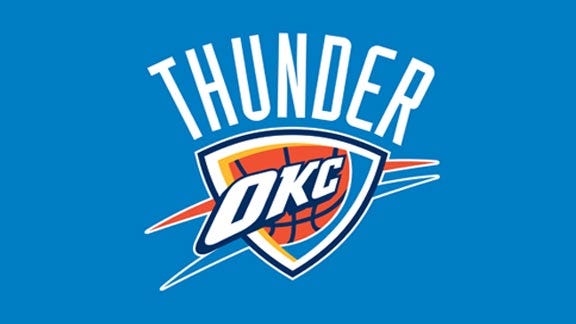 Westbrook missed the preseason and the first two regular-season games after having a procedure to deal with inflammation in his right knee. He had 32 points, 12 rebounds and eight assists in 35 minutes after averaging a triple-double the past two seasons,

De'Aaron Fox scored 22 points and Buddy Hield added 17 for the Kings. They shot 54.9 percent to earn their first win of the season.

Sacramento led 68-56 at halftime behind 54.5 percent shooting. Westbrook had 15 points, nine rebounds and six assists at the break.

The Kings pushed their lead to 17 in the third quarter, but the Thunder rallied. A driving dunk by rookie Hamidou Diallo cut Sacramento's lead to 10 and helped bring the crowd back into the game. Oklahoma City closed the quarter strong, but Sacramento still led 97-90 entering the fourth.

The Thunder cut the deficit to five in the fourth quarter, but Sacramento held on. Hield hit a 3-pointer with just over 2 minutes remaining to slow Oklahoma City's momentum.

Kings: Shumpert scored 16 points in the first quarter and helped the Kings shoot 60 percent in the period. ... Marvin Bagley III, a rookie from Duke, finished with 13 points and seven rebounds. He had scored 19 points in his previous game against New Orleans. ... Hield, who played his college ball at Oklahoma, got a warm ovation during pregame introductions.

Kings: At Denver on Tuesday night.