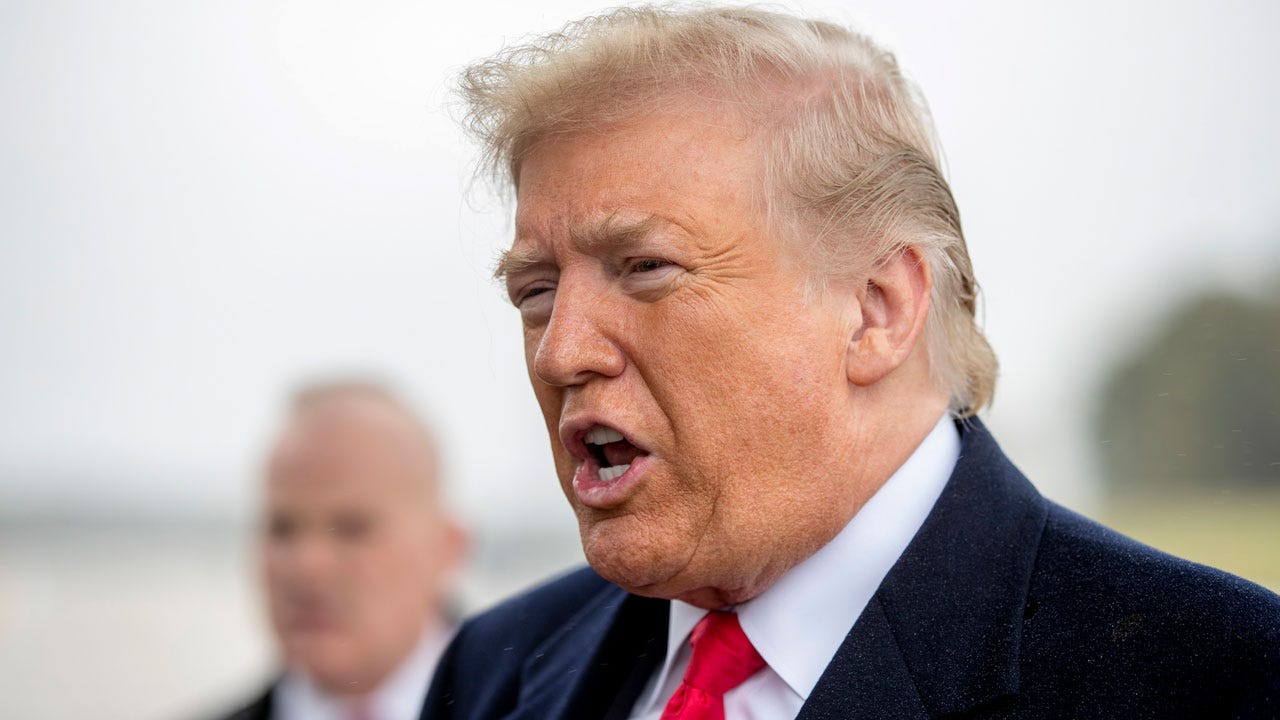 President Trump, in a long interview with Fox News host Laura Ingraham, discussed his trip to Pittsburgh, his recent attacks on the media, what he plans to do with asylum seekers at the southern border and the Florida gubernatorial race. Mr. Trump told Ingraham on "The Ingraham Angle" Monday night why he was going to Pittsburgh after 11 people were killed in a mass shooting at a synagogue on Saturday.

"I'm just going to pay my respects. I'm also going to the hospital to see the officers and some of the people that were so badly hurt," he told Ingraham. He said he "would have done it even sooner, but I didn't want to disrupt anymore than they already had disruption."

Since the shooting and a series of bombs sent to prominent Democrats through the U.S. mail, the president has faced an onslaught of criticism over the aggressive tone he takes toward the media when he tweets. He complained that while some in the media associated him with the mail bombs, Sen. Bernie Sanders, I-Vermont, wasn't attacked when one his devotees shot GOP lawmakers practicing baseball, and President Obama was not blamed for the massacre at a black church.

Asked by Ingraham which organization he was talking about, the president said, "My people understand," and he went on to tell an anecdote about a Washington Post reporter who had underrepresented his crowd at a rally. But he later told Ingraham, "When I say 'the enemy of the people' I'm talking about the fake news and you know it better than anybody."

The president also talked about the challenges he faces on the southern border, where two large caravans are making their way from Mexico toward the U.S. His administration announced Monday that thousands of U.S. troops will be sent in response. He told Ingraham that there would not be a "catch and release policy" at the border -- "we're catching. We're not releasing," he told her.

If the immigrants are applying for asylum, Mr. Trump said the U.S. would hold asylum seekers until their trial.

The president also talked about the Florida gubernatorial race, calling Tallahassee Mayor Andrew Gillum "a stone-cold thief" whose city is "known as the most corrupt in Florida and one of the most corrupt in the nation." He told Ingraham that if Gillum is elected over opponent Ron DeSantis, "Florida will become Venezuela. It will be a disaster." DeSantis, Mr. Trump said, is "a Harvard-Yale guy" and said he's "a very good person."