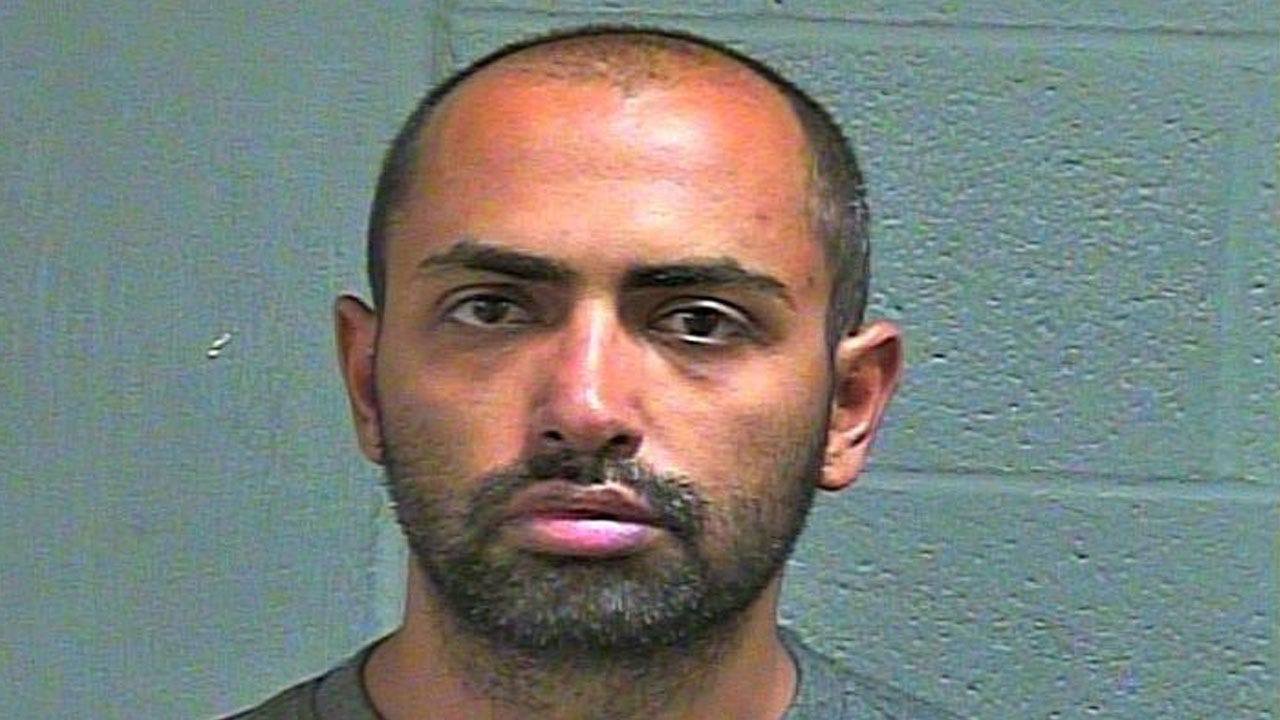 A man who had been seen taking photographs at the Oklahoma City National Memorial & Museum has been accused of threatening to kill by use of explosives.

Amiremad Nayebyazdi, 32, was arrested and booked Friday into the Oklahoma County Jail.

According to a police affidavit, an investigator was contacted on October 30 about a man taking photographs at the Oklahoma City National Memorial. He had been spotted at the Memorial on several occasions taking photographs "of unusual angles and places where people didn't normally take photographs."

A search of FBI documents didn't find anything derogatory on Nayebyazdi, but Oklahoma City Police records indicated arrests on suspicion of possession of controlled dangerous substances, driving under the influence, public intoxication and had been taken into custody in 2014 for a mental health evaluation.

Two days later, the investigator learned of a call that came in to Oklahoma City Police from somebody in California, who said that Nayebyazdi had left a message for his sister in Iran. Nayebyazdi allegedly told his sister that "hundreds are going to die in Oklahoma City. Something very large is going to happen. It will be on the news, and don't tell Mom and Dad until after it is seen on the news."

The caller had received the threat information from a mutual friend, both of whom had grown up with Nayebyazdi, according to police.

Later on November 1, police checked Nayebyazdi's vehicle for explosives, finding none. They then arrested him at his apartment on northwest Fifth Street.

During that arrest, according to the affidavit, Nayebyazdi admitted to police that he had told his sister that hundreds would die in Oklahoma City and that "something big was going to happen." Police then asked him specifically if he had planted any bombs at the National Memorial, and Nayebyazdi denied it.

Nayebyazdi acknowledged to police, according to the affidavit, that he was supposed to be on medication for mental issues but had not been taking his medication. Nayebyazdi was taken to a local hospital for a mental health evaluation.

The Oklahoma City National Memorial & Museum issued the following statement after the arrest of Nayebyazdi:

As you can imagine, we live and work in a heightened state of awareness and security at the Oklahoma City National Memorial & Museum, primarily because of the incident in 1995 and premise for which the Memorial and Museum were even built.

I am very proud of our staff, NPS Rangers and the Memorial Security team for their vigilant work and for being aware of unusual circumstances and working with local law enforcement teams.

We continue to be honored and humbled to work with OKC Police Department, state law enforcement agencies, Joint Terrorism Task Force and the FBI on matters that involve national security and the protection of this national treasure.  Law Enforcement agencies showed us again the standard of their great work.

The Memorial & Museum remain a very safe place to visit and is monitored by a security team 24/7.