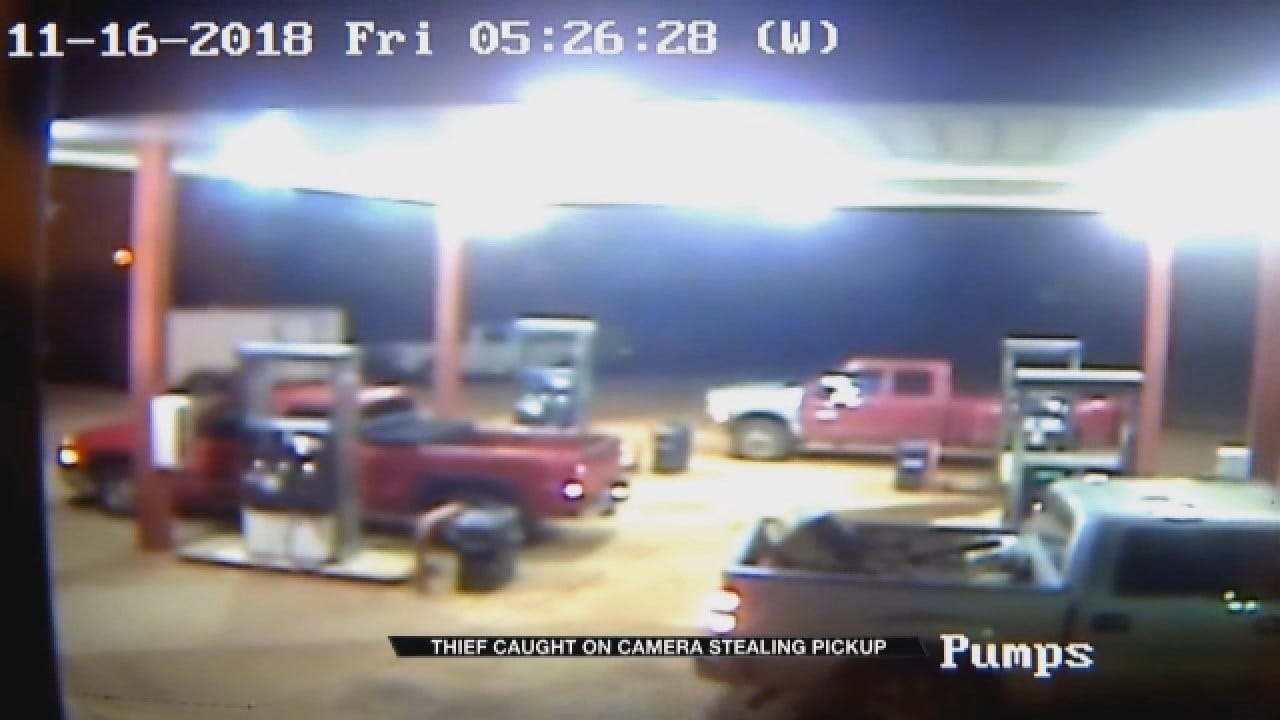 Justin Smith pulled his 2010 Ford F-150 up to the Jacktown Country Market near Meeker at 5:25 a.m. When Smith walked into the store, another man walked out.  A few minutes later, that man jumped into Smith’s truck— that he left running — and sped away.

Smith says he stops at Jacktown practically every day.

“It’s a small town in the middle of nowhere. You guard’s not up, it’s not a big city gas station, you’re just not ready for it.” He said.

The thief and an accomplice got away with an expensive welder, and a child safety seat.  But the surveillance video gives a very good look the suspect who stole the truck.