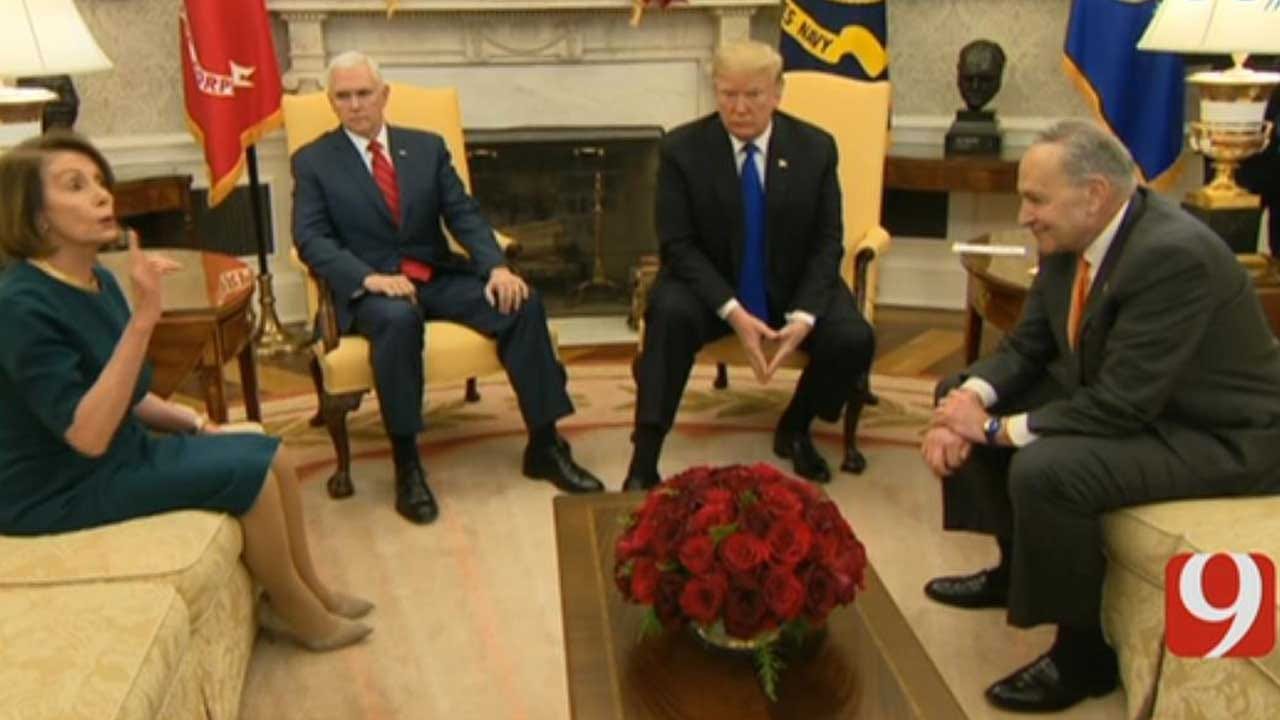 Trump said during the open-press session Tuesday that, "If we don't have border security, we'll shut down the government." He says his long-promised wall will be built one way or another.

Government funding for some agencies is set to expire on Dec. 21, threatening a partial shutdown.

Schumer and Pelosi are urging the president to find another solution, with Schumer saying "we shouldn't shut down the government over a dispute."

Trump is responding by saying he's "proud to shut down the government" and says he will "take the mantle."

Pelosi is also commenting on the meeting's acrimony, noting "this has spiraled downwards."