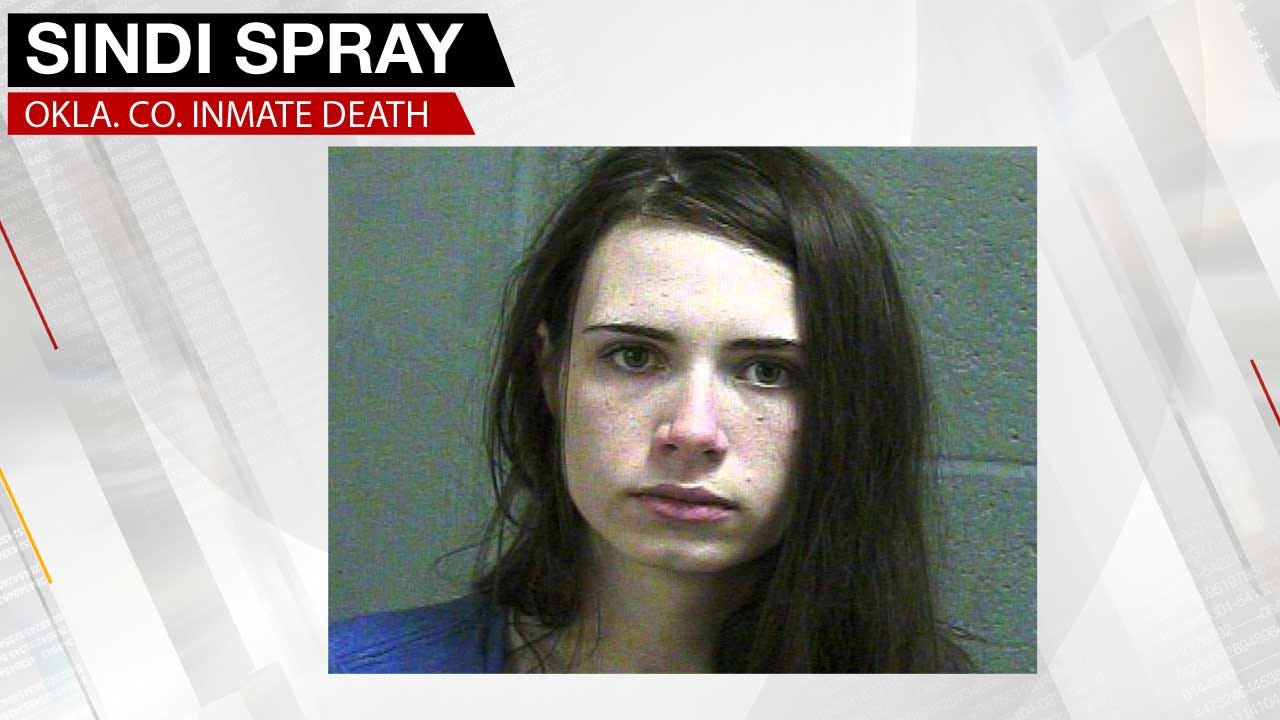 A female inmate died after she was found unresponsive in an Oklahoma County jail cell, the sheriff's office reported.

Sindi Lucille Spray, 24, was found about 5 p.m. Sunday unresponsive in her cell. She died at 5:30 p.m. after medical staff tried to perform life-saving measures.

The jail said Spray had a failure to appear warrant on a misdemeanor charge of offering to engage in prostitution and a felony charge of using access to computers.

The state medical examiner will determine Spray's cause of death and the Oklahoma County sheriff's office will investigate the inmate death.

This is the sixth inmate death at the jail in 2018, the sheriff's office reported.