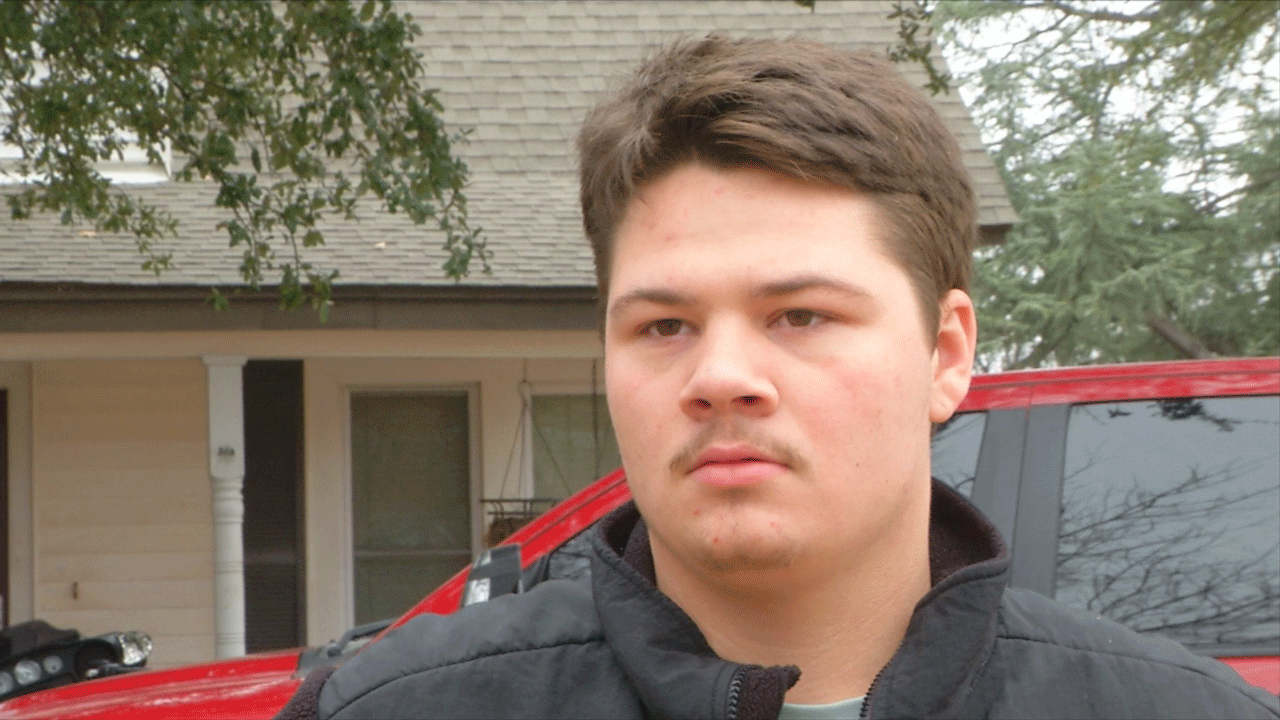 New information potentially indicates why a Norman man pointed a gun at officer in Noble, Tuesday.

Investigators said a Noble Police Officer made a traffic stop on a motorcycle with two men riding it.

Layland Lewis Jr., 37, was driving at the time of the stop, and his son was the passenger.

"The officer was trying to detain him for me not wearing safety equipment on the back of the bike,” Lewis's son, Keith Crebbs said.

The OSBI hasn't confirmed why the officer performed the traffic stop, but after Lewis pulled into the driveway things escalated.

Lewis's family tells us that out of panic, he pointed his gun at the officer. He had a warrant out of Cleveland County for armed robbery, and according to family members, he didn't want to go back to jail.

“He was scared, he didn't want to lose us. Like I'm all he's got,” Kaytlin Lewis, the suspect’s daughter, said.

The officer then proceeded to shoot the gun out of Lewis's hand, according to witnesses.

His family says he was shot in the chest, stomach, and once in the back.

Lewis's family says they know his actions aren't justified, but they're hoping for more clarity on why the officer shot him several times, as well as finding out their loved one's condition in the hospital.

News 9 reached out to officials regarding the family's concerns. They are still combing through evidence before releasing any additional information.