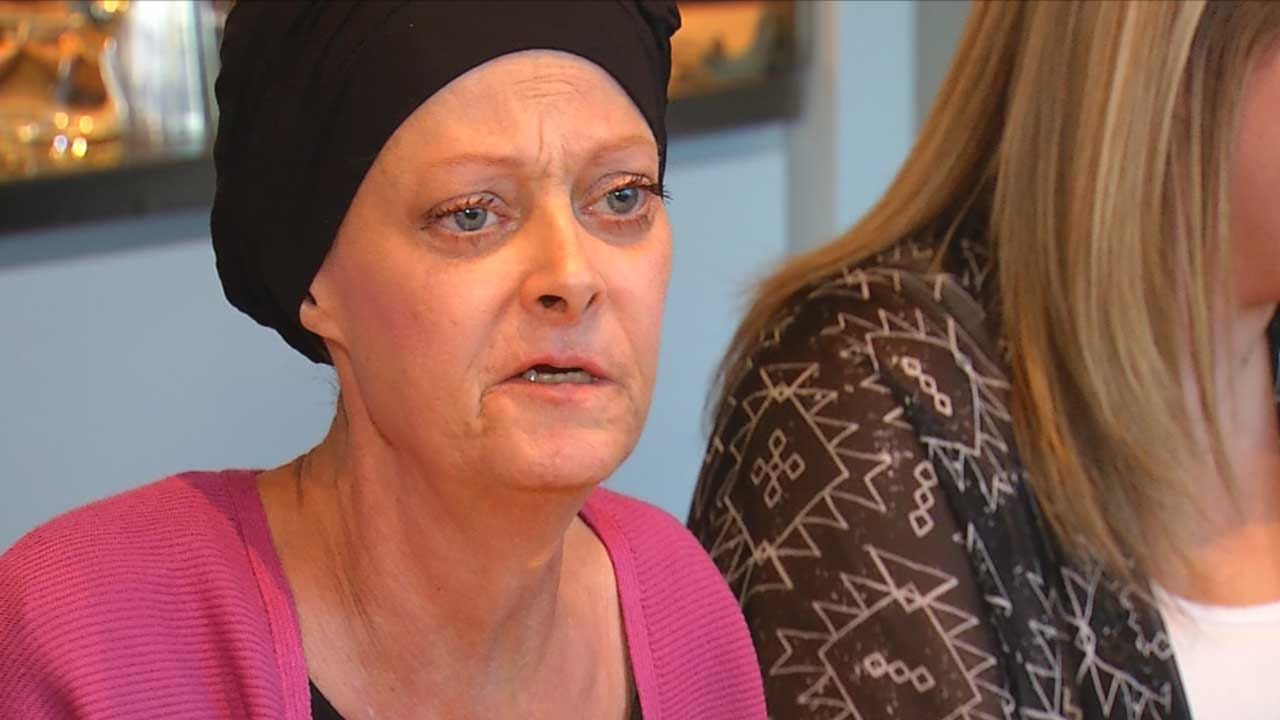 A terminal cancer patient and her family were treated to a meal fit for a queen Wednesday.

Sharilyn Goodreau has fought cancer for more than three years. She’s been a patient at Oklahoma City’s Centennial Hospice for two months, and her time is running short.

Goodreau had wanted to go on a cruise in March, but due to the spread of her cancer, that is likely not going to happen.

However, Wednesday, Goodreau got to ride in a limousine for the first time in her life.  “Eickey” with Paris Limousine picked her up at her daughter’s home in Midwest City, and took her to the home of Brad Johnson, who is the executive chef for all Hal Smith restaurants.

“Anytime I can give back, anytime I can make people’s dreams come true, pick me,” said Johnson.

Johnson and his assistants cooked Goodreau and her family a gourmet chicken dinner.

“She asked for a few specific things,” he said. “She wanted chicken, mushrooms, and she wanted apple pie. I can do all of those things,” he smiled.

Metro Shoe Warehouse, A Date with Iris Florist, and a handful of other businesses showered Goodreau with gifts before her limo ride.  She said she’s very grateful for all of it.

“I know they care about me, and they have from day one showed me that they care. They’ve been good to me,” she said.