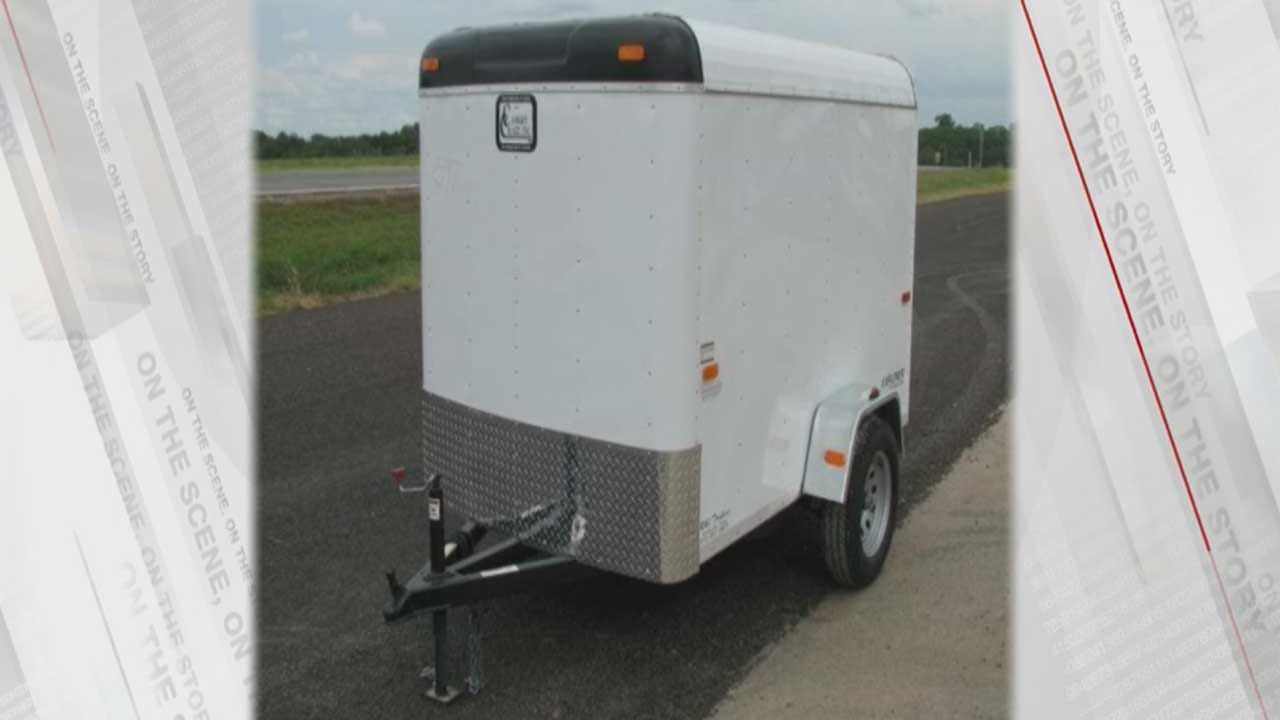 Police are investigating after a trailer was taken from Lyric Theatre.

They are asking for the community’s help in locating the trailer because it is a very important piece to their mission of educating Oklahoma’s students.

Between 2 to 3 p.m. Monday, Lyric Theatre's 5 by 8 white cargo craft trailer was reportedly stolen from their back parking lot in the Plaza District.

“It had everything that we use for our musical interactive program. It had costumes, and our PA system, our brand new mic system, and keyboard. A little bit over $15,000 worth of equipment that lyric uses to go to all of our area Oklahoma schools,” Beth Adele, Director of Marketing at Lyric Theatre of Oklahoma, said.

Lyric Theatre started the musical interactive program in 2007, where they travel across the state visiting schools to teach and entertain students with musical theater.

They've contacted Oklahoma City police, and businesses in the Plaza District are rallying around the theater, trying to skim through surveillance footage that could lead to information.

Lyric Theatre staff members told News 9 it is pretty generic looking, but there are a few noticeable differences.

“It does have the back right plastic part of the red tail light kind of busted a little bit, and some dents in the front where the back of a van may hit it when it's being opened,” Adele said.

She also told News 9 that everyone in the Plaza District is like family, and they are all collaborating to see what needs to be done to protect the area from more theft. The discussion, as of now, is adding more surveillance cameras.

“I'm pretty sure and pretty confident that we're going to get a lead very soon. If not, we here at Lyric Theatre will make sure that the show goes on,” Adele said.

If you happen to see the trailer or know anything at all, you’re asked to call Oklahoma City police, or Lyric Theatre.