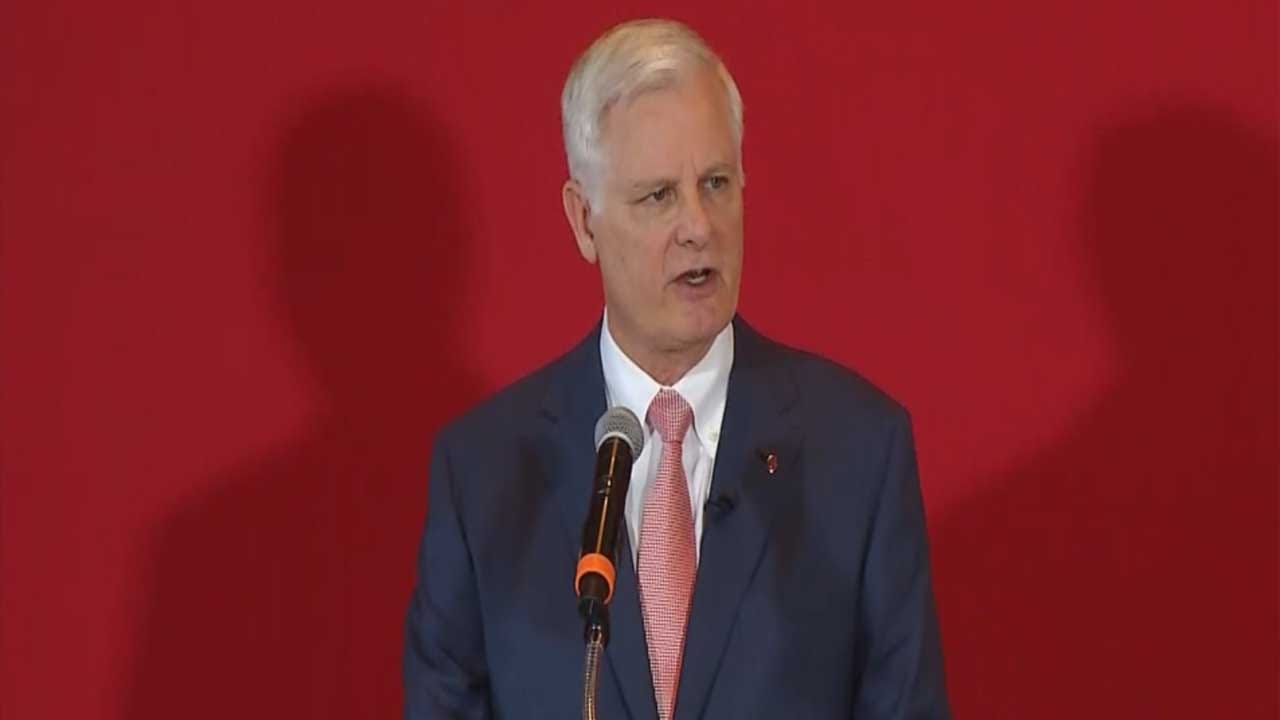 Two OU students who appeared in an online video last week in blackface and using a racial slur, will not be returning to campus.

OU President Jim Gallogly for the first time since the video surfaced blasted it as racist and said the university has to do more to curb what he called systemic racism.

On a day when we are supposed to be honoring the legacy of Dr. Martin Luther King Jr., OU is dealing with fallout from a video that shows two sophomores, one in blackface, using a racial slur.

“This behavior does not reflect the values and principles of the university, our community or state. This video signals to me that we have much more to do” Gallogly said.

This is the second such incident at OU in the past few years. In 2015, the Sigma Alpha Epsilon fraternity was closed after members were seen on video singing a racist song.

President Jim Gallogly says, the university has to do more to combat racism.

“Well first, increase efforts to recruit more student faculty and staff of color on campus. Second, to review our code of conduct to make it as rigorous as possible and addressing inequality and racism. And third, ensure that our campus and inclusion programs and training are robust,” Gallogly said.

As for the two students in the video, Gallogly said, “They decided on their own to withdraw due to the circumstances. They can see the culture rejects this kind of activity... I think it became very clear to them that this type of behavior is not only local news but state news and national news. And they were very surprised by the reaction.”

And it was a broad reaction. The story was picked up by media all over the country.

Tuesday, January 22, students on the OU Campus will rally against racism, and President Gallogly says he will be joining then.