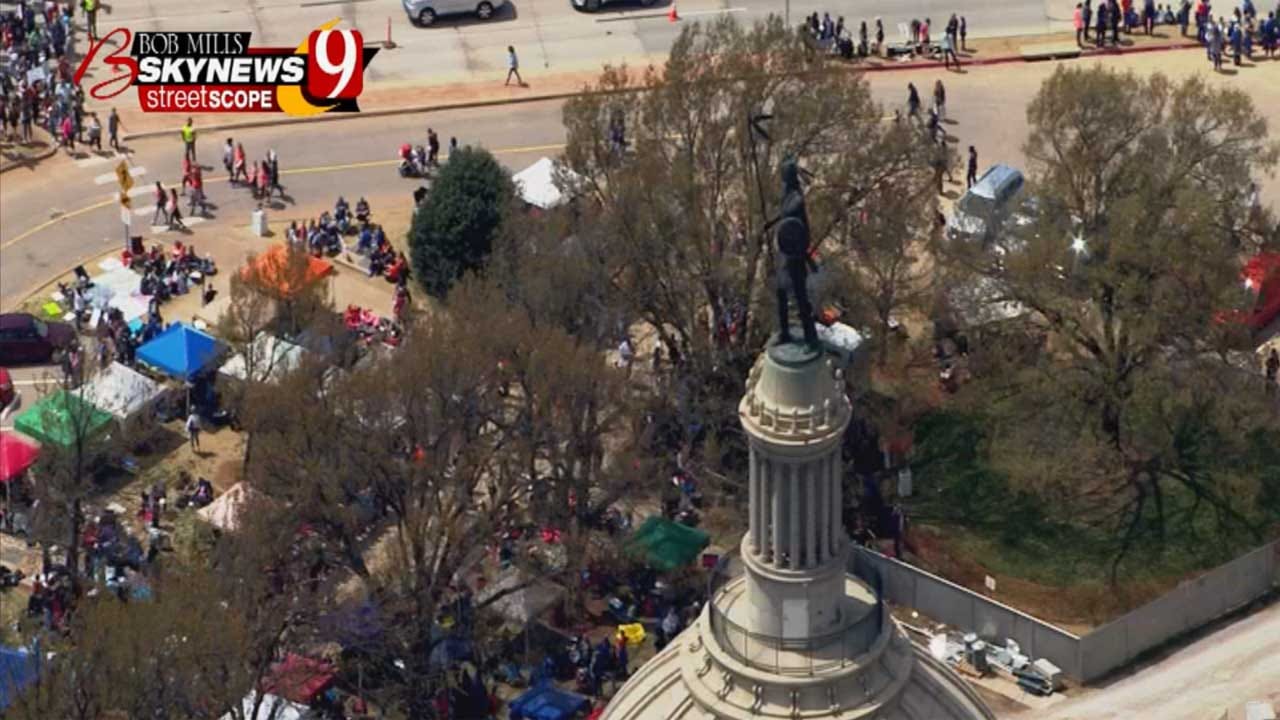 Days before the beginning of the next legislative session, the state’s largest teachers’ organization is confirming the possibility of another statewide walkout to force the hands of lawmakers to fund education.

Oklahoma Education Association spokesperson, Doug Folks confirmed Tuesday afternoon that members of OEA voted to have a so-called “day of advocacy” on April 1, should their funding demands not be met this year.

Last year, after thousands of teachers left their classrooms and took over the capitol, the walkout resulted in the largest tax increase in state history. Teachers were given a $6000 raise and $50 million for education funding.

This year, OEA leaders are calling on the legislature to find $400 million to fund another $3000 in raises, $2500 for support staff and $150 million for classroom funds. Their members say if they don't get that money they'll hold their day of advocacy, which could mean everything from a small rally to a full-scale walkout or even a walk-in.

“A walkout never was and isn’t the goal; funding education is the goal,” Folks said.

The news comes as the State Department of Education asked for an increase in funding nearly identical to the demands from OEA. State Superintendent Joy Hofmeister saying in her proposal she'd like $3.35 billion for Oklahoma schools, a $440 million increase from last year.

“We would ask for an investment in professional development for our teachers. We also need to mentor our new teachers and then have growth and leadership opportunities for them,” Hofmeister said from the House floor on Tuesday.

Many new and veteran lawmakers made pledges during the campaign to continue to focus on education. Many freshmen legislators were teachers themselves, riding the wave of activism from the spring into office. But as the start of session nears, the legislature has appeared to be Janus-faced, split among itself over how to address Oklahoma’s education woes.

On Tuesday, State Senate Republicans outlined their legislative priorities for the upcoming session included a renewed focus on state education and Oklahoma schools, both of which routinely ranked near the bottom of national lists for quality and funding. Among their priorities is ending four-day school weeks. There are 208 schools in 92 Oklahoma districts that have four-day weeks, according to the state Education Department.

On the other side of that sentiments, several lawmakers have targeted teachers and education advocates. One lawmaker proposed a bill to charge groups of 100 or more people to pay a deposit of $50,000 to pay for an unknown amount of clean-up or damage costs.

Another bill, proposed by a former teacher, would punish teachers who engaged in walkout or strike adjacent activity by docking their pay or revoking their emergency certification.

Despite the early presentation of duality, teachers remain optimistic the uneasy truce after last year’s walkout will remain, with the clock now ticking for lawmakers as April 1 draws near.