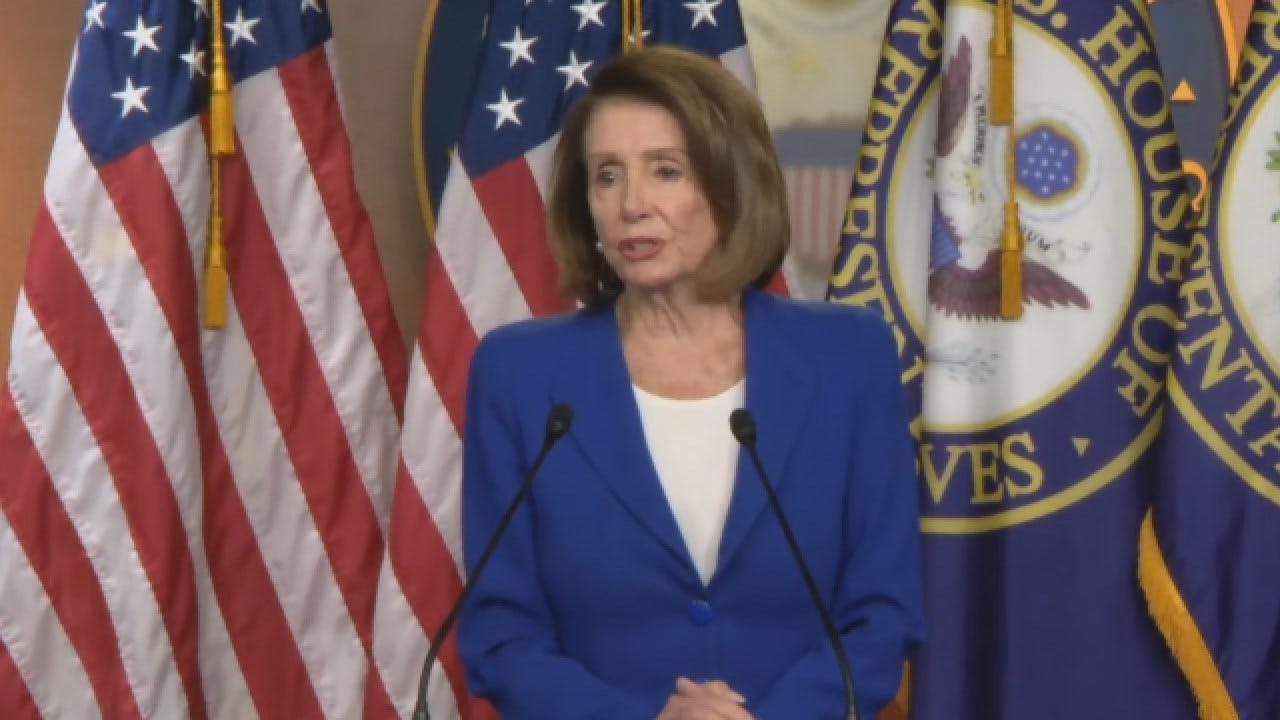 House Speaker Nancy Pelosi says that the president's suggestion of border security legislation that would trade any temporary protection for DACA (Deferred Action on Childhood Arrivals) recipients for a permanent border wall is a "non-starter." Her comments come as Democrats begin to work with Republicans in an effort to formulate a deal on border security while averting yet another government shutdown.

"Those protections were there until you decided to take them away so now you're going to come back and say 'I'll give them to you for three years' that is not  a protection, a protection is something that has certainty to it," said Pelosi.

House Democrats unveiled details of their border security proposal on Wednesday during a conference committee meeting. It would include money to hire additional customs officers and immigration judges, improve scanning at border ports of entry and provide humanitarian assistance for migrants. Missing from the proposal, however, was any funding for President Trump's long-promised border wall or any structural barrier.

Pelosi reiterated on Thursday that "there's not going to be any wall money in the legislation" but left the door open for GOP suggestions on how to address the issue of stronger technology along the border as well as improving security at ports of entry.

"90 percent of what were concerned about comes thru point of entry," said Pelosi, adding, "let's make them stronger."

CBS News' Nancy Cordes notes that Pelosi on Thursday appeared to concede to allowing the president to refer to areas of existing "enhanced fencing" already in place along the southern border as a "wall."

"If the president wants to call that a wall (shrugs) he can call that a wall," said Pelosi when discussing already-present fencing at the border.  Overall, she said she "hopes" another shutdown is off the negotiation table.

Mr. Trump charged congressional negotiators to hash out the border deal in three-weeks time or run the risk of a second shutdown this year.  The president has also not ruled out declaring a national emergency that would enable him to redirect budget funds to building parts of a wall or barrier.

The president tweeted Thursday morning that his border wall is "getting done one way or the other" and suggested Democrats "stop playing political games."

The president tweeted Thursday morning that his border wall is \"getting done one way or the other\" and suggested Democrats \"stop playing political games.\"