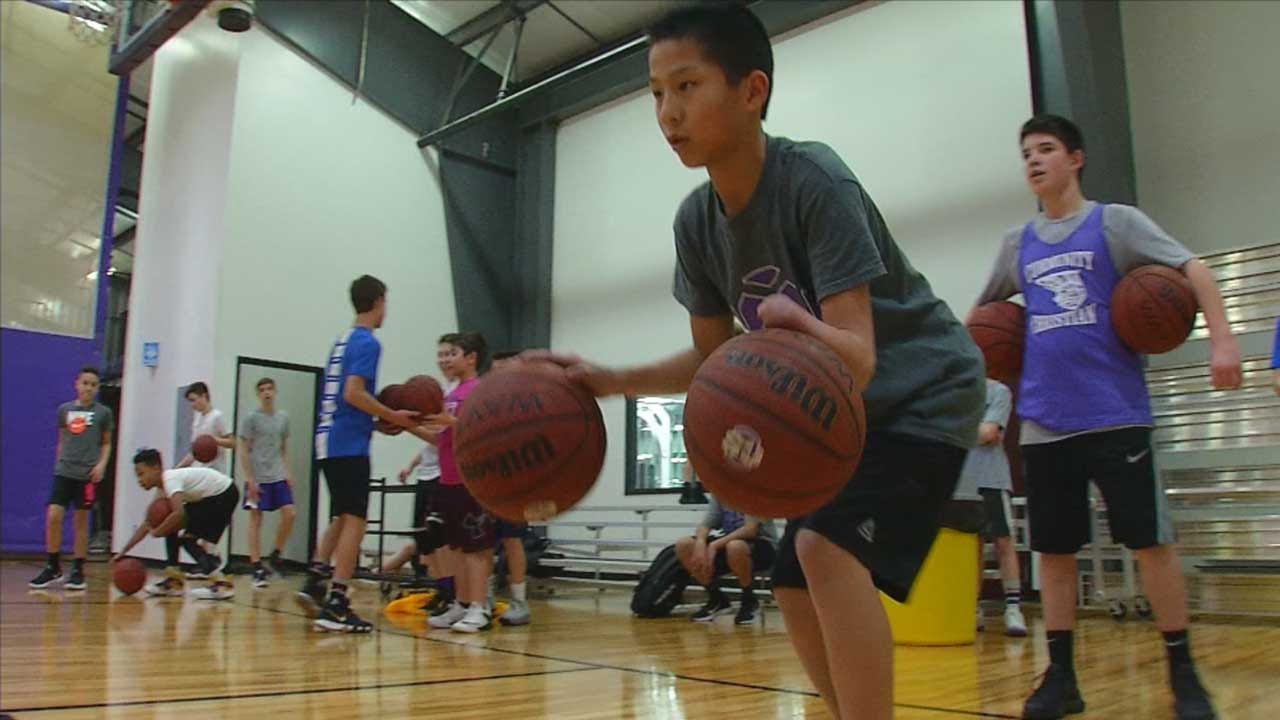 An Oklahoma boy wins the trip of a lifetime. Kole Gilleland will head to Atlanta this weekend to watch the New England patriots take on the Los Angeles Rams on Super Bowl Sunday. All for being an inspiration to his dad.

"I like to challenge myself a lot because I want to give it all I got," said Kole Gilleland.

It's a motto the 13-year-old from Oklahoma lives by every day, never letting his handicap hold him back.

"From day one, with all of our drills, we do a lot of two-handed ball handling stuff, he just jumped out there and just worked," said Mike Mitchell, Kole's Basketball Coach at Community Christian School in Norman.

Kole was born with amniotic band syndrome, a condition that left him with only one hand.

"They push me hard coaches and staff here and players are really good, so they don't go easy on me just because I have one hand," Kole said.

Kole's parents Jeff and Sheri adopted him from China when he was 3 and a half years old. He has two sisters, Kendall, who was also adopted and Katelyn, the couple's biological daughter.

"I ask him to do the same things that I do with two hands," said Jeff Gilleland, Kole's father. "I don't cut him any slack and he doesn't expect any slack."

For years, Kole and Jeff have followed Seattle Seahawk linebacker Shaquem Griffin, who has the same condition as Kole and missing his left hand.

"He's a great player," said Kole about Griffin. "He gives 110 percent, he never quits. He's a really good inspiration for me."

For Jeff, his son has always been an inspiration to him. So when he stumbled upon Gillette's "Your Best Never Comes Easy" contest featuring Griffin, he sent in an action shot picture of Kole playing soccer along with three words.

"Give three words of somebody who inspires you to live your life every day," Jeff said. "I put perseverance, inspiration and amazing."

Fast forward a month later, surrounded by his entire family, Jeff surprised Kole during a school assembly that they won an all-expense paid trip to the Super Bowl.

"I thought it was a dream at first," Kole said. "I was like 'wow, I can't believe this is happening.' It was great though."

"He's got one hand, he wakes up every day and it's twice as hard for him to do most everything that I do, that I take for granted and he never complains," said Jeff. "He goes about his day, he competes with these kids just like he's got two hands."

"It couldn't have happened to a better kid and he truly is the spirit of what that award is about," said Mitchell.

Jeff and Kole will spend the weekend visiting Atlanta and of course attending the Super Bowl on Sunday. They also won $1,000 cash to spend during their trip.