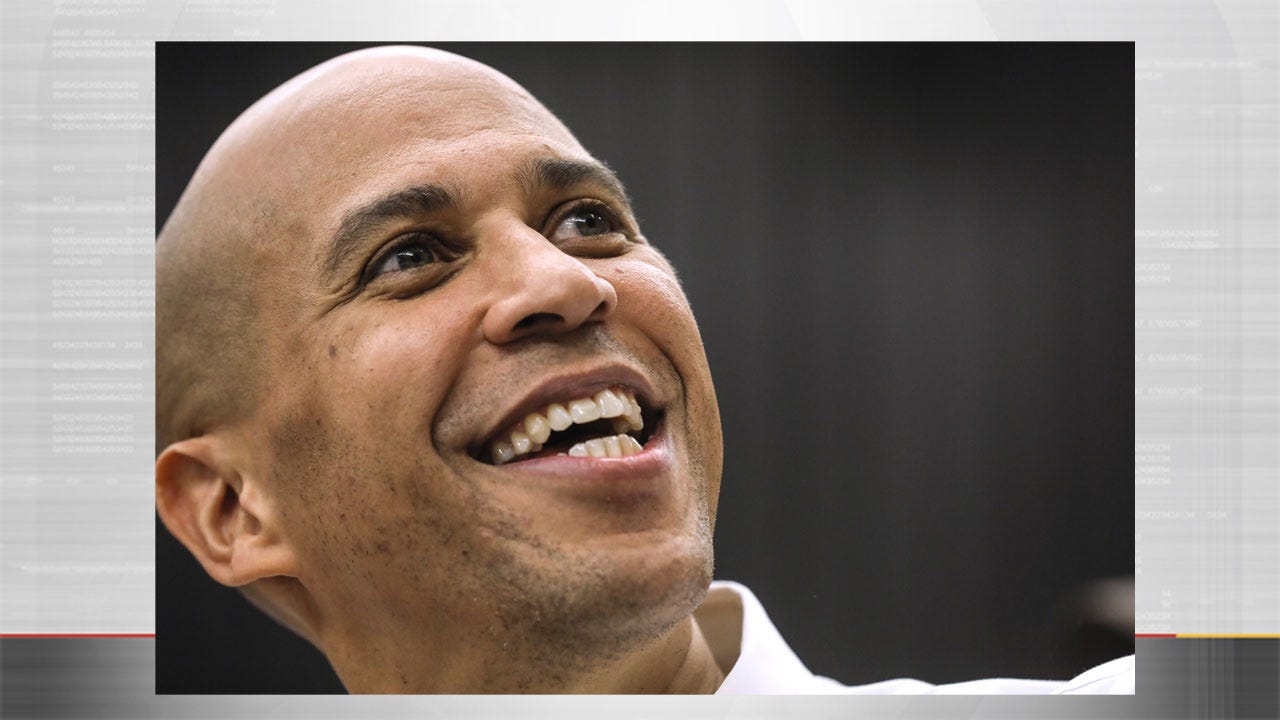 New Jersey Senator Cory Booker is joining the 2020 Democratic presidential contest, announcing his campaign on Friday with a tweet and an emailed video to supporters.

"We are better when we help each other," he said. "I believe that we can build a country where no one is forgotten, no one is left behind; where parents can put food on the table; where there are good paying jobs with good benefits in every neighborhood; where our criminal justice system keeps us safe, instead of shuffling more children into cages and coffins; where we see the faces of our leaders on television and feel pride, not shame."

"The history of our nation is defined by collective action; by interwoven destinies of slaves and abolitionists; of those born here and those who chose America as home; of those who took up arms to defend our country, and those who linked arms to challenge and change it," Booker said in the video Friday.

The New Jersey senator plans to visit Iowa the weekend of February 8th and will then campaign in South Carolina, a key primary state where African American voters will play a significant role in shaping the course of the primary. This will be Booker's second trip to the state this month, following a speech in Columbia on MLK Day. He also plans to head to New Hampshire on President's Day weekend.

By the time of his announcement, Booker had already spent time during the 2018 midterm election campaigning for congressional candidates and testing the waters for a presidential bid in the early states. Through those campaign stops, Booker aimed to carve out a niche for himself in the 2020 field as a voice of compassion. In Iowa, for example, he told reporters that he wants to "be a voice in this country for love."

And during a trip to New Hampshire in December, he told an audience of activists and party officials that "What we need now is courageous actors who call to the conscience of our country a higher moral imagination, who call for a revival of civic grace."

In a Democratic primary that figures to be, at least in part, an audition to take on Donald Trump in 2020, party voters will decide whether Booker's strategy will win out over others who approach the incumbent president with harsher rhetoric. But so far, activists in early states say Booker's work ethic during the 2018 midterms was notable. "He went from being a person about folks knew nothing about to having a great impression," one veteran Iowa operative told CBS.

Booker, a graduate of Stanford and a Rhodes Scholar, made a name for himself on the national stage as the social media-savvy mayor of Newark. He won a special election to the U.S. Senate in 2013, and was re-elected to a full term in 2014. In the Senate, Booker has garnered national attention for his appearances as a member of the Judiciary Committee. In 2017, he became the first sitting senator to testify against a colleague in a confirmation hearing when he urged the committee to vote against Jeff Sessions for Attorney General.

"The arc of the universe does not just naturally curve toward justice – we must bend it," he said in opposing Sessions. The statement, which could be seen as the theme for his stump speech, revisits a 19th century quote famously uttered a hundred years later by Martin Luther King Jr., that "the arc of the moral universe is long, but it bends toward justice."

Booker made headlines again in 2018 for his other precedent breaking "I am Spartacus" moment, in the hearing for Supreme Court nominee Brett Kavanaugh.

But he hasn't been entirely opposed to the Trump administration. In December, he supported a bipartisan criminal justice reform bill that was signed by the president. "This bill is a step forward for our criminal justice system. By no means can it be the only step – it must be the beginning of a long effort to restore justice to our justice system," Booker said of the legislation, previewing what may be among the many issues surrounding the 2020 contest.