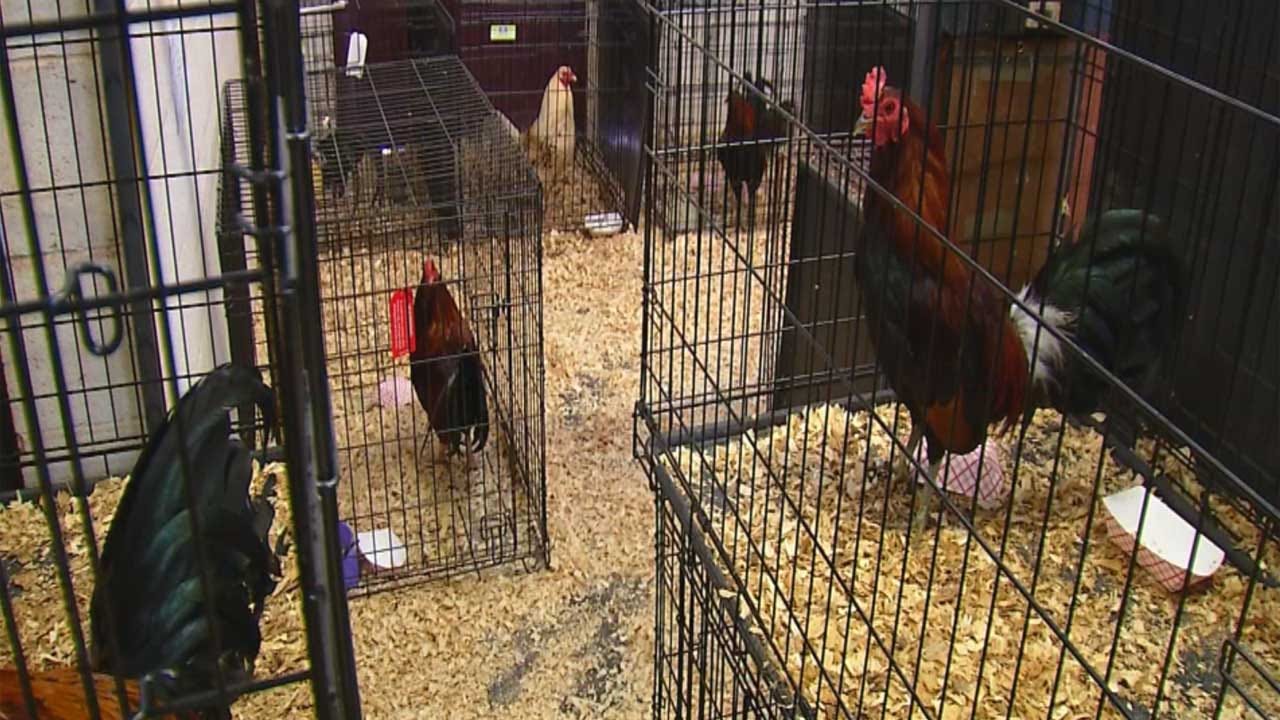 For nearly two weeks, the city has been caring for hundreds of chickens, police believe, were used in a cockfighting operation.

Officers responded to a home near Northeast 36th Street and Anderson Road to serve an arrest warrant for an individual. Soon, two others at the home were cuffed, and the birds were caged.

OKC Animal Welfare's Jon Gary says workers assembled dog crates to house the birds inside an area livestock are usually kept. Make-shift barriers have been placed in between the kennels.

“The roosters will fight as soon as they see each other,” says Gary.

“We don't have the proper housing for these birds,” admits Gary.

OKC Animal Welfare is going through the legal process of taking ownership on the birds. If that happens, the hens will likely be put up for adoption.

The roosters will not be adopted out.

“We will work with groups outside the state that specialize with these types of birds,” says Gary about the roosters.

The roosters that can’t be picked up by outside groups, will be euthanized, according to OKC Animal Welfare.