Trump Urges Late-Term Abortion Ban During State Of The Union 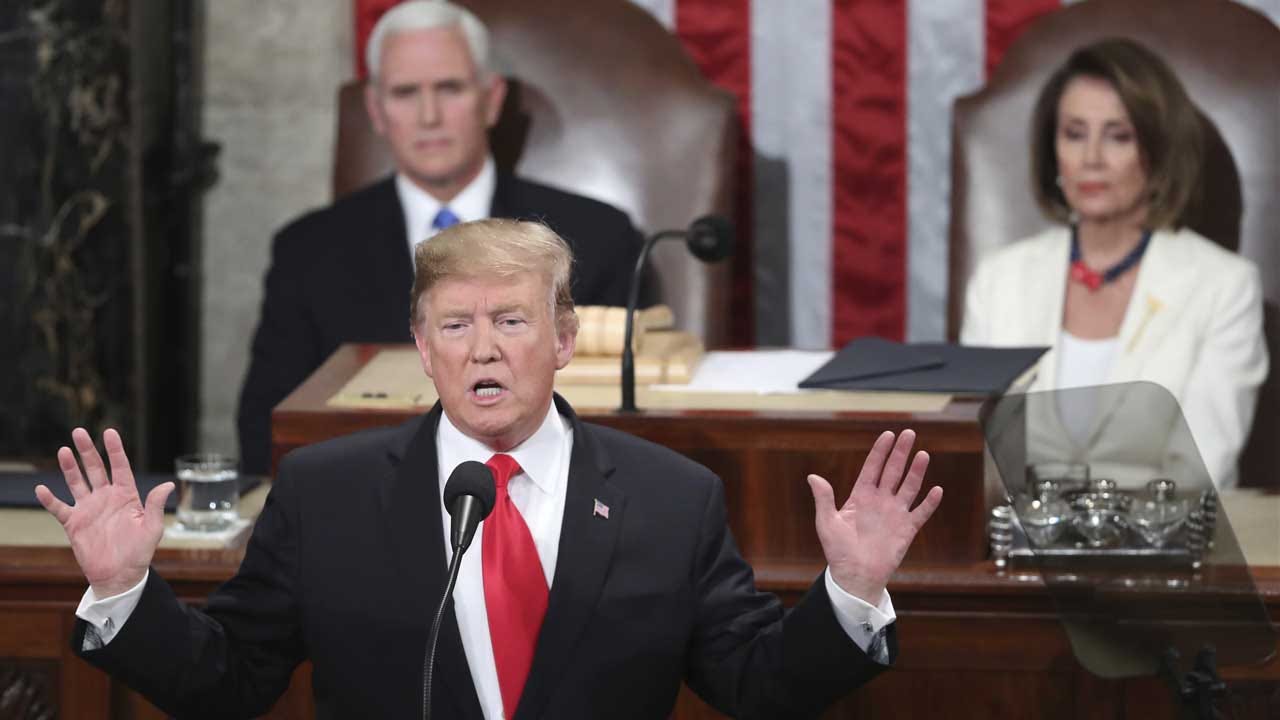 "To defend the dignity of every person, I am asking Congress to pass legislation to prohibit the late-term abortion of children who can feel pain in the mother's womb," Mr. Trump said. "Let us work together to build a culture that cherishes innocent life."

"Let us reaffirm a fundamental truth: all children — born and unborn — are made in the holy image of God," he added.

His remarks drew fervent cheers from Republican lawmakers on the House floor. Mr. Trump cited "the case of the governor of Virginia where he stated he would execute a baby after birth." Last week, Northam stirred controversy when he described to a radio station how the procedures for a late-term abortion could occur under a proposed bill in the Virginia legislature. He did not say he would "execute" a baby.

See Also: Most Viewers Approved Of Trump's Second State Of The Union Address

Under current Virginia law, abortions during the third trimester require a determination by a doctor and two consulting physicians that continuing the pregnancy would likely result in the woman's death or "substantially and irremediably" impair her mental or physical health. The bill, proposed in the Virginia House of Delegates by Democratic legislator Kathy Tran, would require only one doctor to make the determination that the pregnancy threatens the woman's life or health. Additionally, the legislation would eliminate the requirement that abortions during the second trimester be performed at a hospital licensed by the state.

Northam is also facing mounting pressure to resign after the revelation of a racist yearbook photo from his time in medical school. The photo depicts a man wearing blackface and another dressed as a member of the Ku Klux Klan. After initially apologizing for it, Northam has recently said he believes he's neither of the men in the photo.

During his address, the president also denounced a recently passed New York law allowing abortions after 24 weeks of pregnancy if the life of the mother is at risk or the fetus is not viable.

"Lawmakers in New York cheered with delight upon the passage of legislation that would allow a baby to be ripped from the mother's womb moments from birth," Mr. Trump said. "These are living, feeling, beautiful, babies who will never get the chance to share their love and their  dreams with the world."

The legislation in New York, dubbed Reproductive Health Act, was signed by Gov. Andrew Cuomo on Jan. 22. It allows abortions when "the patient is within twenty-four weeks from the commencement of pregnancy, or there is an absence of fetal viability, or the abortion is necessary to protect the patient's life or health" and a medical professional makes a "reasonable and good faith professional judgment based on the facts of the patient's case."

Progressive leaders and groups quickly condemned the president's comments and his dissemination of "misinformation."

"Inflammatory lies about later abortion not only spread dangerous misinformation, they villainize pregnant people and families who have had an abortion later in pregnancy, usually under difficult and tragic circumstances," Planned Parenthood wrote on Twitter Tuesday.

Kathryn Watson contributed to this report.

Trump Urges Late-Term Abortion Ban During State Of The Union