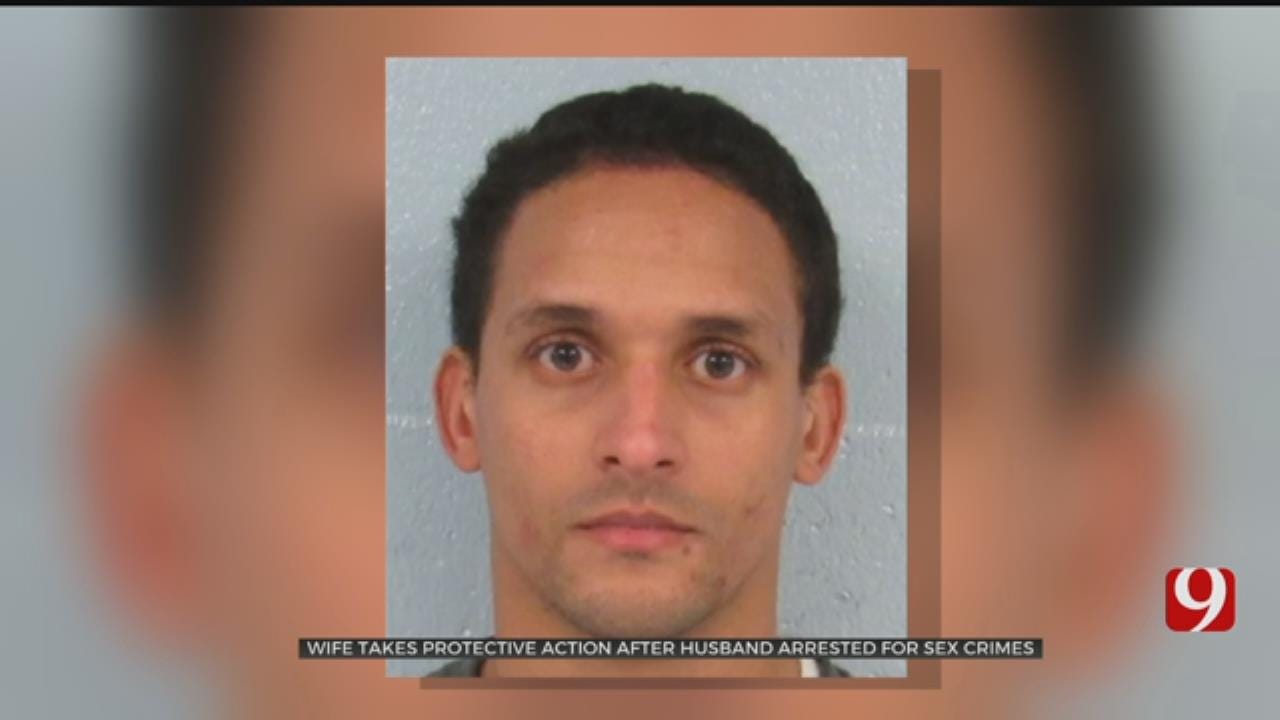 The wife of a volunteer wrestling coach is taking action against him, after police arrested him for having a sexual relationship with an Edmond teenager earlier this week. Joseph Martinez, 27, is now being ousted from his family.

Megan Martinez filed for divorce a day after her husband’s arrest and immediately asked for an emergency order to have custody of their children and home.

Speaking through her attorney, Megan says the allegations that her husband Joseph had an affair with a then-15-year-old family friend made her take steps to protect her two young children.

Attorney Brian Putnam says, “We would rather take things a little too seriously and back up later than do it the other way around and risk further harm to any of the children.”

The victim told Edmond police that Joseph Martinez gave her a secret phone, where investigators say they found proof of the relationship.

Police are now trying to determine if there were any other victims, but his wife just wants to ensure the impact on their own children is minimal.

“One of them is definitely young enough not to know what’s going on right now, so that’s fortunate,” Putnam says. “The other one may be starting to get a sense of what’s happening. I think she’s going to notice that Daddy’s not home.”

Martinez registered as a sex offender after a rape conviction in McIntosh County in 2012, but he was taken off the list five years later, 10 years short of the state's minimum requirement. It remains unclear why his registration was short, as the judge who made the ruling is no longer alive.

The relationship with Martinez’s latest victim started less than a year after his information was removed from the registry, and that new knowledge is the last straw for Martinez's wife.

“I think there are a lot of things she would like to say to him,” says Putnam, “but it would be best to keep those to ourselves at the moment.”

The next hearing in this case is Feb. 13, when Joseph Martinez will have a chance to explain to the judge why he should be allowed to see his children and return to his home.