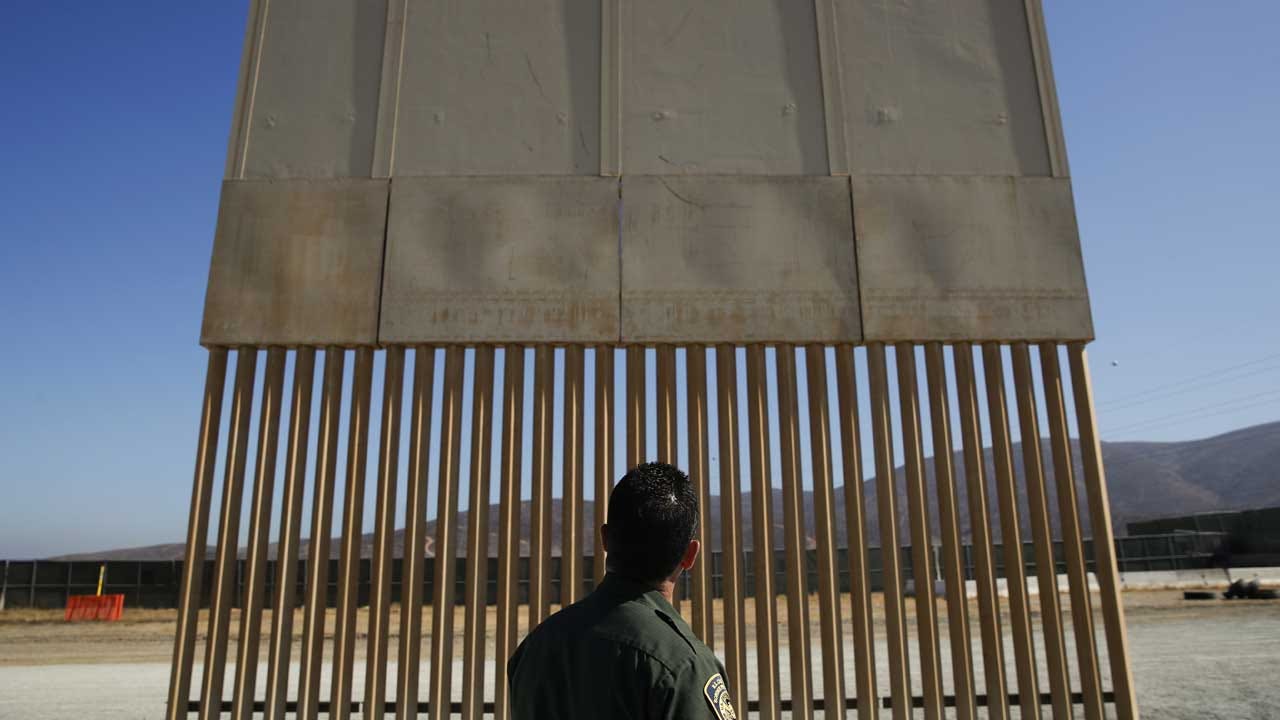 When President Trump declared a national emergency along the southern border, he predicted his administration would end up defending it all the way to the Supreme Court.

That might have been the only thing Mr. Trump said Friday that produced near-universal agreement.

The American Civil Liberties Union announced its intention to sue less than an hour after the White House released the text of Mr. Trump's declaration, which said the "current situation at the southern border presents a border security and humanitarian crisis that threatens core national security interests and constitutes a national emergency."

Nonprofit watchdog group Public Citizen later filed suit, urging the U.S. District Court for the District of Columbia to "bar Trump and the U.S. Department of Defense from using the declaration and funds appropriated for other purposes to build a border wall."

The coming legal fights seem likely to hinge on two main issues: Can the president declare a national emergency to build a border wall in the face of Congress' refusal to give him all the money he wanted, and, under the federal law Mr. Trump invoked in his declaration, can the Defense Department take money from some congressionally approved military construction projects to pay for wall construction?

Mr. Trump relied on the National Emergencies Act of 1975, which Congress adopted as a way to put some limits on presidential use of national emergencies. The act requires a president to notify Congress publicly of the national emergency and to report every six months. The law also says the president must renew the emergency every year, simply by notifying Congress.

The House and Senate can revoke a declaration by majority vote, but it would take a two-thirds vote by each house to override an expected presidential veto.

Beyond that, the law doesn't say what constitutes a national emergency or impose any other limits on the president.

Section 12302 authorizes "involuntary activation" of reserve troops to perform a "federal mission at the direction of the secretary of defense." Section 284(b)(7) allows the DOD to support counter-drug activities of other federal agencies, such as the Department of Homeland Security (DHS) "with the construction of roads, fences, and lighting" to disrupt drug trafficking.

Section 2808 of Title X authorizes the Defense secretary to decide whether barriers are necessary to support the actions of the armed services, and to redirect unobligated military construction funds to construct the border barriers.

The broad grant of discretion to the president could make it hard to persuade courts to rule that Mr. Trump exceeded his authority in declaring a border emergency.

"He's the one who gets to make the call. We can't second-guess it," said John Eastman, a professor of constitutional law at the Chapman University School of Law.

Courts often are reluctant to look beyond the justifications the president included in his proclamation, Ohio State University law professor Peter Shane said on a call organized by the liberal American Constitution Society.

But other legal experts said the facts are powerfully arrayed against the president. They include government statistics showing a decades-long decline in illegal border crossings, as well as Mr. Trump's rejection of a deal last year that would have provided more than the nearly $1.4 billion he got for border security in the budget agreement he signed Thursday.

Opponents of the declaration also are certain to use Mr. Trump's own words at his Rose Garden news conference Friday to argue that there is no emergency on the border.

"I could do the wall over a longer period of time," Mr. Trump said. "I didn't need to do this, but I'd rather do it much faster."

ACLU executive director Anthony Romero said Mr. Trump's remarks are an admission that there is no national emergency. "He just grew impatient and frustrated with Congress," Romero said in a statement.

However, trying to turn the president's words against him failed in the challenge to Mr. Trump's ban on travel to the United States by citizens of several mostly Muslim countries. The ban's opponents argued that Mr. Trump's comments as a candidate and as president showed the ban was motivated by anti-Muslim bias, not concern about national security. Lower courts struck down the ban, but the Supreme Court upheld it in a 5-4 vote last year.

Mr. Trump said he expected to lose in lower courts that he claims have been unfair to him, particularly if lawsuits are filed in California. "Hopefully, we'll get a fair shake and we'll win in the Supreme Court, just like the ban," he said on Friday.

Beyond the challenge to Mr. Trump's authority to declare an emergency, lawsuits also are expected to focus on the military construction project law that allows the re-allocation of money in a national emergency.

"It's hard to know how exactly this is going to unfold politically or judicially," said Shane, the Ohio State professor.