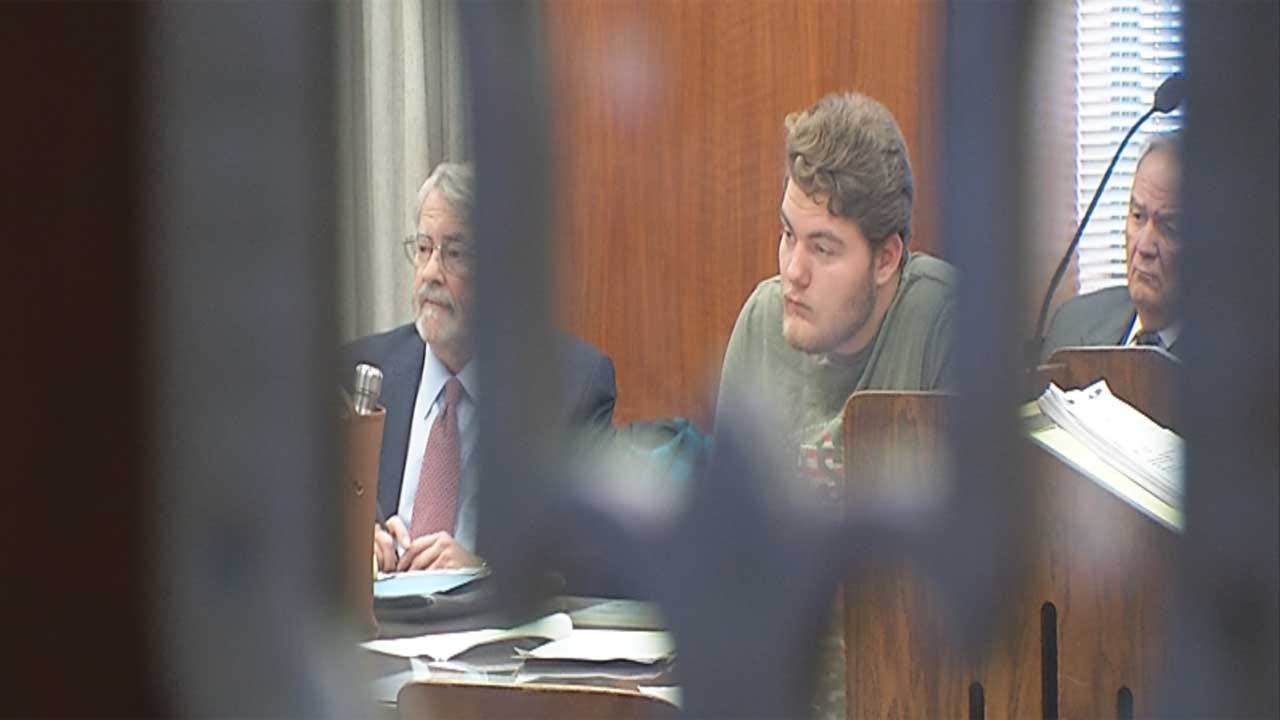 A Putnam City West football player allegedly violated with a broomstick testified in court on Tuesday. One of the accused football players now faces a new charge of attempted rape in the second degree.

McLain is accused of participating in a hazing incident last year in the high school's varsity locker room.

The first witness described how McLain grabbed the 14-year-old victim by the arms, pinning them behind the victim's back. A second player held the teen's legs off the ground. The witness said he held the victim's hips while a fourth player grabbed a broomstick and used it to violate the freshman football player.

The victim also took the stand. He told the court he was scared and crying from pain during the assault.

He said McLain told him after the incident, "It's fine. It's happened before."

After hearing testimony, the judge amended the assault and battery with a dangerous weapon charge to attempted rape in the second degree.

He told prosecutors the assault charge did not meet the burden of proof that the broomstick caused "great bodily harm."

The state now has 10 days to appeal the dismissal of the assault charge.

McLain’s next court appearance is scheduled to be heard in front of a district judge at 9 a.m. on March 1.