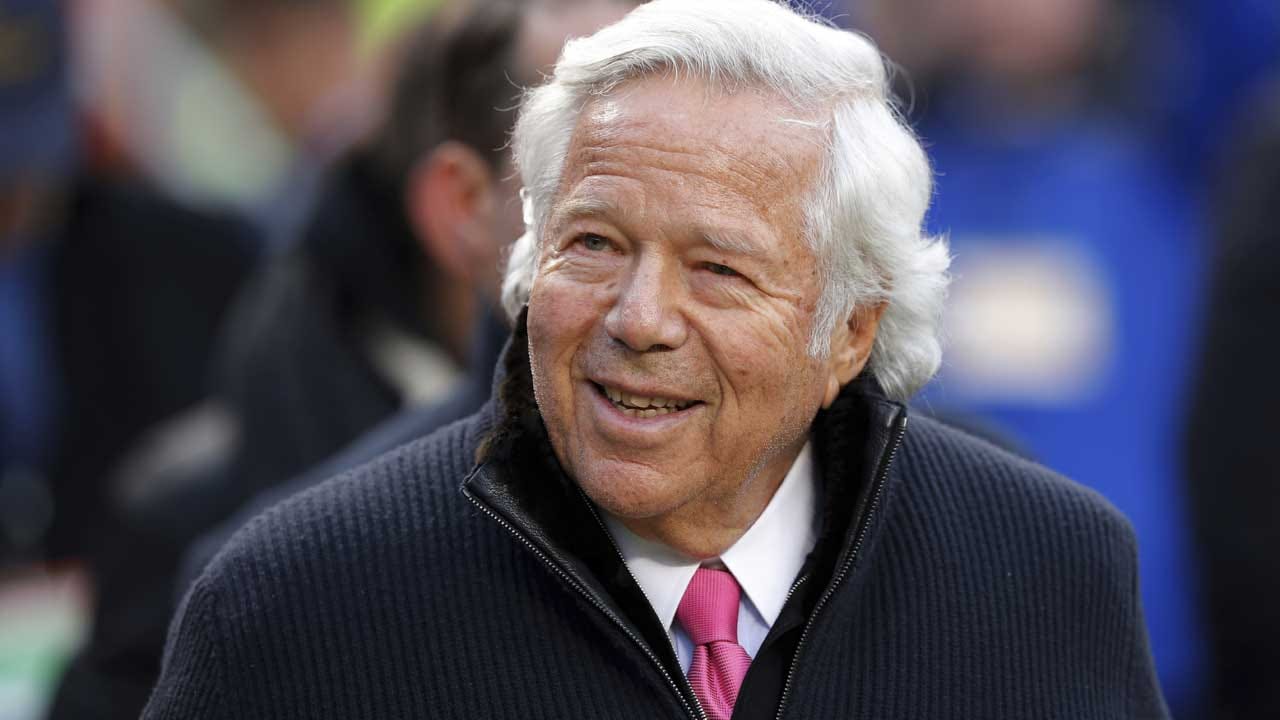 New England Patriots owner Robert Kraft is being charged in Palm Beach County after being caught in a sex sting, according to police. He is charged with two counts of soliciting someone to commit prostitution, and police say they have videotape of him paying for the sex acts at an illicit massage parlor, CBS Miami reported.

It stems from a months-long investigation into the Orchids of Asia Day Spa in Jupiter, where two women were arrested earlier this week, according to police. The spa was among 10 shut down in Orlando, Palm Beach County and the Treasure Coast after a several-month investigation revealed women there were in "sexual servitude," according to arrest records.

About 200 arrest warrants have been issued in recent days and more are expected.

"We're as equally stunned as anyone else," Jupiter Police Chief Daniel Kerr said during a Friday morning news conference. Police also confirmed they have video evidence capturing the sex act.

Kraft's name is on a list of 25 people who will face charges in connection to a crackdown on human trafficking and spa sex acts. He is facing two counts, meaning police have evidence of him inside the spa on two separate occasions, CBS Miami reported.

Police said Kraft was driven to the spa by a chauffeur. "It appears when you go to the spa for a half hour the fee would be $59, for an hour that would be $79," the lead detective on the case, Andrew Sharp, said at the news conference. He could not say how long Kraft was allegedly there or what he paid.

The charges are misdemeanors and Kraft will have to appear in court. Police said Kraft will receive a notice in the mail if he lives in Palm Beach County. Outside the county, Kraft would receive a warrant for his arrest.

"We categorically deny that Mr. Kraft engaged in any illegal activity," a spokesperson for Kraft said Friday in a statement. "Because it is a judicial matter, we will not be commenting further."

Kraft, 77, has owned the Patriots for 25 years. The Patriots have won six Super Bowls during that time, most recently Super Bowl LIII earlier this month in Atlanta. He has four sons. His wife Myra died in 2011.