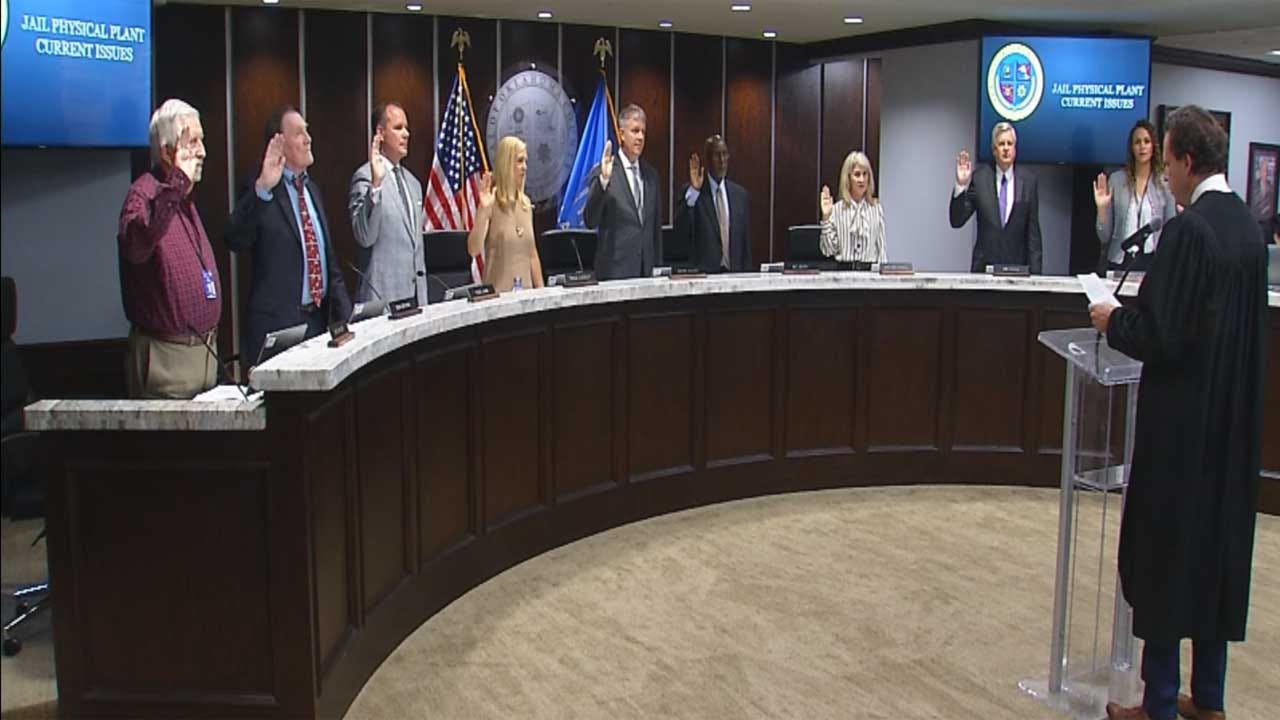 Monday was the first meeting of the newly formed Oklahoma County Jail Trust. This meeting was mostly an organizational meeting, but trustees are expected to tackle heavier issues regarding who will oversee the jail and whether a new jail will be built in the coming months.

Nine trustees were sworn in to oversee operations and finances at the troubled Oklahoma County Jail.

"This is a long time coming. Various committees and grand juries have recommended this for over 24 years now. So, it's long overdue,” said Oklahoma County Commissioner Kevin Calvey.

Up until now, the jail was overseen by Sheriff P.D. Taylor. He is now one of the trustees.

"I never was opposed to the trust. It was just my position it's gotta [sic] be funded. They've got to identify funding and this trust really hasn't done that yet,” said Sheriff Taylor.

Trustees were shown pictures of broken sewage pipes and mold in the facility and were told about the mental health and medical services the jail lacks.

"I think myself and my staff's done a pretty good job operating the jail, really with what we have to work with. What they give us we do an outstanding job,” said Sheriff Taylor.

When asked whether this is just another level of bureaucracy, and whether the county should just fund the jail properly and leave it in his hands, the sheriff answered, “Well, um, yes. To be honest with you that would be the best way."

"You can build all the new jails you want, pass all the tax increases you want,” said Commissioner Calvey. “We need to look at how the jail is managed."

Commissioner Calvey and Sheriff Taylor have butted heads in the past over how the jail is operated. The sheriff wants a new jail. Comissioner Calvey says the county should look at its spending before asking for a tax increase.

The board will meet again next month.