Study: 1 Out Of 6 Trips To Hospital Result In 'Surprise' Medical Bills 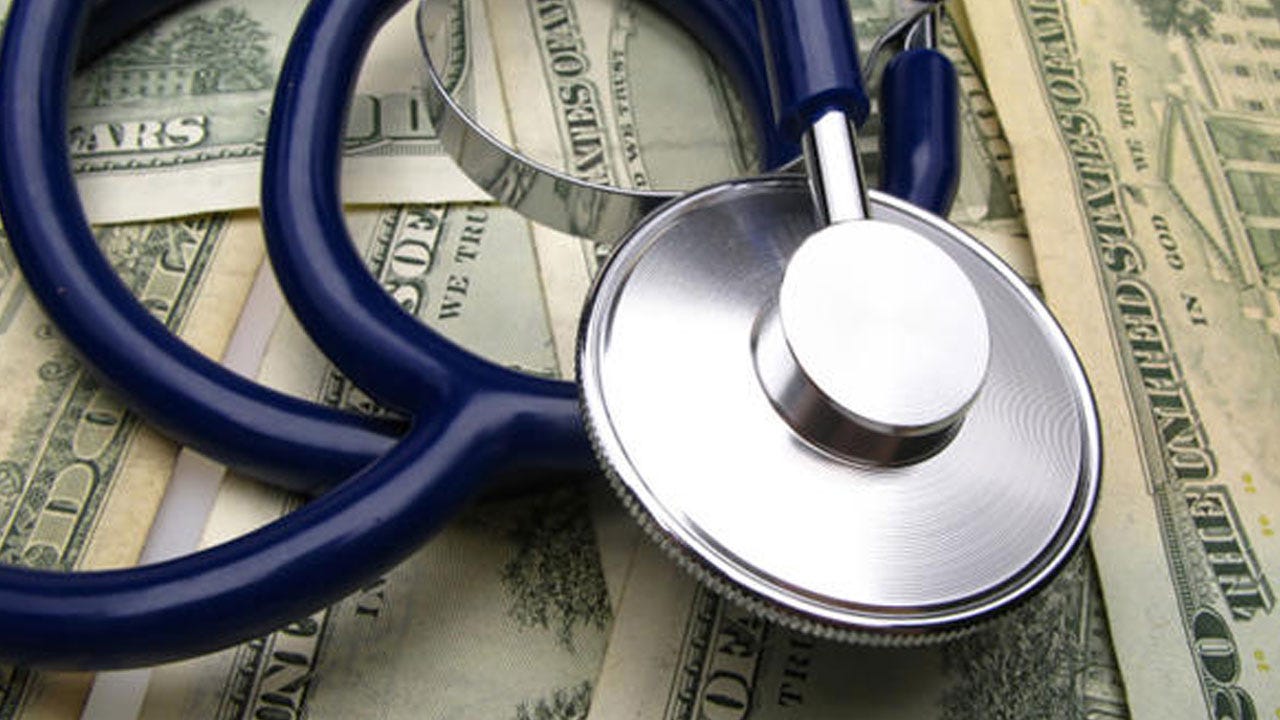 Roughly one in every six times someone is taken to an emergency room or checks in to the hospital, the treatment is followed by a "surprise" medical bill, according to a study released Thursday. And depending on where you live, the odds can be much higher.

The report from the nonpartisan Kaiser Family Foundation finds that millions of people with what's considered solid coverage from large employers are nonetheless exposed to "out-of-network" charges that can amount to thousands of dollars. It comes as congressional lawmakers of both parties and the Trump administration move to close the loophole, with a Senate panel scheduled to vote on legislation next week.

A patient's odds of getting a surprise bill vary greatly depending on the state he or she lives in. Texas seems like a bit of a gamble, with 27% of emergency room visits and 38% of in-network hospital stays triggering at least one such bill. Minnesota looks safer, with odds of 2% and 3%, respectively.

Researcher Karen Pollitz of the Kaiser Foundation said the reasons for such wide differences are not entirely clear, but seem to be related to the breadth of hospital and doctor networks in each state, and the ways those networks are designed.

Patients in New York, Florida, New Jersey and Kansas were also more likely to get surprise bills. Other states where it was less likely included South Dakota, Nebraska, Maine and Mississippi. Currently, only nine states, including California, Connecticut, Florida, Illinois, Maryland, New Hampshire, New Jersey, New York, and Oregon, have comprehensive protections for surprise bills, according to the Commonwealth Fund.

Averaging the results nationwide, 18 percent of emergency room visits and 16 percent of stays at an in-network hospital triggered a surprise bill for patients with health insurance through a large employer, the study estimated.

That illustrates the need for Congress to get involved, said Pollitz, since large-employer plans are regulated by federal law and surprise billing protections already enacted by states like New York do not apply to them. "This is a prominent problem affecting patients, and it is beyond the reach of state laws to fix, and it is by definition beyond the ability of patients to fix on their own," she said.

Next Wednesday, the Senate Health, Education, Labor and Pensions committee plans to vote on bipartisan legislation that would limit what patients can be charged to their in-network deductibles and copays. The bill from Sens. Lamar Alexander, R-Tenn., and Patty Murray, D-Wash., would require insurers to pay out-of-network doctors and hospitals the median — or midpoint — rate paid to in-network providers. The House Energy and Commerce committee is working on similar legislation. President Donald Trump has said he wants to sign a bill.

[My administration] is eager to work with both parties to save American patients thousands of dollars and give American families greater piece of mind," Mr. Trump said at a White House event last month. He referred to the practice as "one of the biggest concerns Americans have about health care" today.

"For too long, surprise billings, which has been a tremendous problem in this country, has left some patients with thousands of dollars of unexpected and unjustified charges for services they did not know anything about and sometimes services they didn't have any information on," the president said.

Major industry lobbies are going to battle over the issue. Insurers and employers generally favor the approach the Alexander-Murray bill takes on how to pay out-of-network providers, using an in-network rate as the reference point. But hospitals and doctors instead want disputed bills to go to arbitration. New York has an arbitration system and a recent study found it has worked well. However, some lawmakers are concerned that on a national scale it may lead to a costly new bureaucracy.

Bills can amount to tens of thousands of dollars and hit patients and their families when they are most vulnerable. Often patients are able to negotiate lower charges by working with their insurers and the medical provider. But the process usually takes months, adding stress and anxiety. When it doesn't work out bills can get sent to collection agencies.

The Kaiser estimates are based on insurance claims from 2017 for nearly 19 million people, or more than 1 in 5 of those covered by large employers. The claims details came from an IBM Health Analytics database that contains information provided by large-employer plans. Researchers excluded patients 65 or older, most of whom are covered by Medicare.

The Alexander-Murray legislation also includes other ideas aimed at lowering medical costs by promoting competition to brand-name drugs, blocking health industry contracting practices can bid up prices, and requiring greater disclosure of information. A public health section of the bill would authorize a national campaign to increase awareness of the role vaccines play in preventing disease.

Study: 1 Out Of 6 Trips To Hospital Result In 'Surprise' Medical Bills