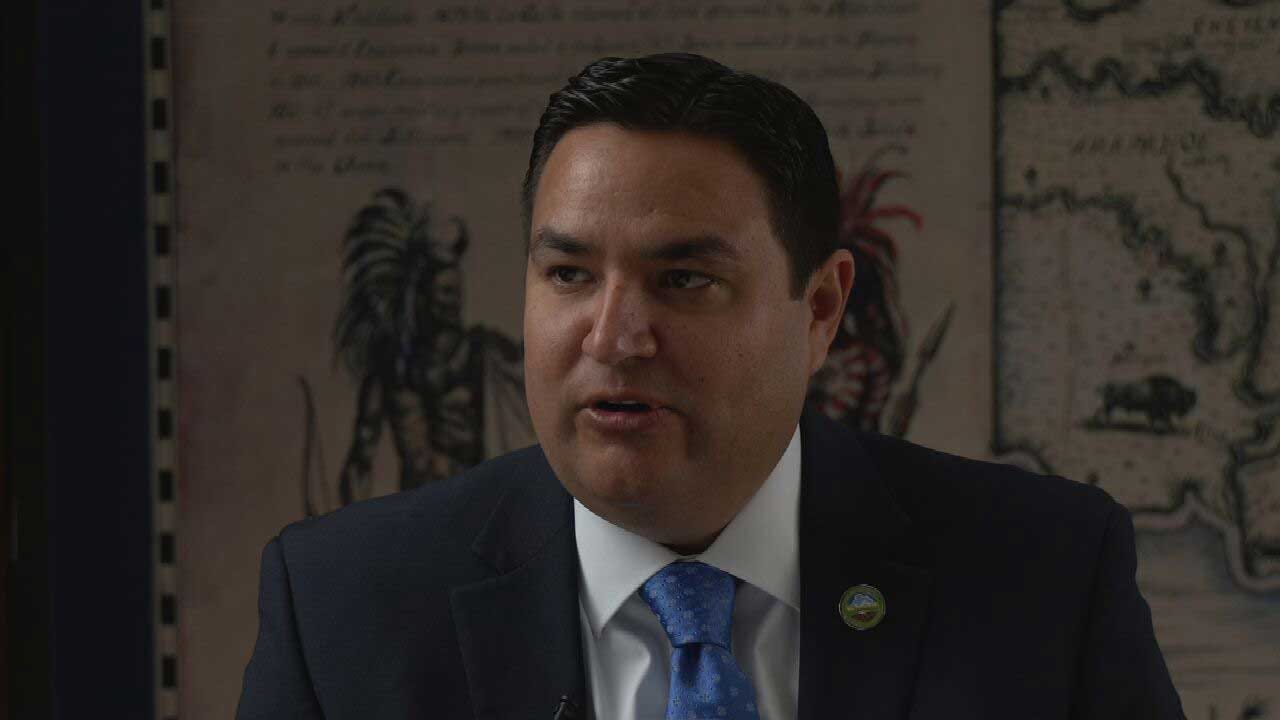 A new study commissioned by Native American tribes in Oklahoma finds, together, they contribute nearly $13 billion to the state’s economy.

The group Oklahoma Finance Consortium said for the first time the study is able to paint a picture of the tribes’ economic impact on the state.

The report comes as Governor Kevin Stitt is asking tribes to pay more in gaming fees. The current gaming compact is set to expire January 1, 2020. In a July 8 editorial, Stitt said Oklahoma’s gaming fees are the lowest in the nation and made the case for raising them.

The editorial drew sharp criticism from the state’s five largest tribes, who denounced the calls to renegotiate.

“Instead of just saying that our impact is a lot or it’s really big, we are now able to attach a number to it to say we have a$12.9 billion investment in the state of Oklahoma,” Elijah McIntosh, Chairman of the Oklahoma Tribal Finance Consortium said. “We represent $4.6 billion in wages and benefits to Oklahomans and 69,000 jobs are represented in Oklahoma because of tribal nations.”

“I don’t think there’ll ever be another industry that invest in health care, in transportation, in infrastructure and safety like tribal nations do,” McIntosh said.

Sittt’s secretary of Native American affairs said the governor is committed to working with tribes, as evidence of his creating her new cabinet position focusing on Native American issues.

“When you go to the state capitol, he’s kind of overturned all stones, state agencies, boards, how things are set up, and he’s doing the same thing about sovereign nations,” Oklahoma Secretary of Native American Affairs Lisa Jonson Billy said.