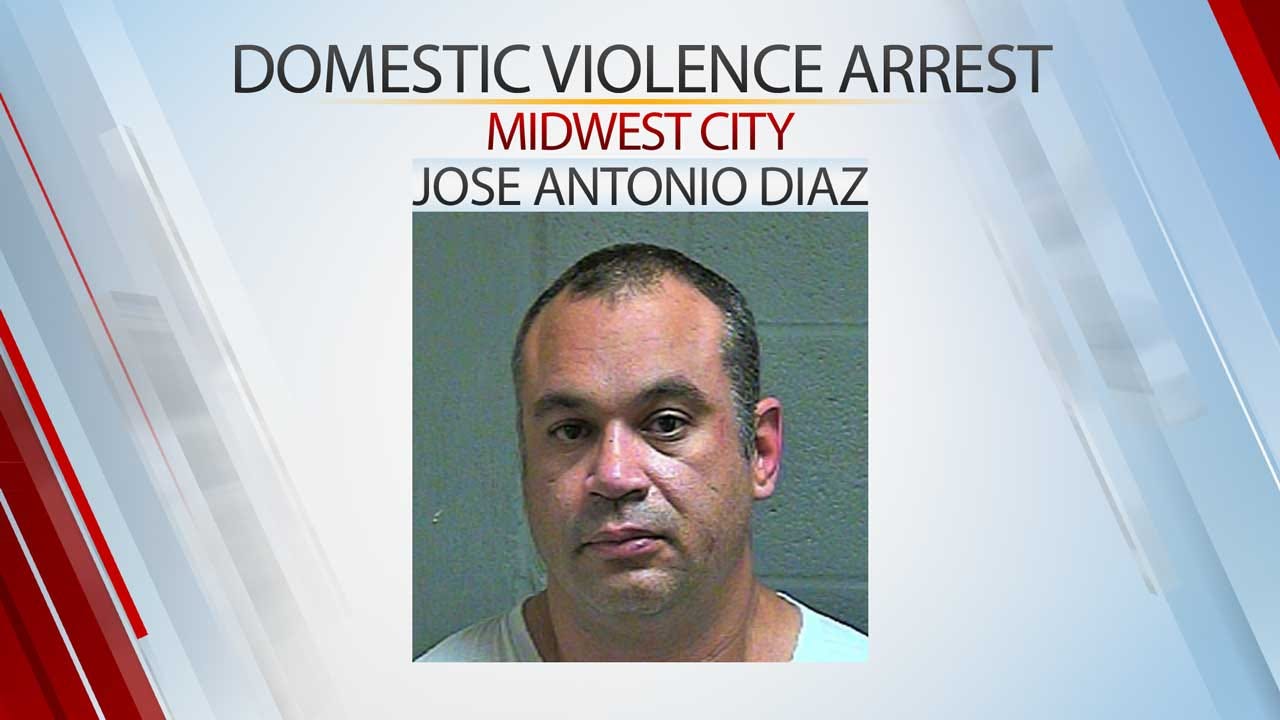 A McLoud police officer was arrested Tuesday night in connection with a domestic violence complaint.

Jose Antonio Diaz, 44, was arrested on a complaint of domestic abuse by strangulation by Midwest City police officers.

The incident happened shortly 10 p.m. Tuesday in the 9300 block of Rhythm Road near SE 15th Street and S Douglas Boulevard.

When police arrived, they found a woman standing in the driveway. The woman was crying and her left eye was swollen and red and purple, according to the probable cause affidavit.

The woman told the officer her husband beat her after an argument over another man. The officer said he noticed injuries on the woman's left and right arms and saw severe redness around her neck area. The officer also noted a large bruise on the inside of the left area o

The woman said her husband confronted her about an affair and wanted her phone.

Diaz was arrested shortly after he walked out of his home. He told police he didn't know how his wife had an injury to her eye but admitted to fighting with her inside the home because he found out she was having an affair.

Diaz said he was attacked by his wife and was only trying to push her away, according to the probable cause affidavit.

Diaz was booked into the Oklahoma County jail.