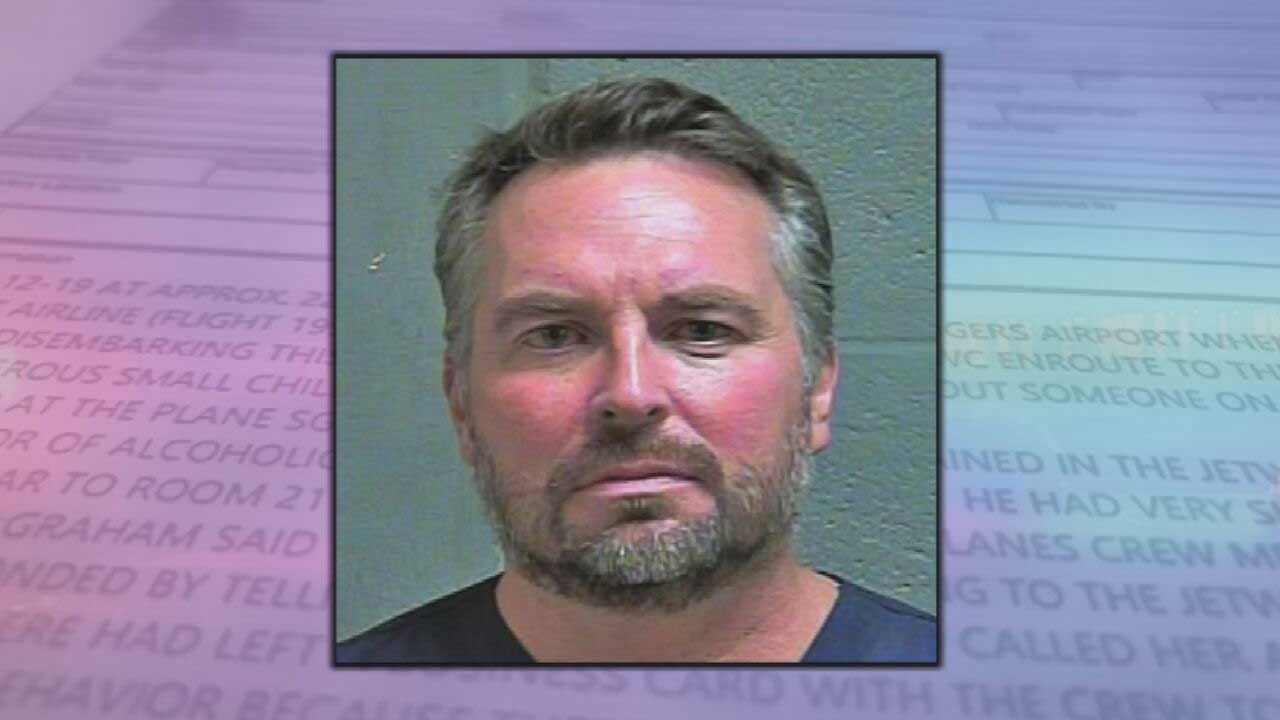 An Oklahoma City man is now facing a terrorism complaint after his alleged drunken belligerent behavior aboard a Southwest Airlines flight.

“There were a number of children on board, he turned around to the children and told them they were all going to die,” said Oklahoma City Police Spokesman Gary Knight.

Another man, who was a passenger on the plane, told News 9, in 20 years of flying, he’s “never seen anything like it.”

“The stewardess asked him to knock it off,” Knight said. “He made a vulgar remark to her and refused to stop taunting the children.”

Norton was released from the Oklahoma County Jail Tuesday, August 13 just after noon. His bond was $15,000.

No one answered the door of the Northwest Oklahoma City home where Norton told police he lives, and he hasn’t returned News 9’s phone calls.