Vince Gill On Getting Personal In His Latest Album, 'Okie' 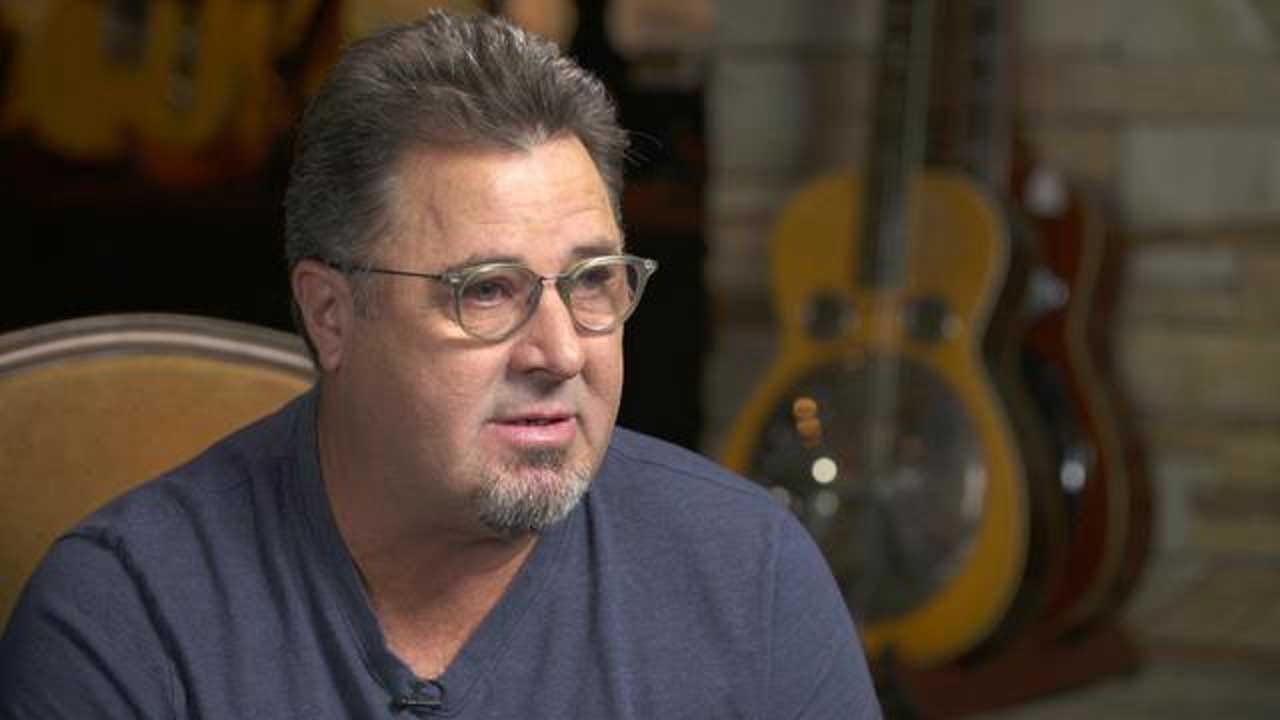 With 21 Grammy wins, Vince Gill has more Grammy Awards than any other male country artist. In the '90s, he won at least one Grammy every year. Over his more than four-decade career, the country star has played everything from bluegrass to pop to rock. He's sold more than 26 million albums, and along the way he's been invited to join both Dire Straits and the Eagles.

Now, with his 15th studio album, "Okie," the Oklahoma-born Gill is releasing some of his most personal songs yet. One of those is "Forever Changed," a song about sexual abuse which was written seven or eight years ago.

Gill said he decided to release the song now because "you obviously see it on a daily basis, what that song's about." But it's also personal, Gill told "CBS This Morning" co-host Anthony Mason.

"What happened to me was the basketball coach in 7th grade tried to act on me in his office, and put his hand on my leg," Gill said. "It got a little further and further, and I said, 'This doesn't feel normal.' And I jumped up and I ran out of the office."

"I don't know that [the song] came from that," he said. "But I think what I want to convey in that song most is just to tell people somebody's hurtin' for 'em, and that you didn't do anything wrong."

The album also includes a tribute to his late friend, country music icon Merle Haggard. Gill said he wrote the song the morning that Haggard died. "That's how I grieve," he said. "I go to music for grief. It's cheaper than therapy."

Gill's love of music started at a young age. He gave his first performance in second grade at Cleveland Elementary School in Oklahoma City.

"I played 'House of the Rising Sun,'" he said with a laugh. "So I knew the die was cast. First song I sang in front of a lot of people was about a cathouse in New Orleans."

When he was 18, Gill paid a small fortune for the vintage Martin he'd take out on the road. "That $1,600 that I bought this guitar with was all the money I had in the world," he said. "It was every dime."

His first hit song, "Let Me Love You Tonight," came with the band Pure Prairie League in 1980.

Gill said the experience, which allowed him to get on "American Bandstand" and "Solid Gold," was "awesome."

After a few years, he left to go solo. But his first few albums didn't take off.

In 1989, Mark Knopfler asked him to join Dire Straits.  And while the offer was tempting, Gill said, he knew he had to turn it down.

"While it would've solved an awful lot of problems for me financially … I said, 'If you don't bet on yourself, how you gonna get anybody else to,'" Gill recalled.

His bet paid off with his next album, which featured the title song "When I Call Your Name."

"It had everything going against it. It was a four-minute-and-48-second waltz," he said, laughing.

"I don't know," Gill responded. "It just struck a nerve with people."

It was the first of 17 straight Top 10 country hits for Gill in the '90s, five of which went to No. 1. Those hits earned the 21 Grammys that now line his home studio.

Gill soon became a highly sought-after collaborator, performing with hundreds of other artists, including his wife, Amy Grant, whom he met recording a duet.

Then, after the sudden death of Eagles frontman Glenn Frey in 2016, the Eagles asked Gill to tour with them.

"I couldn't be more grateful that they thought of me," Gill said.

He could tell that Eagles fans were apprehensive at first. "I'd get in front of their crowd, and I could feel this — this kind of holding your breath when I'd start singin'," Gill recalled. "It's like, 'Oh, it's not the guy, it's not the guy I'm used to.' And then after a couple of verses of this and that, I could just literally see them just go, 'It's gonna be OK.'"

He's been touring with the Eagles for more than two years now, and said he'd "absolutely" keep going.

"I just like bein' part of the band," he said. "And I always have. I was always a little uncomfortable bein' the focal point."

"What were you uncomfortable with?" Mason asked.

The Eagles are playing three shows in Las Vegas in the coming weeks. It will be the band's first live performance of the iconic "Hotel California" album from beginning to end.

Vince Gill On Getting Personal In His Latest Album, 'Okie'