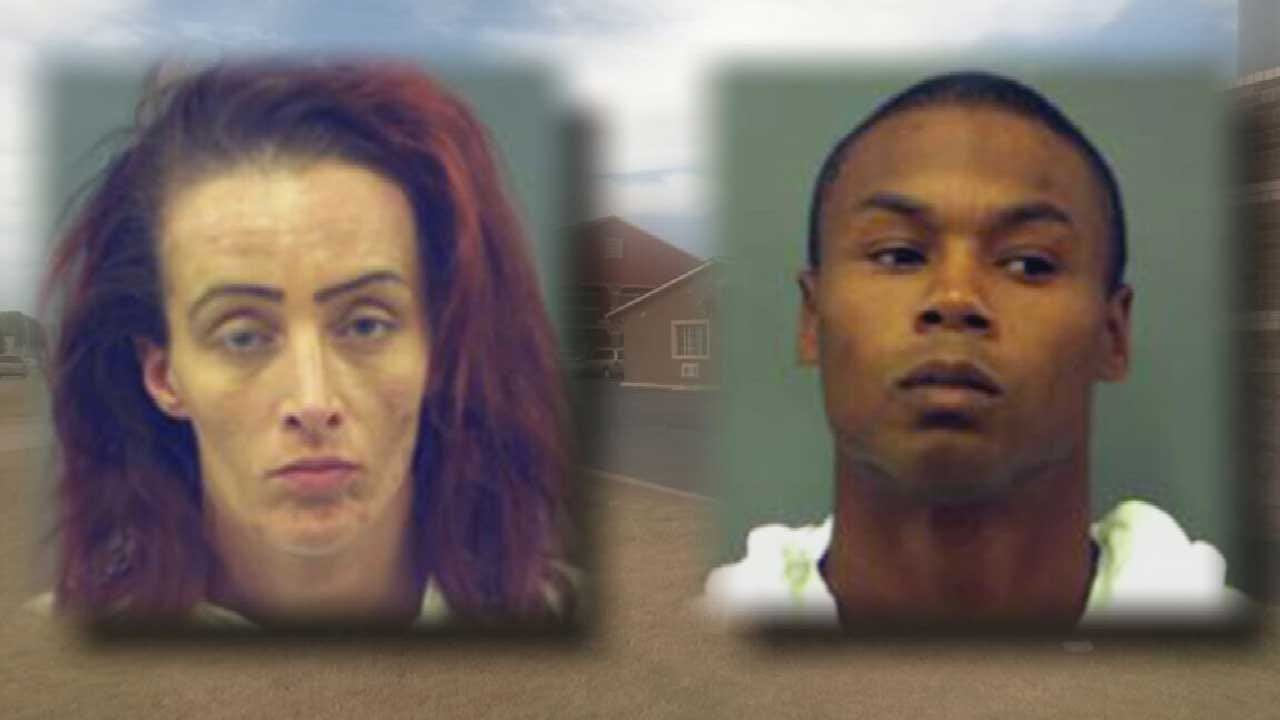 A man and woman wanted in connection to a metro homicide are behind bars. The two ran off to Texas shortly after Antonio Johnson was gunned down Sunday at a metro motel.

Wednesday, they were arrested in El Paso.

“To know him, you couldn’t help but love him,” said fiancé Candace Avery.

In an instant, one family said the couple changed their lives forever.

“I never thought I’d be getting ready to bury my son tomorrow, I thought they'd bury me first,” said Johnson’s mother, Michelle Johnson-Allen.

According to court documents, Johnson drove Julia Jones to and from an undisclosed location to have sex with his boss who had requested a prostitute.

In return for getting her the business, Jones agreed "to pay the victim a portion of the profit."

But when she cut him out of the deal, Johnson allegedly went knocking on her motel door looking to be compensated for the "fuel he used to transport her."

But instead of getting his money, Jones' boyfriend, Antonio Adair, armed with a gun, confronted the victim and shot him twice in the torso as he attempted to walk away.

“If someone is walking away and you shoot them, and they are walking away from you to avoid a confrontation, you are a coward,” said Avery.

In order to make their getaway, reports show Jones and her boyfriend "stepped over the victim" as he laid there dying.

“You don’t realize how many people you hurt, how much damage you caused, the amount of emotions right now,” said Avery.

After being rushed to the hospital, Johnson later died while in surgery.

“Because you decided to make the move that you made, the rest of our lives are shattered,” said Avery.

“His soul can rest in peace knowing the suspect has been captured,” said Johnson-Allen.

Johnson leaves behind three children. He will be laid to rest Saturday, October 19.