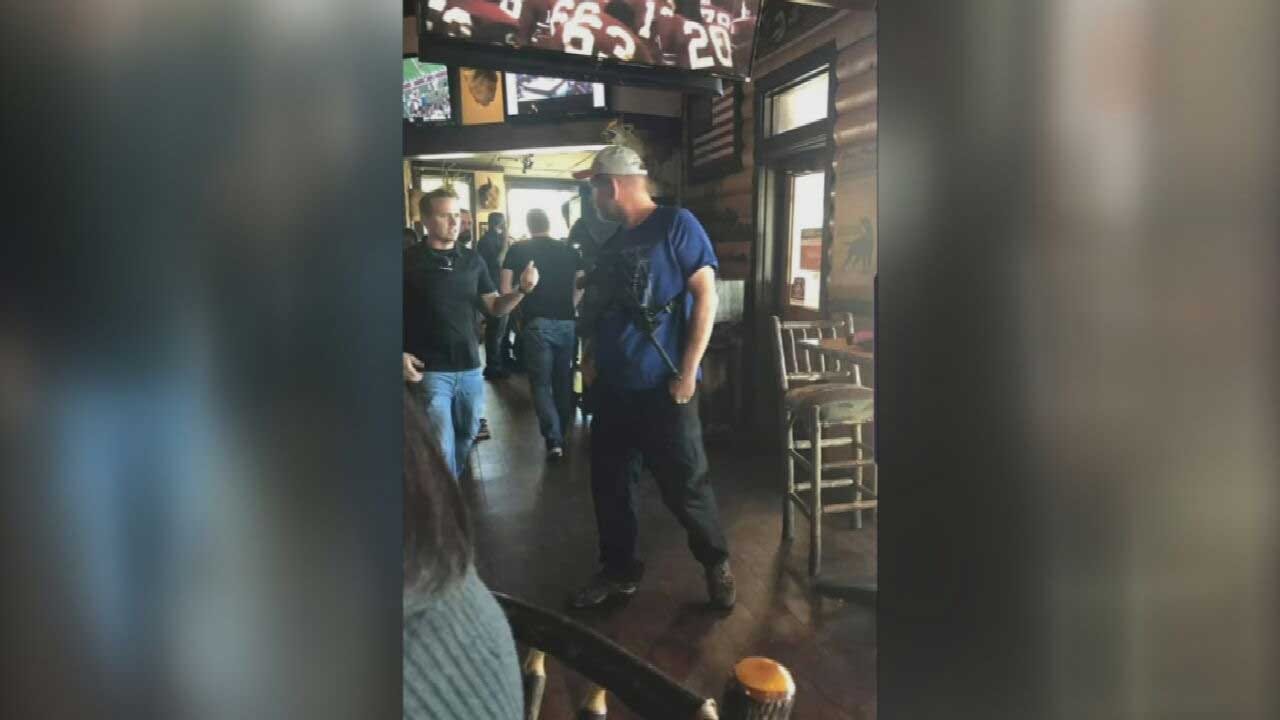 For years the Miller Grill in Yukon has welcomed folks carrying guns. But it says changes in the law means changes to its policy. The business is taking down the sign that says guns are allowed and replacing it with one banning long guns.

This comes after self-proclaimed Second Amendment Auditor Timothy Harper posted a video of himself carrying an AR-15 while confronting people at the Israel United for Christ building at Northeast 23rd Street.

Pictures were also posted of Harper carrying the gun into a local restaurant. He was asked to leave and did.

“I am carrying the AR-15, we are open carry OC in the ghetto. We are in the ghetto guys,” said Harper in the video.

As he posted the live video, supporters on his YouTube page posted comments like “Target Practice” and “More Fake Jews,” and “These guys hate the white man”. Another simply wrote, “If you feel threatened for your life could make yourself feel safe. Shoot ‘em.”

Miller Grill owner Jason McCormick, a supporter of the Second Amendment himself, said there’s no place for that in his restaurant.

“I wouldn’t personally be comfortable with my young granddaughter or even my kids being in a restaurant or establishment and somebody walk in with that. You don’t know is he here to shoot somebody?”

Representative Jason Lowe (D) Oklahoma City, who fought against permitless carry, said he believes Harper went to his district for one reason: To intimidate black people.

“It’s scary. Yes. Absolutely no place for that and this law is scary, and this is what we’ve been trying to prevent, and unfortunately, this is the law of the land in the state of Oklahoma,” said Lowe.

Harper told News 9 his goal was not to intimidate anyone.

“I don’t think anyone was intimidated. I think if they were intimidated, they would have went back in the building,” said Harper.

Lowe said he plans to file legislation repealing the law, because he says people like Harper should not be walking around with AR-15s.

“It’s scary. I’m not going to try to minimize it. It is absolutely scary,” said Lowe.