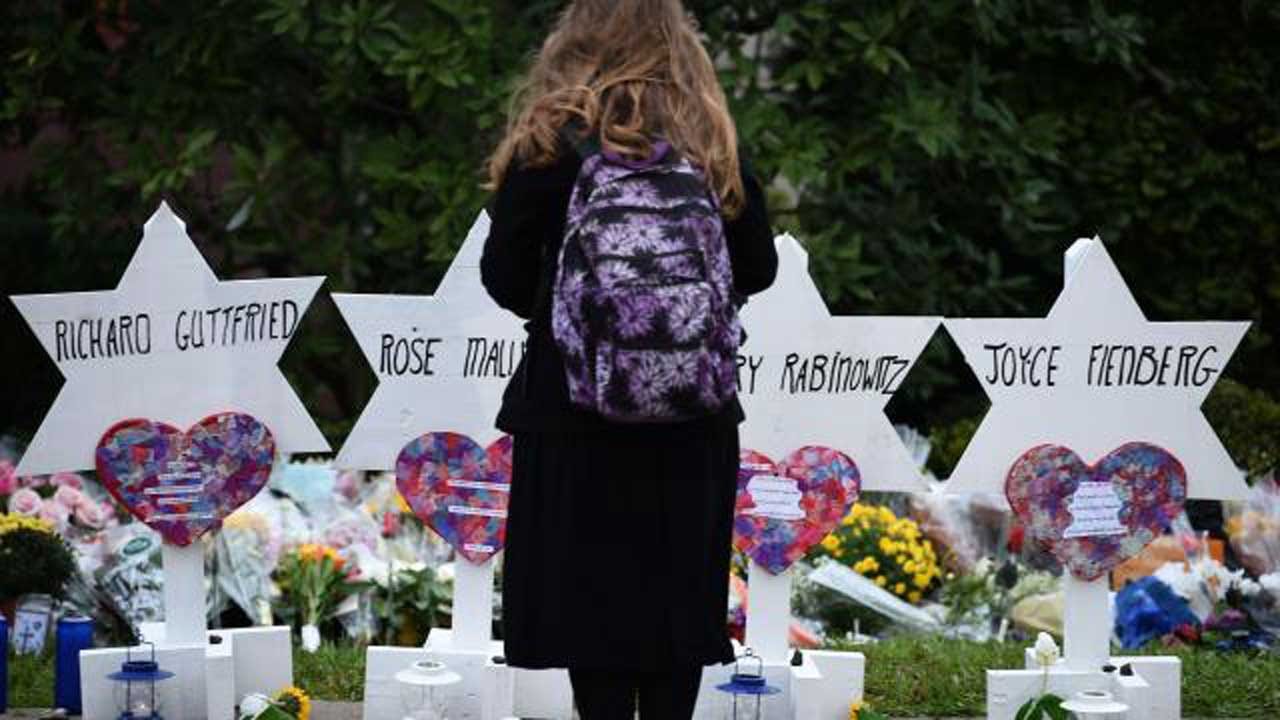 Hate crime murders in the U.S. reached a 27-year high in 2018, according to data released Tuesday by the FBI. Hate crime murders totaled 24, which includes the 11 worshipers slain last year at the Tree of Life Synagogue in Pittsburgh, the deadliest anti-Semitic crime in U.S. history.

Advocates point out that hate crime statistics — submitted voluntarily by local jurisdictions to the FBI — are incomplete and don't offer a full picture of bias crimes in the country.

Of the single-bias hate crime incidents in 2018:

Of crimes motivated by race, ethnicity or ancestry, 46.9 percent were fueled by bias against African-Americans. Anti-Hispanic crimes also again rose, spiking nearly 14 percent between 2017 and 2018.

The 24 total hate crime murders recorded were the highest since the FBI began tracking and reporting on hate crimes in 1991, according to the Anti-Defamation League.

"It is unacceptable that Jews and Jewish institutions continue to be at the center of religion-based hate crime attacks," said ADL CEO Jonathan Greenblatt in a statement. "We need to take concrete action to address and combat this significant problem."

Advocates point out a significant gap in the FBI's data which came to light because two of the most notorious hate crimes in recent years were never reported to the government, even though they were prosecuted as hate crimes. The killing of Heather Heyer in the 2017 Charlottesville car attack as she protested the "Unite the Right" rally, and the fatal 2016 shooting of Khalid Jabara in Tulsa by a neighbor who had terrorized the victim's Lebanese family, were both left out of national hate crime statistics collected by the FBI. Proposed legislation named for the victims, the Heather Heyer and Khalid Jabara NO HATE act, would provide incentives for hate crime reporting and grants for state-run hate crime hotlines.

"A year after the most deadly assault on the American Jewish community in history and with xenophobia and racism remaining front and center in our national dialogue, this bipartisan measure is necessary legislation," Sim Singh, senior manager of policy and advocacy at the Sikh Coalition, said in a statement. "If we cannot accurately track the problem of bias-motivated incidents, we will remain inherently limited in our efforts to combat them."

The Justice Department has said that efforts are underway to improve investigation and reporting of hate crimes at the state and local level, including developing comprehensive training curriculums for local law enforcement, and providing resources on a new hate crimes website.