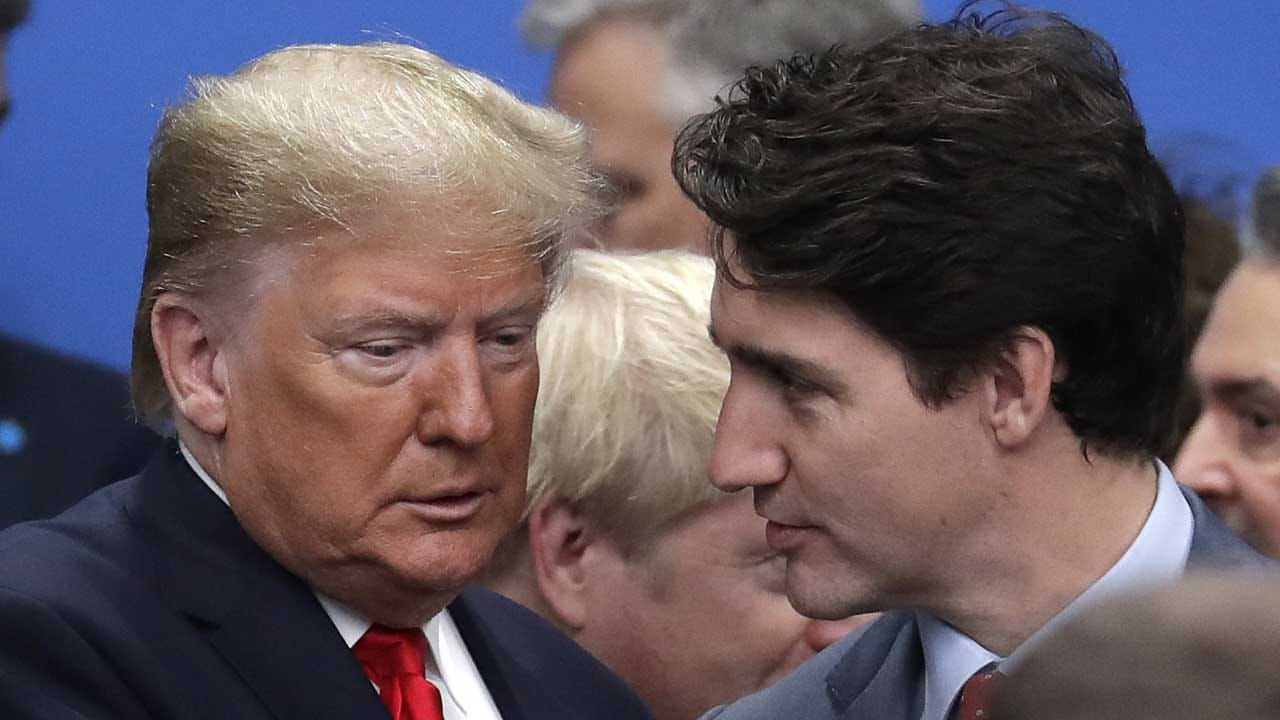 The president also canceled a news conference that was scheduled to take place at the conclusion of the NATO summit.

"When today's meetings are over, I will be heading back to Washington," Mr. Trump tweeted. "We won't be doing a press conference at the close of NATO because we did so many over the past two days." He had previously signaled to reporters he might cancel the news conference, which was slated for 10:30 a.m. Wednesday.

Mr. Trump has engaged in some tense interactions with fellow world leaders, including Trudeau and French President Emmanuel Macron. During a reception at Buckingham Palace on Tuesday, Macron, Trudeau and British Prime Minister Boris Johnson appeared to joke about Mr. Trump.

"He was late because he takes a 40-minute press conference off the top," Trudeau can be heard telling Macron and Johnson, adding, "You just watched his team's jaws drop to the floor."

When asked by reporters about Trudeau's comments, Mr. Trump called the Canadian prime minister "two-faced" and suggested Trudeau "wasn't happy" he was called out by the president for not meeting NATO's 2% commitment.

"I'm representing the U.S. and he should be paying more than he's paying, and he understands that," Mr. Trump said on Trudeau. "So I can imagine he's not that happy, but that's the way it is."

Earlier, the president criticized Macron for suggesting NATO is experiencing "brain death," defending the institution he says he has made stronger.

Meanwhile, across the Atlantic, the House Judiciary Committee is expected to hold its first public impeachment hearing. Mr. Trump continued to blast House Democrats' impeachment process while in London, even as he said he might like for some of his top aides to testify in any Senate proceedings.

During his trip, Mr. Trump also announced the U.S. will host the G-7 summit next year at Camp David, a place acting White House chief of staff Mick Mulvaney had previously derided as an undesirable location because no one liked it. Mulvaney announced in a memorable news conference earlier this fall that the G-7 would take place at Mr. Trump's resort in Florida, before the White House reversed course under intense political pressure.