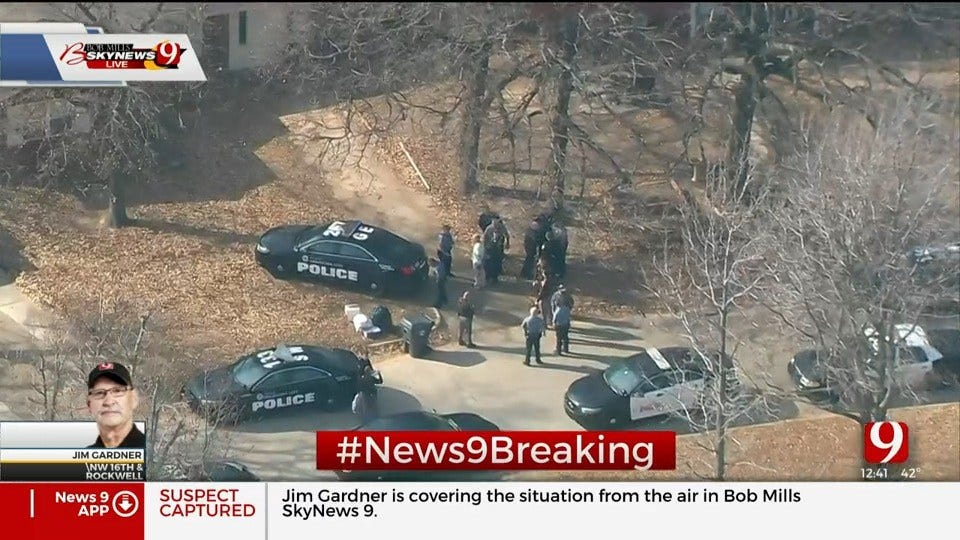 Two people are in custody after a trooper's vehicle was stolen and recovered in northwest Oklahoma City.

The search area was near NW 16th Street and Rockwell Avenue.

The incident started as a traffic stop.

Police said two people were in a stolen vehicle and they tried to run away. The passenger was arrested quickly but the driver stole a trooper's vehicle.

A short time later, the trooper unit was recovered and police said all weapons in the vehicle have been accounted for.

The suspect who reportedly stole the trooper's vehicle was found near NW 23rd and Rockwell Avenue.