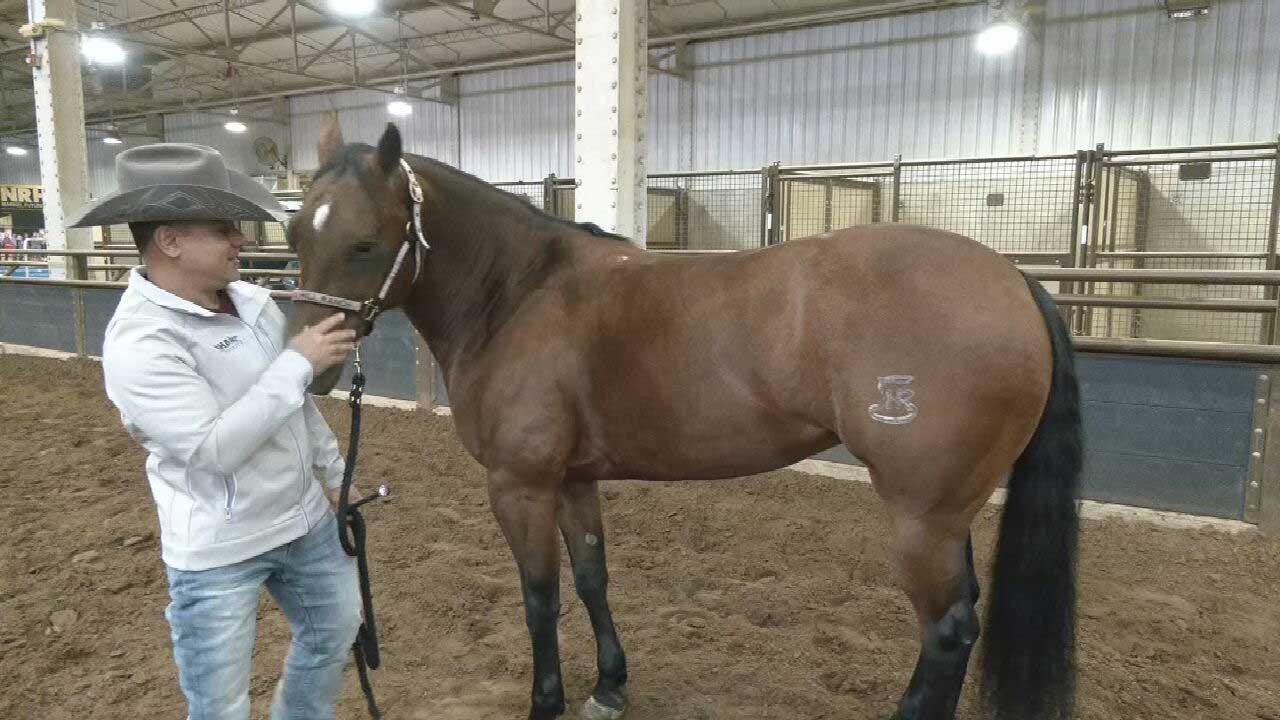 Winning is nothing new to Fred Win. The Triple Crown winner just came off a win at the Para Reining National Championships in Ohio and he hopes to do the same in Oklahoma.

Win is competing in this year’s National Reining Horse Championships at the Oklahoma City State Fairgrounds.

He emigrated to the United States, now Myanmar, in 1998 to go to college. But he said his love for horses began a long time ago.

“One day a little pony ride came into the village to a rich neighborhood to get money, and I was going crazy. I knew I didn’t want to do anything else but work with horses,” said Win.

Win started to ride but it wasn’t easy. His mother contracted Malaria. Not knowing she was pregnant at the time she was given a powerful medicine that caused a deformity in Win’s leg. His right leg is attached to his hip.

But that didn’t stop him.

Due to the cost of college and then law school he had to put riding to the side, but not for long. After starting his own law practice, horses came back into his life. This time around his goal, he said, was to compete.

“Although I was doing a lot of things right,” he said. “I had a tendency to lean because I knew that I had to put weight on it.”

After competing and winning Para-Drassage, he was invited to Oklahoma and introduced to reining.

“When you’re training and competing you have to be the best. So, am I better? Yes. Is it helpful? No, because I am going to have to compete and have a little balance issue. And it makes a big difference in the arena,” he said.

Win credits his success to the relationship he has both mentally and physically with his horse Stella.