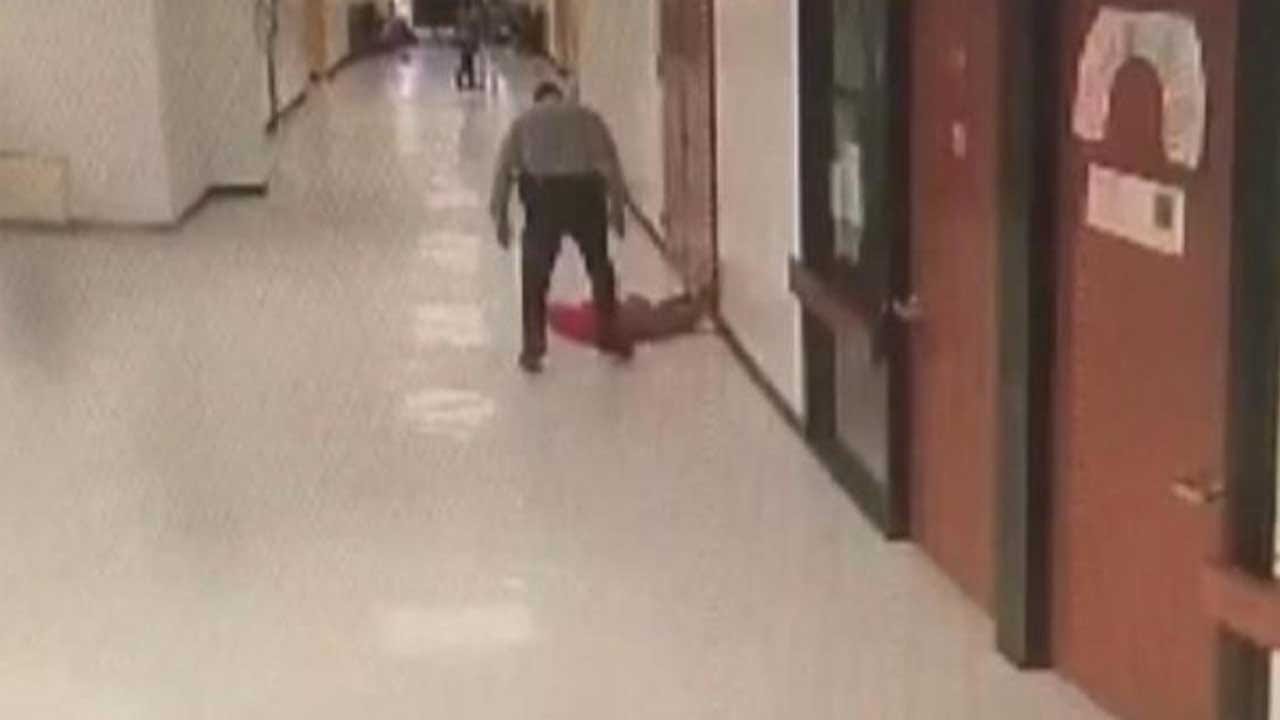 A North Carolina sheriff's deputy is out of a job after surveillance video caught him slamming a middle school student to the ground twice last week, the Vance County Sheriff's Office confirmed to CBS News on Monday. Lieutenant James Goolsby of the sheriff's office said the State Bureau of Investigation was investigating the incident at Vance County Middle School in Henderson.

In the school surveillance video, the unidentified deputy is seen walking a student down a hallway Thursday and then suddenly stopping, CBS Raleigh affiliate WNCN-TV reports. The video shows the deputy slamming the student to the ground twice, then dragging him.

The deputy was put on paid leave after the video surfaced. Sheriff Curtis Brame said he handed the investigation to the State Bureau of Investigation after reviewing the video, which had no audio.

"When we first saw the video, we were stunned, we were shocked. We all are parents and grandparents that have children at that same age, so it brought some great concern to us," Brame told WNCN. "(The video) is very graphic. I don't expect my deputy or any deputy or law enforcement in North Carolina to carry out their duties in that way."

The boy's father said he's recovering at home, but declined to say more. His sister told WNCN he'll be OK.