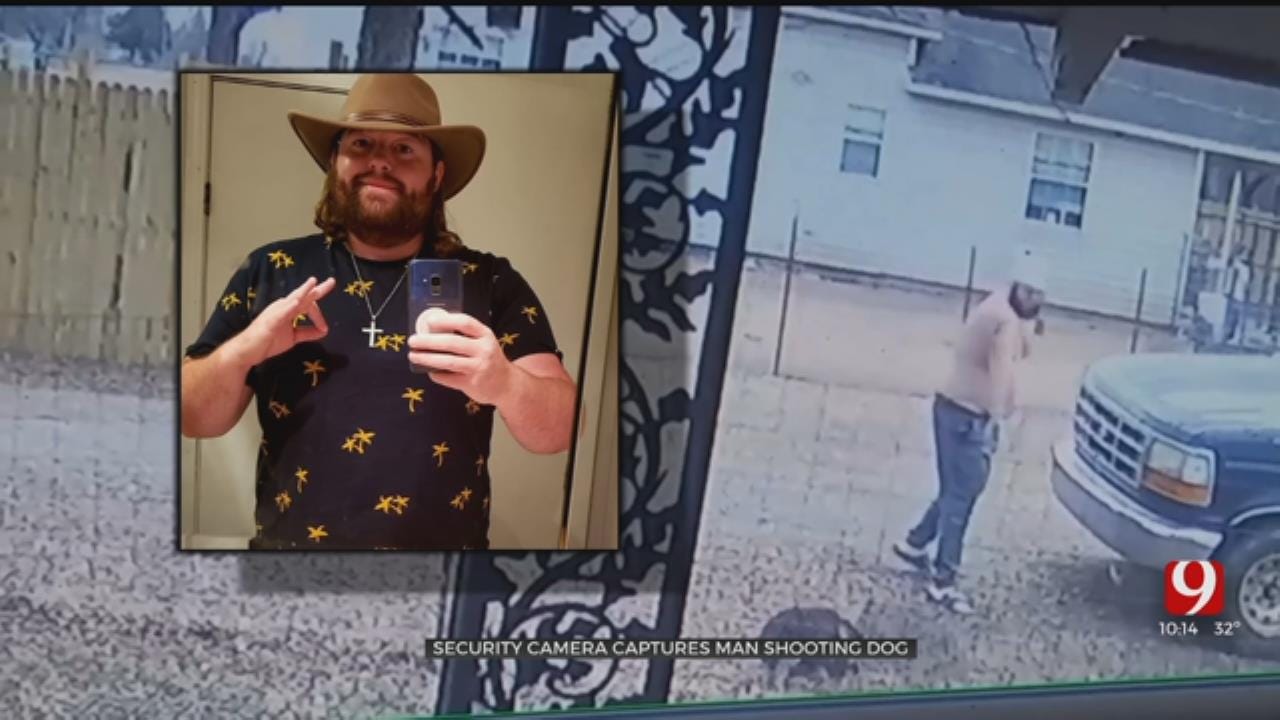 An arrest warrant was issued for a man accused of shooting at point-blank range and injuring his neighbor’s dog.

Blaze's owner Belinda Wright said she was woken up by gunshots.

Blaze was found hiding underneath a nearby barn following the shooting.

When Lincoln County deputies arrived on scene immediately following the incident, Freeman told them he shot Blaze because the dog was chasing his daughter.

Wright said surveillance video from her home told a much different story.

Leading up to the shooting, hours of video shows dogs from both homes playing in both yards. Freeman's daughter is seen calling their dogs back.

Moments later, the shooting was caught on camera.

“Having that video camera and that footage is the only way that they were able to prove that he shot him (Blaze) maliciously,” said Wright.  “If not, then he could have gotten away with saying you know it was coming at me.”

For Blaze, the healing process continues. He is walking around the home and outside with a limp.

“(People) think you can shoot or kill any animal that is on their property and they can't, you have to have a reason,” said Wright.

A warrant was issued for Freeman’s arrest on charges of felony animal cruelty, using a firearm while committing or attempting to commit a felony and reckless conduct while having a weapon.