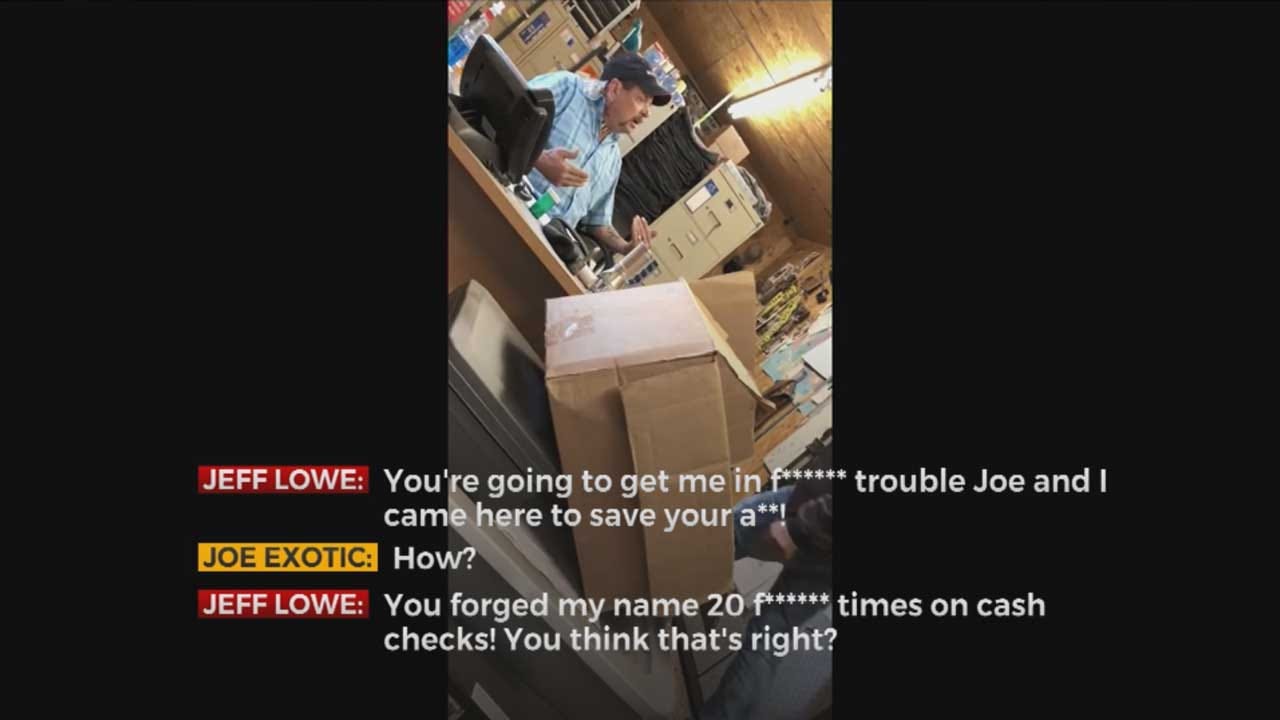 News 9 has obtained hours of phone recordings and secretly recorded conversations with Joe Exotic and the hired hitman in his murder-for-hire plot.

Some of the recordings were used as evidence in this week's trial. Minutes after News 9 notified the U.S. Attorney's Office that they were posted to the web, they were removed.

Here is a transcript of one of the conversations:

Hired Hitman: “I thought the man was joking because he said it in front of the whole God d*** f**king park. All the employees, several times. I got to get rid of that b****.”

Lowe also captured a conversation he had with the man Joe hired to kill Carole Baskin.

In them, Lowe is heard encouraging the man, one of his employees to cooperate with the government.

Lowe: “They know all about Joe.”

Lowe: “He's in some serious trouble. They've been watching him. They know everything. They've heard stuff. What I recommend strongly, that you don't want to be on Joe's side when this comes down, you want to be on the government's side.”

The hitman later asks him how Joe planned on paying him.

Lowe: “What did he ask you to do? And what did he offer in exchange?”

Lowe was cooperating with the government and may have accepted a plea deal in exchange for his cooperation. Joe maintains Lowe set him up.