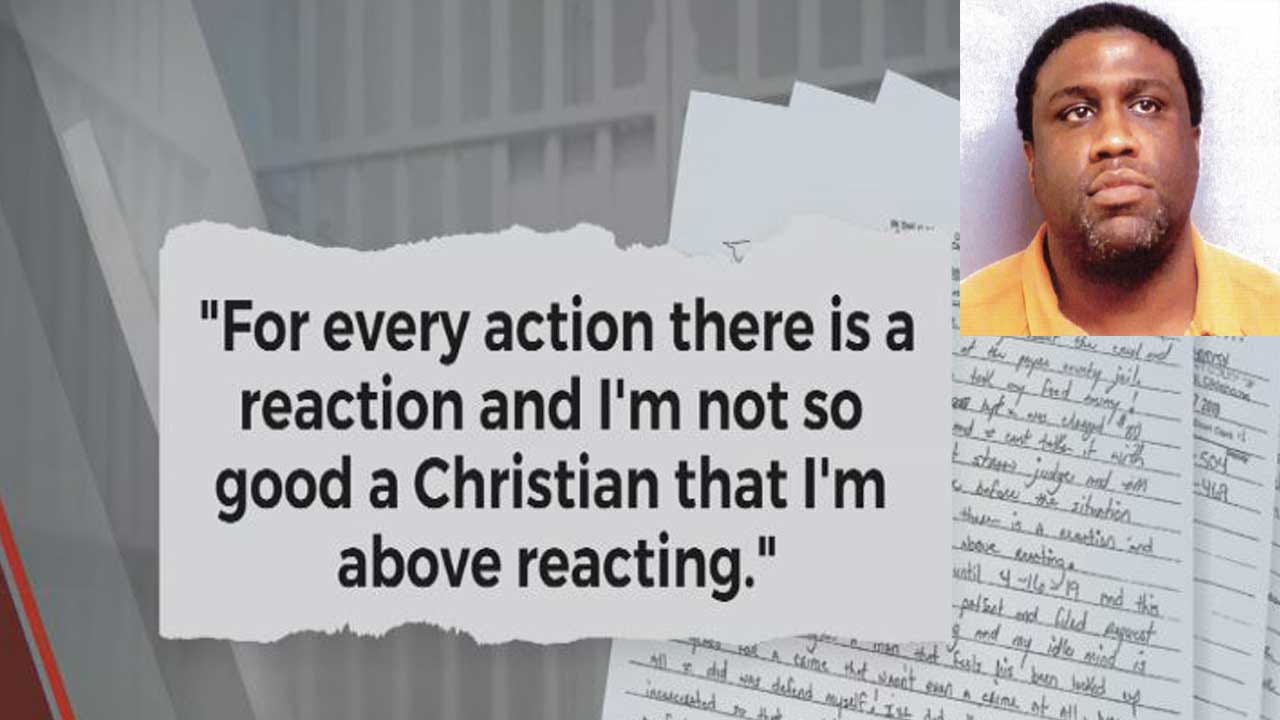 Over the past few weeks, Patrick Walker a convicted killer, wrote a Payne County judge to say he is being tortured behind bars.

Walker reportedly escaped from jail last November and was captured by US Marshals in Missouri days later.

Walker told the court, he isn't getting food, mail, books, visits with family or commissary.

The sheriff's office confirmed Walker is being fed. However, he does not get many privileges while he's in isolation.

Walker was convicted of killing Brandon Harlan in 2003 in Oklahoma City. After that he was sentenced to life in prison.

Recently, Walker allegedly attacked a guard while in the Oklahoma Department of Corrections custody.

He was sent to the Payne County Jail to have his day in court.

On November 30, DOC confirmed he escaped the Payne County Facility. Deputies said Walker posed as his cellmate and bonded out of jail.

Family of the victim said they were in shock after he escaped.

“I think something could have been done better on the inside,” said William Harlan, Brandon’s father.

The letters are short, but to the point.

"I'm at my last straw judge and I'm asking you step in and intervene before the situation becomes uncontrolable [sic]."

"...no one is listening, and my idle mind is at work. Just imagine a man that feels he’s been locked up 20 years for a crime that wasn't even a crime at all, because all I did was defend myself."

"For every action there is a reaction and I’m not so good a Christian that I’m above reacting."

In another letter, filed on April 17 he wrote, "...my current attorney is purposely trying to sabotage my defense." "I don't trust her."

Walker has also asked to be his own attorney.

His next scheduled court appearance is set for May 7 at 8:30 a.m.