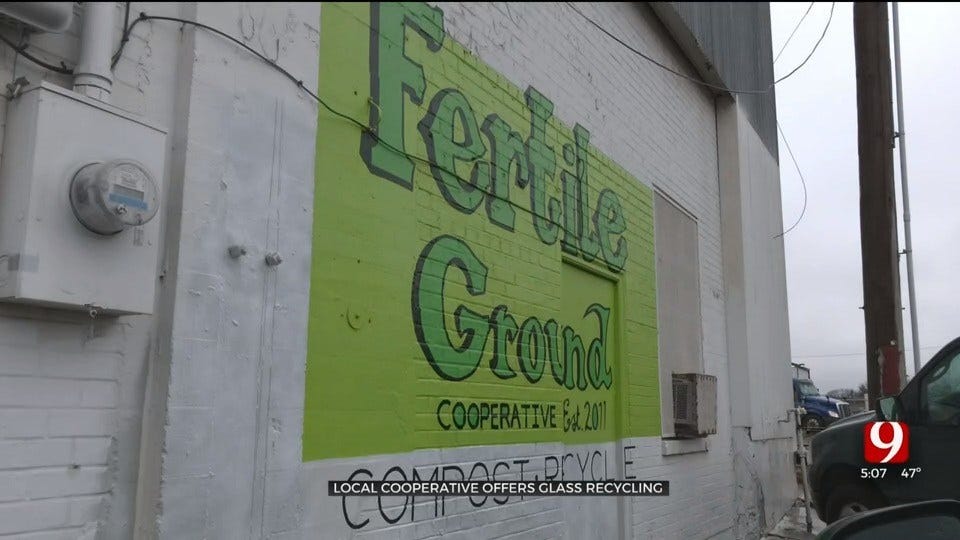 Just months after three local cities announced they would no longer accept glass in recycling, a cooperative stepped up to the task.

When waste specialist Nick Singer and his colleagues at Fertile Ground Cooperative learned that Edmond, Midwest City and Norman would no longer accept glass in recycling, they began working on an alternative.

According to the cities of Edmond, Midwest City and Norman, the new glass rule came down from Republic, the company all three use to collect and process recycling.

As an environmental co-op, Fertile Ground worked to cut out that corporate middleman.

“We were able to find a solution where we can immediately start recycling glass, right here in Oklahoma, with an Oklahoma-based company,” Singer said.

Business and residential options are available, starting at $10. Participants receive a bin to put the glass in, which is collected bi-weekly. That glass is then turned into an Oklahoma company for processing, according to Singer.

Singer said he predicts the demand for this service will go up, as more major recycling companies move away from glass.

“We see a space for a local company that's worker-owned to step in and meet those needs,” Singer said.

Dumped Donations Cause Problems For Some Local Thrift Stores