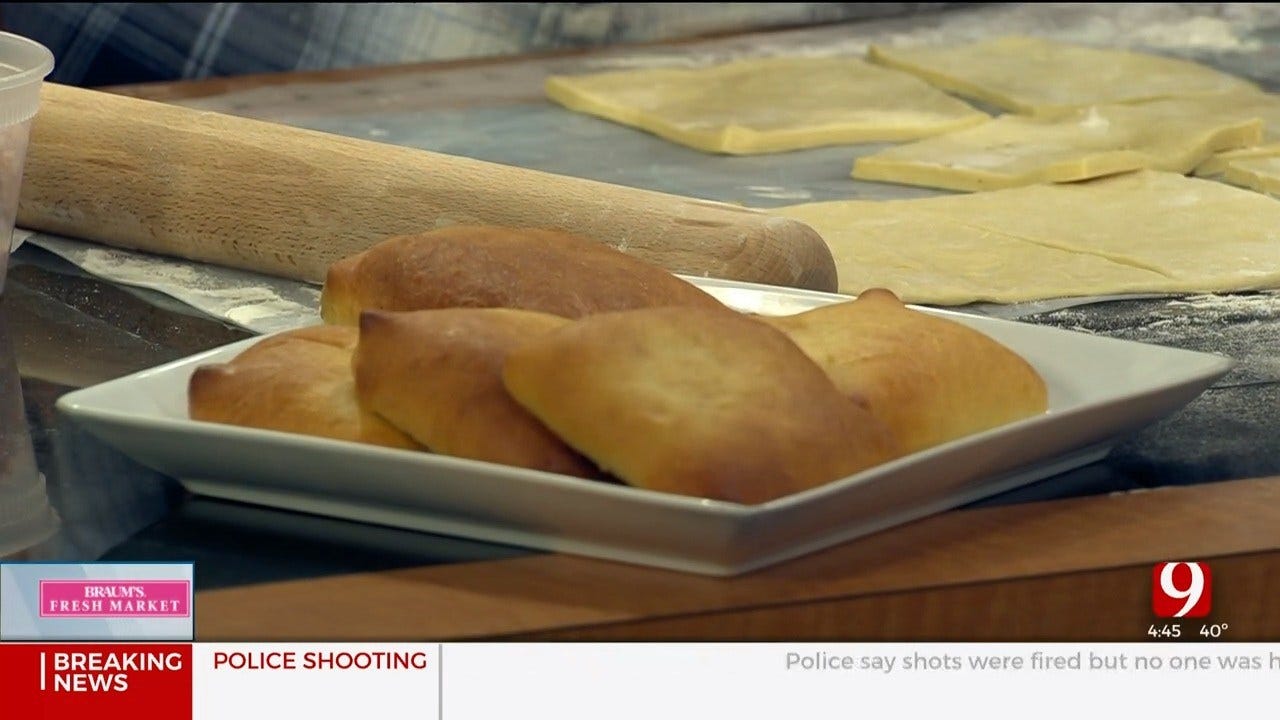 In a large mixing bowl of a stand mixer, mix together 1 3/4 cup flour, yeast, salt, and sugar just till combined. In a 2 cup glass measuring cup microwave for 2 minutes the milk, water and butter. Remove from The microwave and allow it to cool for five minutes. Slowly pour in the milk into the dry ingredients in the mixing bowl just till combined. Using the paddle attachment beat the mixture together as you add in the eggs. Do you want the batter to be smooth like a cake batter. Scrape the sides and change out the attachment for the mixer and use the bread hook. Add the remaining 2 3/4 cup flour to the mixture, scraping the sides periodically, until all the flour is added and a dough ball is formed. Turn up the mixer to medium high speed and knead the bread for for 5 to 6 minutes or until the dough is smooth. It will be sticky somewhat but it should be smooth. Remove the bread dough from the mixing bowl in place in a well oiled large bowl. Move the dough ball around in the bowl until it is completely covered with oil. Cover with a dish cloth and and sat in a warm spot to rise. This should be 1-2 hours.

While the dough is rising make the filling.

Sauté the ground beef and brought worst till it is cooked through. Drain the excess oil from the pan. Stir in the onion, one garlic clove, and cabbage. Continue cooking over medium high heat until the cabbage has reduced. Stir in 2 tablespoons flour, salt and pepper, allspice and clove. Cook for 1 to 2 minutes or until warmed through and then remove from the heat and allow to cool.

Preheat oven to 350°. Line a baking sheet with parchment paper and set aside. Punch down the bread dough and divide in half. Flour a clean flat surface and roll out 1/2 of the bread dough until it is 15 x 10“ in diameter. Cut the dough into 5 x5 squares. Use a 1/4 cup measuring cup and add the cooled meat mixture to the center of each square. To seal: Pinch together opposite corners of the square together. Then bring

one of the remaining corners toward the existing crimped middle but now crimp down each side and repeat on the other corner so you have four sealed seams. Make sure that these are well sealed or they will burst open when baking. Late each meet pocket sean side down on baking sheet. Repeat until all the dough has been used. Cover each of the baking sheets with a clean dish cloth and set in a warm spot to rise for 45 minutes. Brush the tops of the pockets with melted butter and bake for 14 to 16 minutes or until golden brown. Remove from the oven and brush with more melted butter. Serve warm.

In a saucepan, heat the milk, water and shortening to 120 degrees. (Note: between 110 to 120 is the standard temperature to heat liquid when adding it to a flour mixture that already contains the yeast, but make certain the temperature is not over 120.) Pour over the flour/yeast/sugar/salt mixture and stir to combine. Add eggs. Mix by hand or by mixer. Beat for about three minutes or so.

Stir in remaining flour, turn out and knead for a short time, three or four minutes, adding in a little extra flour if it’s too tacky. Your dough should be smooth and elastic when done, but still quite soft, and slightly tacky to the touch…this dough does not require the amount of kneading a regular loaf of white bread does. It’s actually more like a sweet dough (like one would use for cinnamon rolls.)

If your dough is not soft – has too much flour or is overly kneaded, your Runza won’t rise properly and will be lumpy, so err on the side of too little flour over too much. If your dough is dry, knead in a little more water, but it is always easier to add more flour than water.

Place in an oiled pan, then turn the dough over (so all is coated with oil) cover with a tea towel or plastic wrap and allow to rise for about an hour until doubled in size. Meanwhile, make your filling (below) and allow to cool, and then proceed to Fill and Bake.

In a good-sized pan, cook hamburger and onion until hamburger is cooked through and onion is fairly translucent. Add in chopped cabbage and cook until tender and wilted. Excess moisture can cause soggy bottoms in a Runza, so make sure your filling isn’t too wet.

Place the filling in a colander and allow to drain for about 15 minutes as it cools. Return to pan and add salt, peppers, clove, and allspice to taste. Adjust seasoning if needed.

Note: Some people don’t strain before adding the spices and just portion out their filling using a slotted spoon. The issue with this method is the spices drain out, too.

Proceed to Fill and Bake, below.

Gently punch down and divide the dough into two portions, covering one part with a towel or plastic wrap. Lightly flour your counter and rolling pin and roll dough into a rectangle about 10″ by 15″.

If dough is properly made, very little flour should be necessary. If it sticks, work a bit more flour as you roll by dusting under the dough and on the rolling pin. If the dough doesn’t roll out smoothly, cover and let it sit there for about 15 minutes to see if a rest helps it “relax.” If that doesn’t work, it may be possible it is too dry. Lightly sprinkle the faintest amount of water on it as you roll out and see if that helps.

Using a pizza cutter, trim the edges and divide into six 5″ by 5″ squares.

Using a slotted spoon or filling is already drained in a colander, a scoop, and transfer about a half of a cup of the filling to each square. Unless you’re interested in figuring out the exact weight of cabbage and onion, there will always be some variance in the amount of filling. Divide the filling roughly in half, and it’s easier to eyeball exactly how much filling to put in, a little more or a little less in each Runza to use up all the filling or make it stretch.

Pull up two adjacent corners toward the middle and seal the seams, repeat with the next corner and so on, as shown below. Make certain seams are sealed well – if the dough has become too dry to easily stick easily, run a slightly wet finger next to the edges and proceed. Edges that are not properly sealed will leak.

Preheat the oven to 350 degrees. Place the Runza on a lightly oiled baking sheet, seam side down. Cover with a clean tea towel. If working at a time of year with low humidity, lightly spray the tops of each Runza with oil so they won’t dry. Repeat with the remaining dough and filling. Let rise about 20 minutes or so. and perhaps a bit longer in cooler weather (the tops should be smooth.) Note added: Pick up each runza very gently before baking and turn over, making certain all seams are still sealed, then replace on baking sheet. Bake 15 to 20 minutes until golden brown. Remove from baking sheet and place on a wire rack.

While still warm, brush tops with butter. This is most easily done by opening the end of a stick of butter and running the end over the tops of the rolls.

The filling technique is pretty straightforward and much easier than it seems it would be.  Warning:  It can be a little messy, but things will turn out just fine in the end!