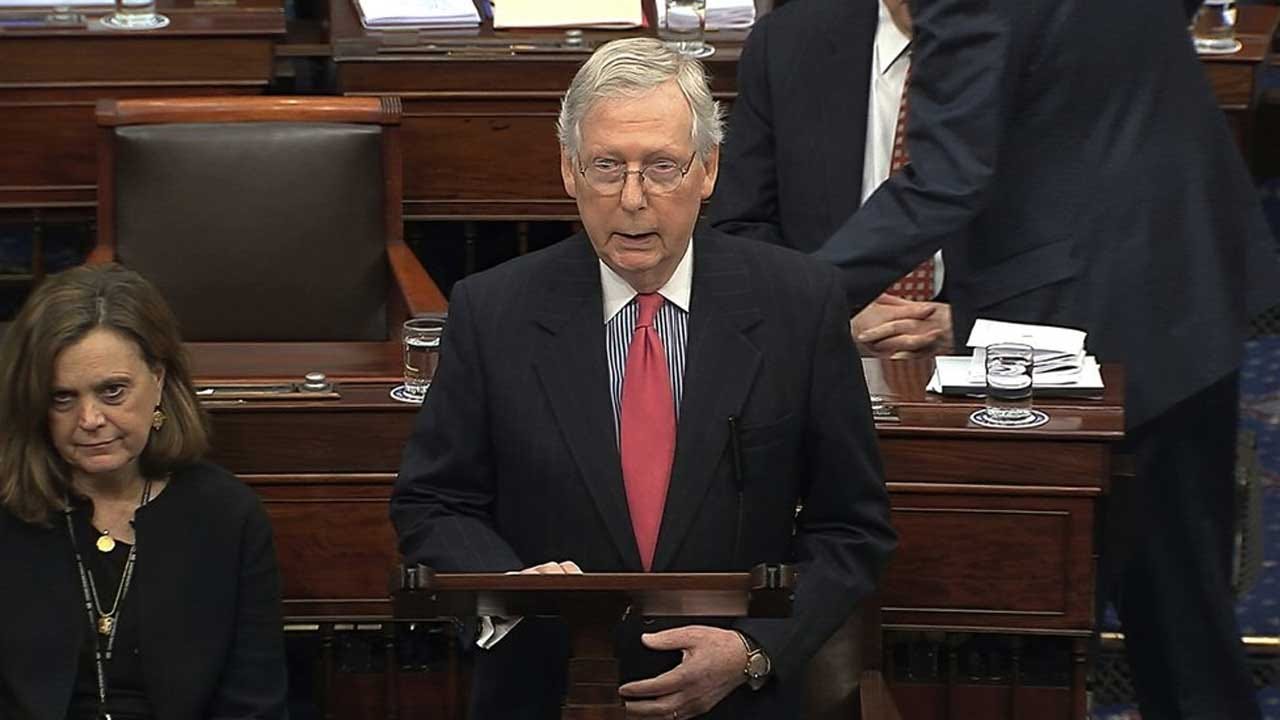 President Donald Trump’s impeachment trial is shifting to questions from senators, a pivotal juncture as Republicans lack the votes to block witnesses and face a potential setback in their hope of ending the trial with a quick acquittal.

After Trump’s defense team rested Tuesday with a plea to “end now,” Senate Majority Leader Mitch McConnell privately told senators he doesn’t yet have the votes to brush back Democratic demands for witnesses now that revelations from John Bolton, the former national security adviser, have roiled the trial.

Bolton writes in a forthcoming book that Trump told him he wanted to withhold military aid from Ukraine until it helped with investigations into Democratic rival Joe Biden. That assertion, if true, would undercut a key defense argument and go to the heart of one of the two articles of impeachment against the president.

“I think Bolton probably has something to offer us,” said Sen. Lisa Murkowski, R-Alaska.

Trump disagreed in a tweet Wednesday in which he complained that Bolton, after he was fired, “goes out and IMMEDIATELY writes a nasty & untrue book. All Classified National Security.”

The president had tweeted shortly after midnight about his former adviser, asking why Bolton didn’t complain “about this ‘nonsense’ a long time ago, when he was very publicly terminated.” Bolton left the White House last September and says he offered his resignation.

The uncertainty about witnesses arises days before crucial votes on the issue. In a Senate split 53-47 in favor of Republicans, at least four GOP senators must join all Democrats to reach the 51 votes required to call witnesses, decide whom to call or do nearly anything else in the trial. Several Republicans apparently are ready to join Democrats in calling witnesses.

The two days set aside for questions, Wednesday and Thursday, also allow each side more time to win over any undecided senators pondering the witness issue. In the meantime, all will have the opportunity to grill both the House Democrats prosecuting the case and the Republican president’s defense team.

Held to submitting written questions to be read by Chief Justice John Roberts, senators are expected to dig into the big themes of the trial — among them whether what Trump did or may have done rises to the level of “high crimes and misdemeanors” — as well as pointed and partisan attacks on each side’s case.

Trump faces charges from Democrats that he abused his power like no other president, jeopardizing U.S.-Ukraine relations by using the military aid as leverage while the vulnerable ally battled Russia. Democrats say Trump then obstructed their probe in a way that threatens the nation’s three-branch system of checks and balances.

The president’s legal team tried to lock up its case Tuesday and convince GOP senators that the president was right to ask Ukraine for investigations of Biden and his son Hunter and was well within his power to block the aid. They said he was not bound to abide by the congressional investigation.

Senate Republicans spent considerable time in private discussing how to deal with Bolton’s manuscript without extending the proceedings or jeopardizing the president’s expected acquittal. That effort lost steam as Democrats showed no interest, Minority Leader Chuck Schumer saying, “We’re not bargaining with them.”

GOP senators were warned that if they agree to call Bolton or try to access his manuscript, the White House will block him, likely sparking a weekslong court battle over executive privilege and national security.

Nonetheless, Sen. Mitt Romney of Utah and Susan Collins of Maine appeared to be backed by others in the move to seek more testimony.

Some Republicans including Sen. Pat Toomey want reciprocity -- bringing in Bolton or another Democratic witness in exchange for one from the GOP side. Some Republicans want to hear from Biden and his son, who was on the board of a Ukrainian gas company when his father was vice president.

Those swaps, though, seem likely to fail as most Republican senators don’t want to call Bolton and most Democrats would rather avoid dragging the Bidens further into the impeachment proceedings. The Bidens were a focus of defense arguments though no evidence of wrongdoing has emerged.

“I don’t know that the manuscript would make any difference in the outcome of the trial,” said Roy Blunt of Missouri, a member of GOP leadership. And some Republicans said they simply don’t trust Bolton’s word. Sen. Rand Paul of Kentucky called Bolton “disgruntled”’ and seeking to make money off his time at the White house.

But John Kelly, Trump’s former White House chief of staff, told an audience in Sarasota, Florida, that he believes Bolton.

White House officials privately acknowledge that they are essentially powerless to block the book’s publication but could sue after the fact if they believe it violated the confidentiality agreement Bolton signed.

Trump and his lawyers have argued repeatedly that Democrats are using impeachment to try to undo the results of the last presidential election and drive Trump from office.

“What they are asking you do is to throw out a successful president on the eve of an election,” said White House counsel Pat Cipollone.

Democrats, meanwhile, say Trump’s refusal to allow administration officials to testify only reinforces that the White House is hiding evidence. The White House has had Bolton’s manuscript for about a month, according to a letter from Bolton’s attorney.