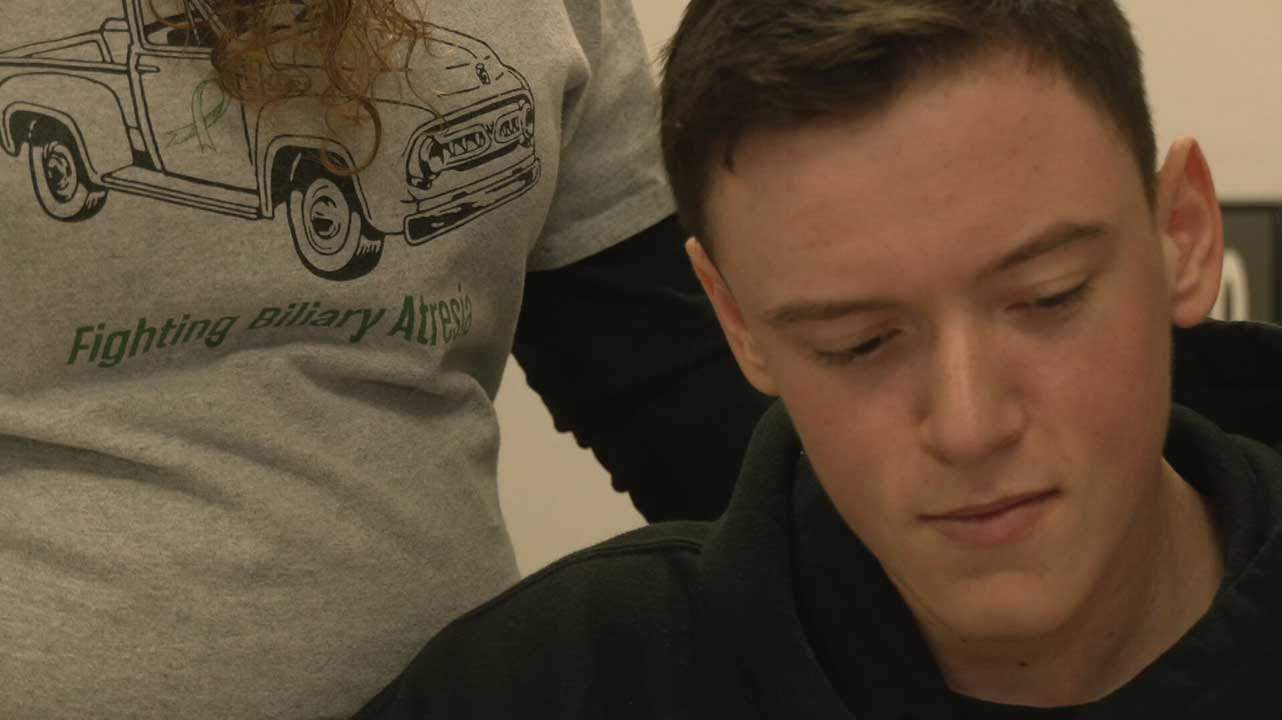 A 17-year-old boy from Jones needs to get to Houston for a lifesaving liver transplant.

His family, the Prices, are asking the community for their help with medical bills that are piling up.

Nathanael Price has been in and out of the hospital his whole life with a rare liver disease called biliary artresia.

But now, doctors told his family a liver transplant is a do-or-die procedure.

Although Nathanael's mom said her son's life's been normal, it's been anything but that.

“He’s still a normal little boy his whole life, he still get around like a normal kid,” Cathie Price said.

Nathanael spent his first 140 days inside a hospital. After his fourth birthday, Nathanael improved.

Then, things took a turn for the worse last June.

“I was on antibiotics every eight hours, three times a day. Now, I’m on just oral antibiotics,” Nathanael said.

Nathanael said he chooses teaching guitar, leading worship, and horses are his answers for getting away from it all.

But some days, the exhaustion is too much.

“I get a lot more tired than I used to,” Nathanael said.

He’s been in and out of the hospital four times since June.

“The doctors said his liver is not fully functioning anymore,” Cathie Price said.

On top of that, doctors found another problem -- a heart issue.

“He doesn’t have all these portal veins, he has all these microveins going into the heart,” Cathie Price said.

So Oklahoma City doctors said the procedure is too risky for them and he has to go to Houston.

Cathie Price said she wouldn't trade motherhood for the world, but can't wait to get on the other side of all this. She has six kids and three of them are with disabilities. The medical bills racking up.

Nathanael said with a normal liver, he can't even imagine what his life will be like.

“I’ll probably be bouncing off the wall,” he said.

The Price family is trying to raise $5,000 for hotel stay, car rental and lost wages. If you'd like to help them, you can find a link here.