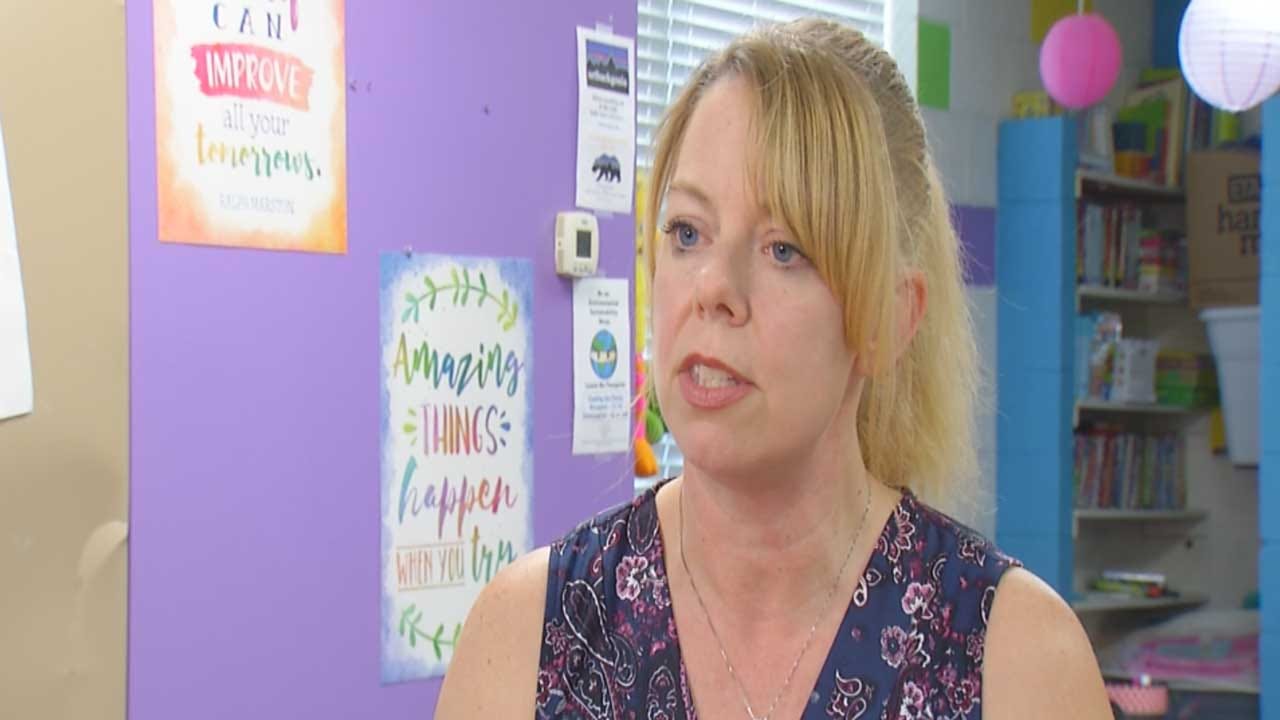 Teachers say they are once again stuck in the middle of a political battle at the Capitol.

The House has been trying to pass the proposed $1,200 teacher pay raise. The Senate wants to mandate schools go five days a week. Now, the two bills have been joined together.

Mrs. Alicia Lee has been teaching for 15 years. She teaches pre-K at Noble Schools, which has a four-day school week.

“I prefer the four-day both professionally and as a parent,” she says.

Lee says since she has Fridays off, she's able to work a second job that she would have to quit if her district was forced to go back to five days a week.

“When you balance what I would be giving up, I don’t think it’s worth it to me. To have to give up that job for roughly 50 dollars a paycheck,” she says.

When the legislature started talking about mandating five-day school weeks, the Professional Oklahoma Educators surveyed parents and teachers across the state. Of the 6,700 respondents, 83 percent of parents and 89 percent of teachers and school staff say they are very satisfied with the four-day schedule.

POE passed that poll onto legislators.

“I hate to see the legislature do something that is actually going to hurt our communities and make the teacher shortage even more severe,” said Ginger Tinney, Executive Director of the Professional Oklahoma Educators.

Districts which meet certain academic and financial benchmarks would be able to keep the four-day calendar. But Tinney says it’s more about local districts making the decision for themselves.

“Senate Bill 441 does not require a five-day school week, nor would it stop a four-day school week. It is a bill that would bring Oklahoma schools more in line with the rest of the nation as to the total number of days a child is in school. House Republicans made a significant investment in education last session, and we intend to continue that momentum this year by moving our teachers toward first in the region for teacher pay and increasing funding for the classroom. Teacher pay, and education funding in general, continues to be a top priority for House Republicans.”

An unofficial Facebook poll on a teacher advocacy page over the weekend showed over 2,000 teachers, many who teach five days a week, are against mandating five-day school weeks and only 87 were for it.