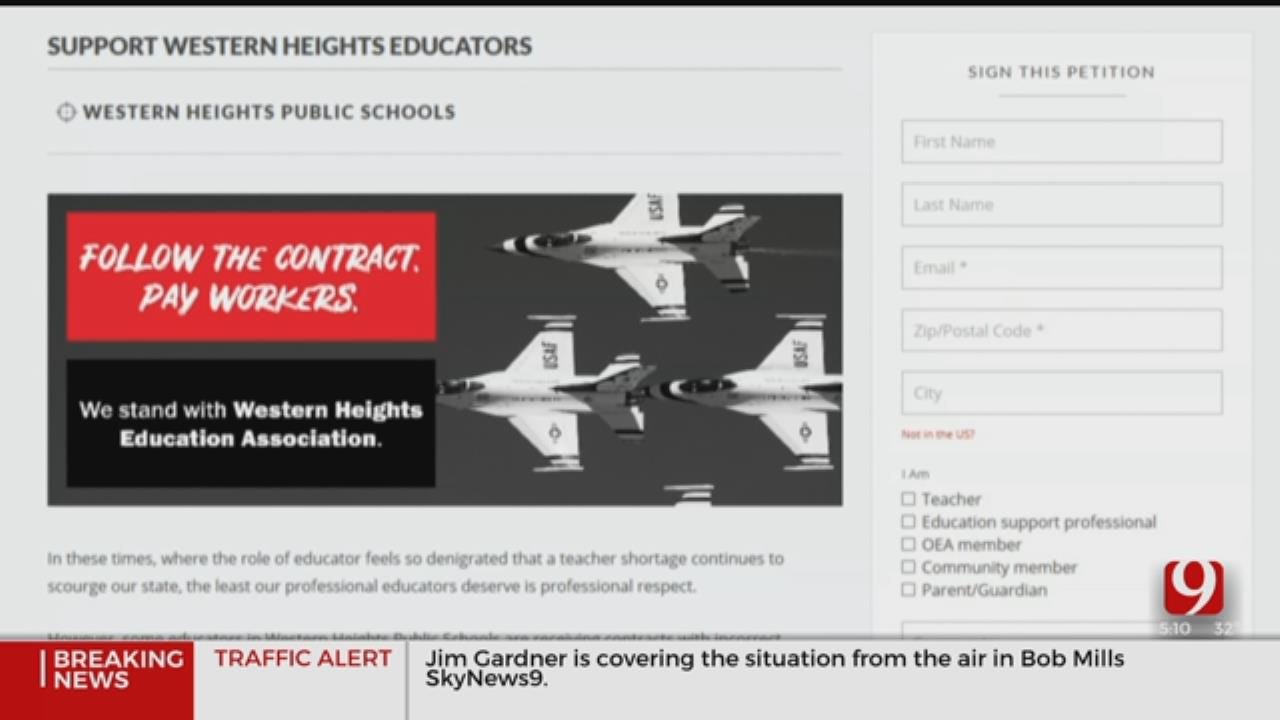 The state's largest educators organization is now weighing in on the situation at Western Heights Public Schools.

OEA is now circulating a petition asking members to show their solidarity with teachers and support staff in the district.

In the petition, the OEA lays out a plethora of problems it sees with the district's current administration.

Among the dozens of Western Heights parents and staff at Monday night's board meeting was OEA President Alicia Priest. At that time, Priest said the OEA was there to support teachers and staff.

Now, the organization is asking members across the state to do the same. They encouraged them to wear red Wednesday in support of fellow educators, in addition to signing the petition.

“Since the walk out, we know that when we all stand together and we are stronger,” said Vicki Vaughan an OEA Board member.

“They have this contract that they negotiated, and we want to stand by them to make sure that’s followed through,” said Vaughan.

The petition goes on to say:

“The administration of WHPS has also eliminated overtime for bus drivers by claiming a need to "cut back" on expenditures.

And yet, this same administration also:

- Pays their superintendent, someone with no teaching or school administration experience, more than eight times the average of districts of comparable size.

“Since I’ve been on board August 1, there has not been one grievance filed and then all of sudden this petition gets filed with all of these lies. No one is backing up anything they are just throwing things out there,” said Barnes.

Barnes takes issue with the comparison of his salary, saying that would mean other superintendents are making $27,000/a year. And he told News 9 the new positions add closer to $220,000 and there are currently two open administrative positions.

And he said all employees are getting paid.

“We’ve got contracts out there, the vast majority out there are correct. The ones that are not, we’re the ones that have pointed it out to them,” said Barnes.

Barnes said he will be contacting his attorney about all this.

As of 5 p.m. Wednesday, OEA said they had 133 signatures on the contract.