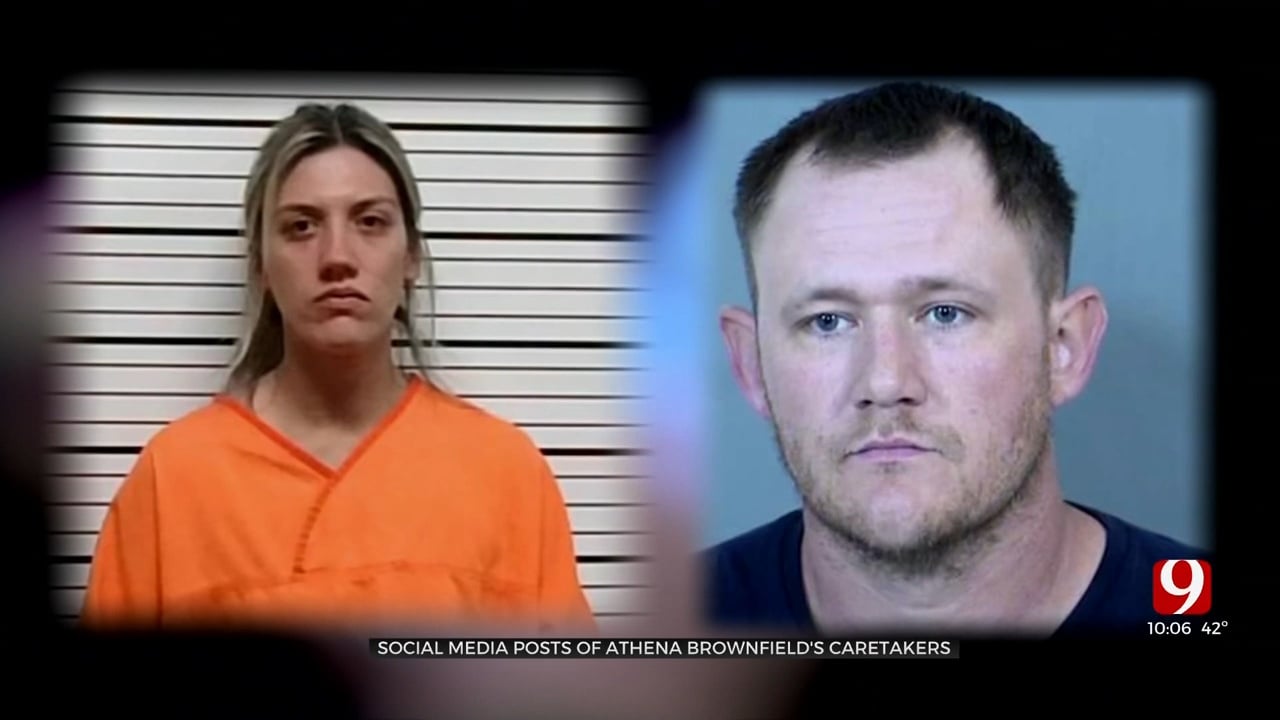 A couple attended a party and posed for pictures just days after investigators believe one of them killed 4-year-old Athena Brownfield.

The remains of a child were found Tuesday in a shallow grave in Grady County.

Disturbing posts to social media that include selfies, motivational quotes were posted to their social media accounts days after investigators believe Athena was murdered

An all-out search for Athena Brownfield was triggered, just two days after her sister was found wandering near a Cyril home.

The girls’ caretakers Alysia Adams and her now estranged husband Ivon were arrested.

In court filings, Alysia told OSBI investigators- on Christmas Day her spouse Ivon beat Athena until "she was not moving, and her eyes were barely open."

At around 1 a.m. on Dec. 26, Alysia said Ivon left their Cyril home and later returned and told her he had buried Athena along the fence line of their former residence near Rush Springs.

Despite that, posts to social media indicate the couple never grappled with Athena's death.

Just three days after her murder, Dec. 29, Alysia took to her Instagram to show off her manicure.

On Dec. 30, she posted her photo at a hair salon, ahead of her husband's work party where they are both seen smiling for the camera. Also from that night, a picture showed Adams posed for a silly picture atop a buffalo statue.

Then on New Year’s Eve, Alysia shared a quote that read "I love New Year’s...this feeling of starting over again."

On Jan. 3, she said, "One thing I realized is that everything always ends up working out. "

Then on Jan. 6, the day investigators believed Athena's sister had been left alone,

Alysia posted pictures taken on a date with a new boyfriend that read "best night with the man of dreams."

She went on and said, "Can't wait to build the best life with you."

In a statement to News 9, the man pictured on the date with Alysia said as a father, his heart goes out to Athena and that he hopes justice will be served.