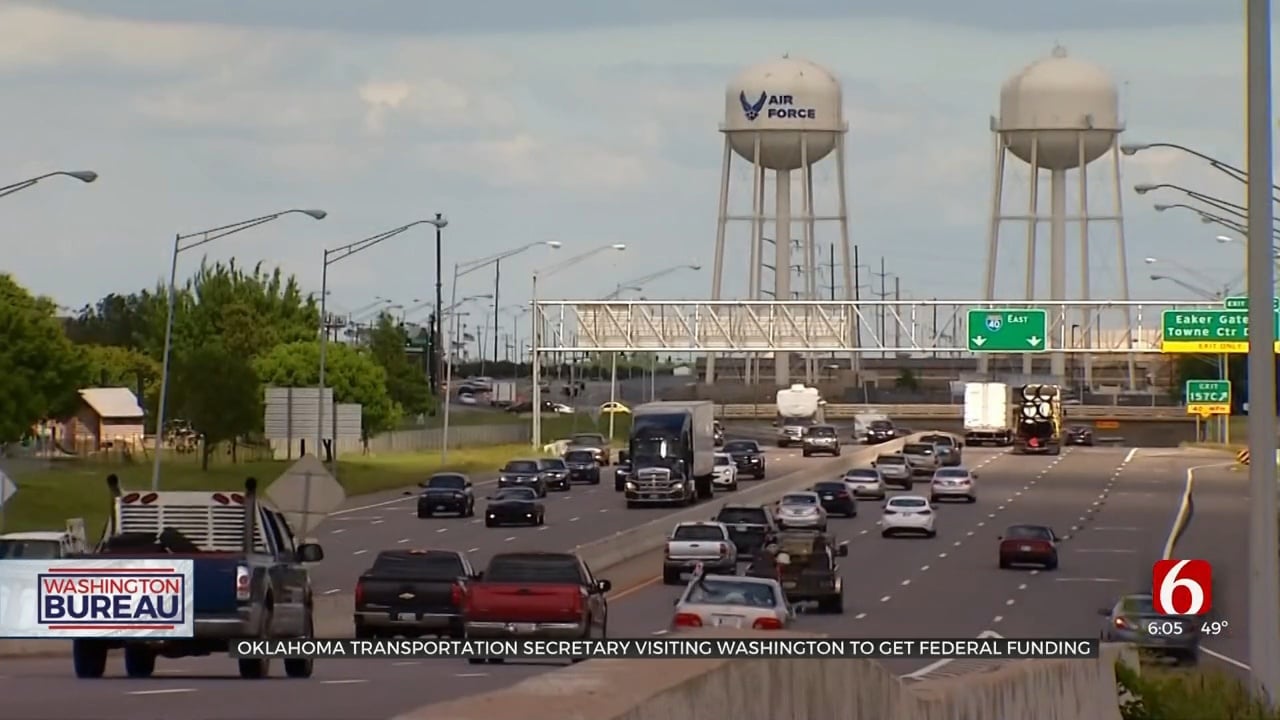 Oklahoma transportation officials are doing their best to tap into the billions of dollars in federal funding available through the landmark infrastructure initiative Congress passed last year. To that end, the state's Transportation Secretary, Tim Gatz, took numerous meetings in Washington this week.

This certainly isn't the first rodeo for Secretary Gatz, who’s worked for decades at ODOT and currently serves as its executive director; he knows that to get some of the discretionary funds contained in the Infrastructure Investment and Jobs Act (IIJA), he has to engage with his federal counterparts.

"There’s a lot going on right now and we want to make sure we’re not missing something."

Contained in IIJA, or the Bipartisan Infrastructure Law, which President Biden signed 13 months ago, is $66 billion for rail improvement, about a third of that specifically earmarked for Amtrak. Gatz said that funding could help extend the Heartland Flyer north.

"Between Oklahoma City and Newton, Kansas, we’ve got the Burlington Northern Santa Fe line -- the Flyer runs on it to Fort Worth now," Gatz explained. "Anyway, it would require some additional investment in that line to bring it up to passenger rail standards, which is kind of the conversation we’re having."

The law also contains additional funding for highway safety, a big deal in Oklahoma, Gatz said, where there are 5,300 miles of unshouldered two-lane rural highways.

"That’s a safety concern because too many times we see people have a roadway departure accident, where they drop the wheel off the edge of the pavement, depart into the ditch or over-correct and a lot of times that results in a rollover or a head-on collision with oncoming traffic," said Gatz. "Those are horrific accidents, so we are making a big investment -- we’ve got about 1,100 miles either under construction or in the eight-year work plan now."

Also in the eight-year plan is the new Sen. James Inhofe Interchange on I-40 at Douglas Blvd., the entrance to Tinker Air Force Base.

"That interchange, I think, really epitomizes what Senator Inhofe has done for Oklahoma," said Gatz, "because it’s the confluence of our Air Force Base and his dedication and commitment to the military…and also, his commitment to infrastructure."

ODOT held a groundbreaking ceremony with Inhofe at the work site last month.

"Very exciting project," said Gatz, "[and] super appropriate to really put an exclamation point on what Senator Inhofe has done for Oklahoma."

Unrelated to transportation and infrastructure, but related to Sen. Inhofe, the expectation is that the 2023 National Defense Authorization Act, named in Inhofe's honor, will be taken up in the Senate next week, likely providing the last opportunity for the retiring 88-year-old to speak on the Senate floor.