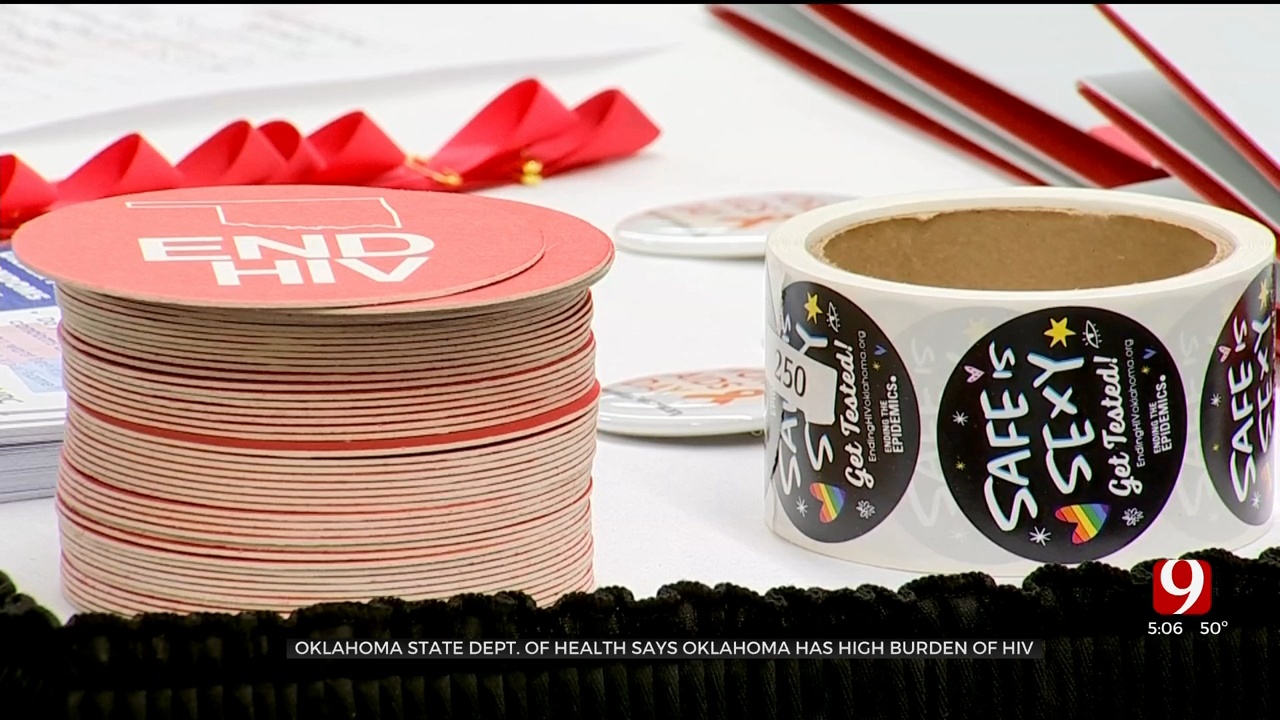 The Oklahoma State Department of Health is teaming up with local organizations to spread awareness about World AIDS Day.

The Oklahoma State Health Department said Oklahoma is one of seven states that has been identified with the highest rural burden of HIV.

“There's a lot of people who do not really have convenient access to healthcare, like they say, in a metropolitan area like Oklahoma City or Tulsa. So, when people contract HIV, they may not be able to get to a doctor to get seen in a convenient time frame,” William Andrews said.

OSDH said they're working to combat this. December 1 is World AIDS Day.

“Since the early 80s, when HIV first was identified, there have been about 80 million people worldwide have contracted the virus and about 40 million have died," Andrews said.

It’s a day to support those living with HIV and those who have lost their lives. With the help of groups, like local sorority chapters, they're encouraging others to know their status.

“I will say, I am encouraging everyone to get tested to know your status. I can’t tell you enough why it’s so important. Just knowing your status is the first step,” Kieulah Blackmon said.

Theodore Noel with Guiding Right said World AIDS Day is just to kick off their efforts to educate the community on the importance of AIDS education and address any misconceptions.

“Well, the Centers for Disease Control and Prevention recommends individuals between 13 to 64 at least on an annual basis. Obviously, if folks are having multiple sexual partners, it's probably proven that they get tested more than once a year,” Noel said.

OSDH said there are plenty of free HIV screenings opportunities and access to preventative care throughout the state.

“In addition to a range of community properties that we work with, any county health department can offer free HIV and sexually transmitted infection screenings,” Andrews said.

“There’s also a site that is at ENDINGHIVOKLAHOMA.org that has a place where you can just type in ZIP code, and it will show you the nearest place to get free HIV testing, STI testing, treatment. You can even order free condoms on that site. There’s a range of services out there people just have to take advantage of them.”