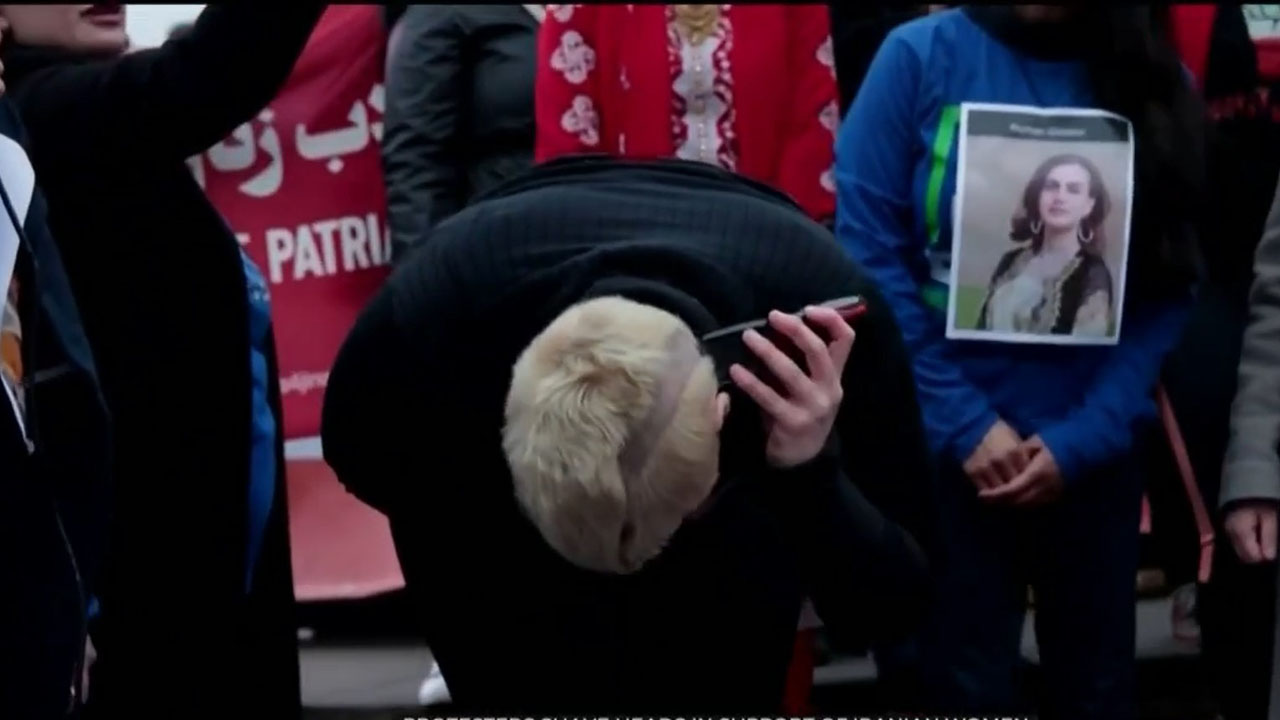 Around the globe, women are shaving their heads to show their support for women's rights in Iran.

Protests have shaken Iran following the death of 22-year-old Mahsa Amini, who died while in custody of Iran's Guidance Patrol, also known as morality police.

Amini's father blames the police for her death, however, an Iranian coroner's report said she died from multiple organ failure, not violence.

One demonstrator in London, Victoria Guggenheim, shaved her own head in support for the protests.

"I shaved my head in solidarity with the women of Iran," Guggenheim said. "This is a women's revolution."