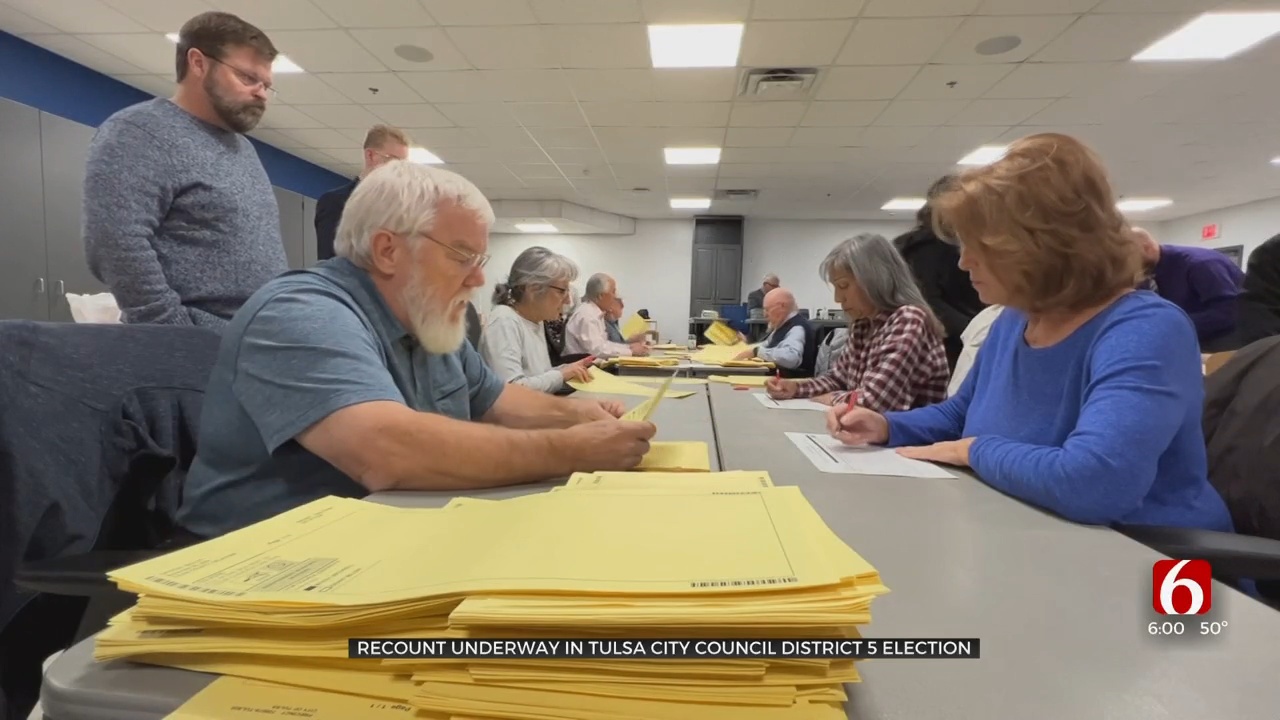 A Tulsa City Council election, decided by a 27 vote margin, could be upended by a court challenge, and recount, or a judge could let the results stand.

The results were certified by the Tulsa County Election Board and challenged by both the winner and loser.

Miller, the winner, has asked for a recount, while an issue of some voters being refused ballots is the subject of an irregularities petition filed by Mykey Arthrell.

A judge started hearing the irregularities case Thursday, before deciding to wait until Tuesday for the final testimony, and for results of the recount.

For that, stacks of ballot boxes were pulled out of the vault, and precinct workers separated the city ballots from the state ballots, before starting a manual recount of each precinct.

Both candidates had poll watchers standing behind the counters - so they could watch and verify the results.

The court action centers on reports that some voters didn’t get city ballots, and the question of how many, and whether that’s enough to flip the election.

“We were able to present affidavits from at least three voters who are on the books as not getting a ballot, and they say they did, and there are more of those people,” Attorney James Hicks, representing Miller, said.

Hicks said they intend to contact voters through the weekend and have some in court next Tuesday.

The courtroom was crowded with supporters of the candidates, as was a gallery for spectators at the election board.

“It's not a political issue, it's whether the law was followed, and here we have this unusual situation of some people just didn't get to vote,” Taylor Burke, representing Arthrell, said.

Because Miller asked for the recount, he has to pay the $2,400 cost, regardless of the outcome.