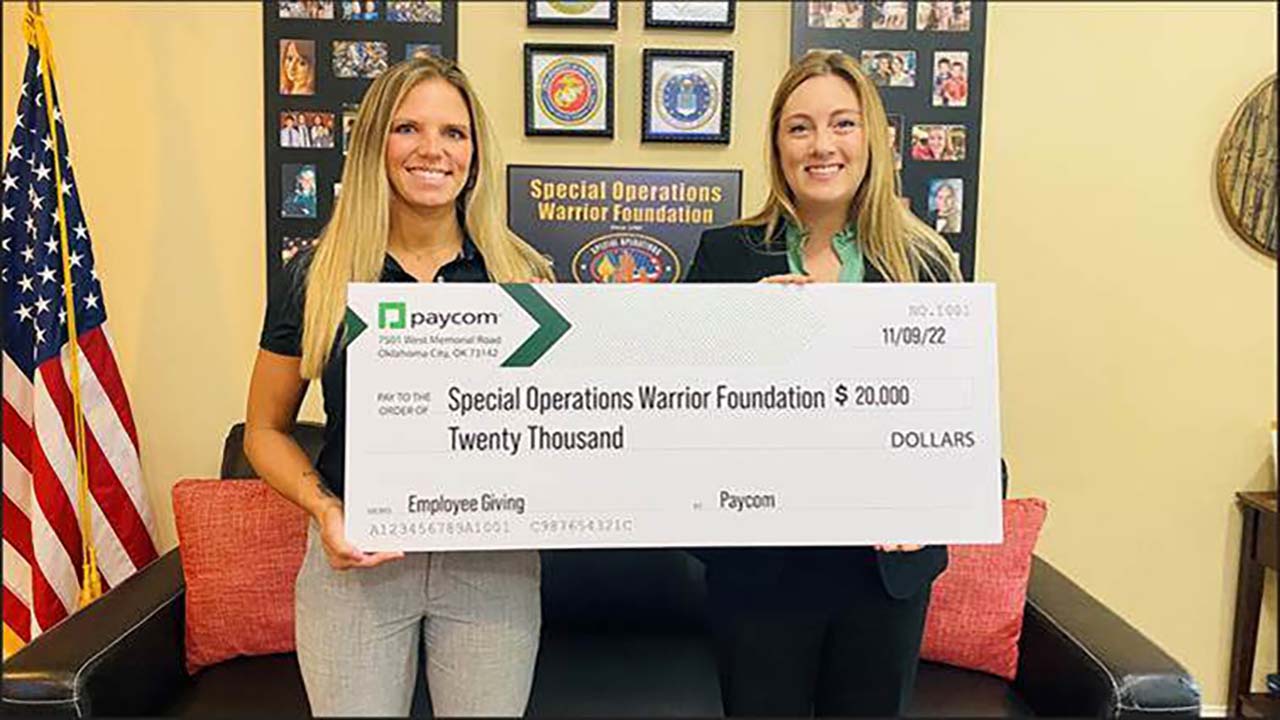 An Oklahoma company announced nearly $65,000 in giving to military-related causes ahead of Veterans Day.

In an email to News 9, Oklahoma City-based Paycom announced the military-appreciation efforts including $64,500 to veteran-focused organization, an exercise challenge, and preparing deployment packs for active service members.

"Paycom is honored to serve those who have sacrificed for our nation," said Justin Long, executive vice president of operations at Paycom. "Our employees have been enthusiastic about supporting our veterans, active military members and their families through these initiatives."

Paycom gave $20,000 to Special Operations Warrior Foundation (SOWF) and more than $44,500 to Courage Foundation through a 'Burpees For Vets' challenge. Paycom employees also volunteered their time to filling deployment packs and writing thank-you notes to those serving.

"We appreciate the generous support of Paycom and their employees," said retired Maj. Gen. Clay Hutmacher, president and CEO of SOWF. "As we serve the children and families of our nation’s heroes who made the ultimate sacrifice, we are grateful for the continued support of caring organizations such as Paycom."

"It's an honor to partner with Paycom for the BurpeesForVets Challenge," said Sid Ellington, executive director of Courage Foundation and retired U.S. Navy SEAL. "Beyond demonstrating a deep commitment to supporting our nation's heroes upon their transition out of military service, Paycom's creative involvement in this campaign is pioneering a new era of corporate philanthropy."