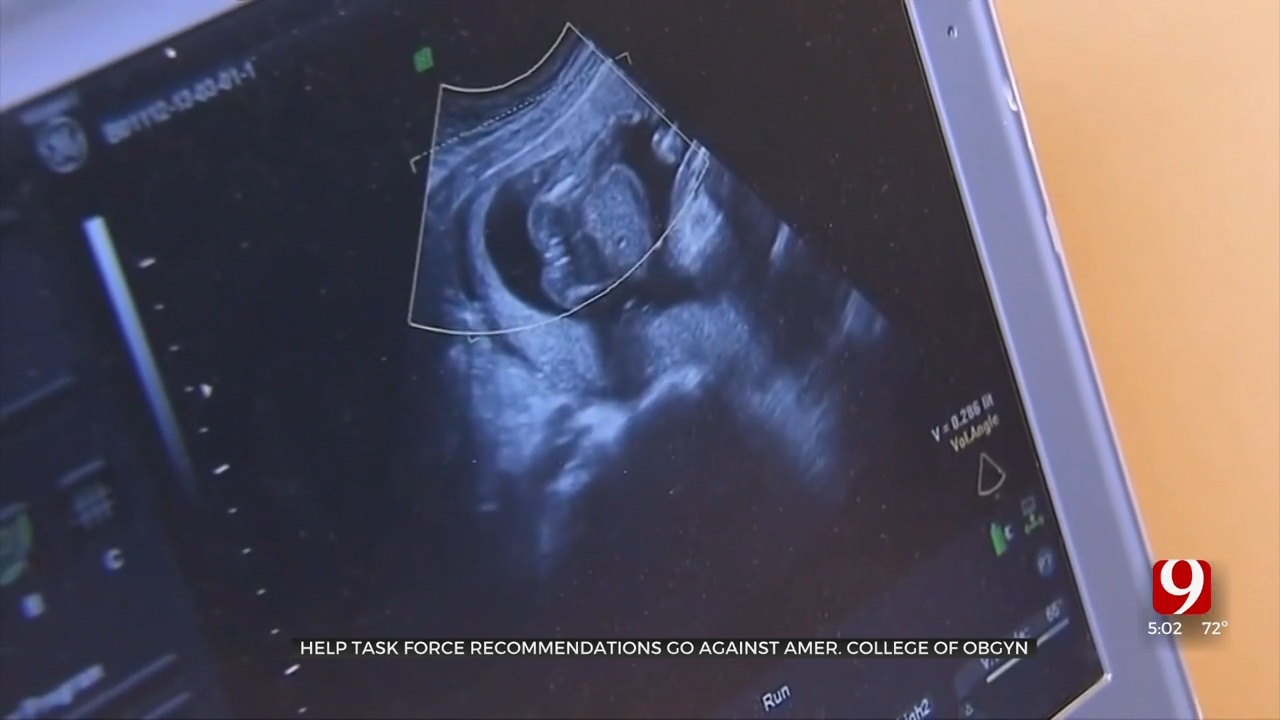 This week, Governor Stitt's H.E.L.P. Task Force made certain recommendations for pregnant Oklahomans that goes against recommendations from the American College of Obstetricians and Gynecologists.

The task force's role is to recommend policies and programs to support crisis pregnancy centers and pregnant people.

"It is the recommendation of the Task Force to establish a statewide cooperative network and process for the availability of the Abortion Pill Reversal, in conjunction with Heartbeat International, St. Francis Health System and other health systems, clinics, pregnancy centers, and providers,” the task force said.

The state’s H.E.L.P. Task Force made 17 recommendations. The recommendation to make abortion pill reversal more widely available was brought to the group by the St. Francis Health System and Heartbeat International, an anti-abortion organization.

The process of abortion pill reversal happens after the first pill of a two-pill series is taken. The pregnant person is given high doses of progesterone.

According to the ACOG, progesterone may reduce risks of miscarriages in people with a history of them.

"Claims regarding abortion 'reversal' treatment are not based on science and do not meet clinical standards,” the ACOG said on its website. “The American College of Obstetricians and Gynecologists (ACOG) ranks its recommendations on the strength of the evidence and does not support prescribing progesterone to stop a medical abortion."

"The abortion pill reversal with Heartbeat International, who have done lots of scientific studies that seem to be denied by others, so we expected that conversation," Merciez said. "There's two sides here. Two opposing sides. I'm always going to side on what I can see as an outcome and know is true."

St. Francis stands by their recommendation. The Oklahoma State Department of Health acknowledged the treatment does not meet standards with the Food and Drug Administration either.

"There's no way to say to a pregnant woman wanting to reverse her abortion process, ‘Well, some of you will get a placebo and some of you won't,’" Merciez said.

As of now, the only recommendation put into practice is the SoonerCare expansion. The task force also recommended they extend their abilities by either executive order or legislative process.