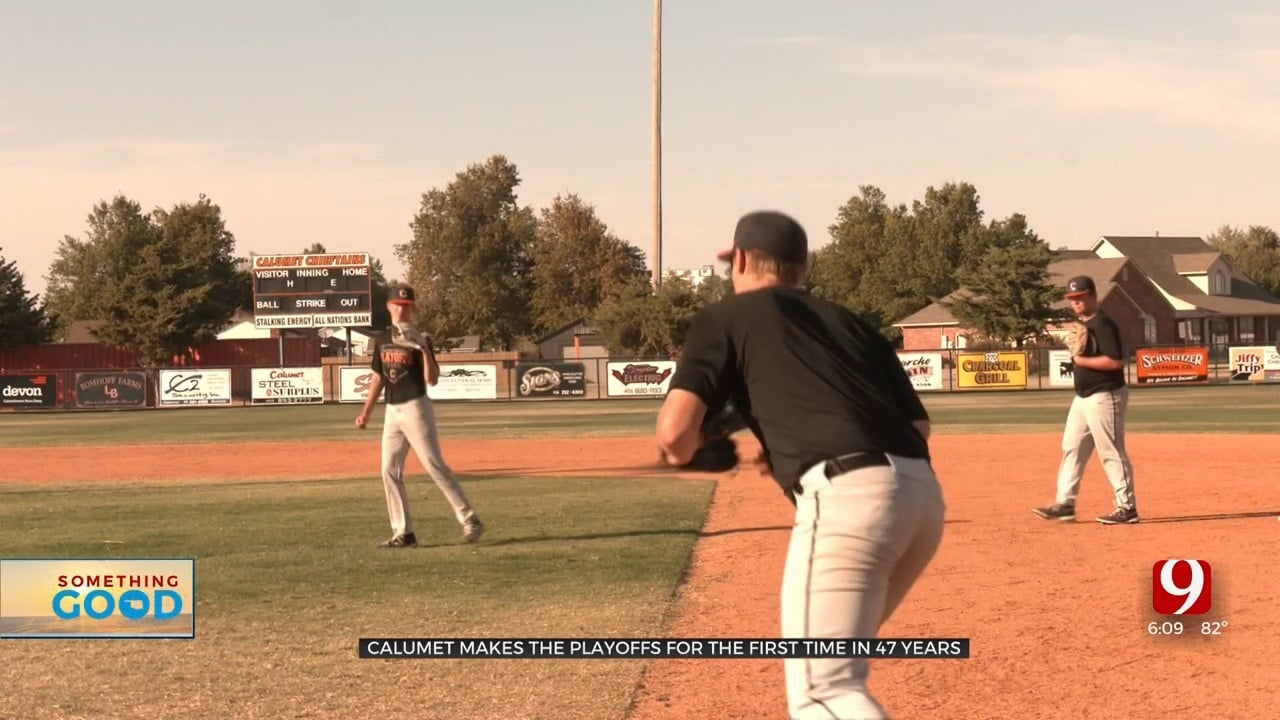 1975, that was the last time the Calumet Chieftains were in the state baseball tournament, but this year, all of that changes.

“We put in a lot of hard work, and we just don’t stop, we keep the foot on the pedal,” said Wyatt Dean, Calumet High School baseball player.

With a population of just over 500, Calumet doesn’t have a football team and in past years all the attention has gone to the basketball team.

“We’ve got six, seven, eight guys that can go out and pitch, so that makes us deeper,” said coach Cody Thiessen.

This is Thiessens first year in Calumet, but he has coached on the big stage before.

“We won back-to-back state championships there in 13 and 14,” said Thiessen.

When coach Thiessen came to Calumet, he immediately recognized the potential of this team.

“You know I can almost guarantee that we’ve broken the record for Calumet in stolen bases, you know we really like to run, we’ve got a lot of athletic guys and have a lot of speed,” said Thiessen.

“This is a big thing for our town, our boys haven’t been to state in the last 47 years, and everybody is talking about it,” said Calumet resident Karysa Meade.

With a 24 and 4 record this season the team knows they have something special.

“It hit me when we won regionals, I’m really pumped up, I’ve always wanted to make it and we’ve finally made and I’m just super excited,” said Wyatt Dean.

“We try really hard every day in practice, we play hard, I mean we do the right things,” said Dalton Belcher, Calumet baseball player.

“When the lights come on and it’s time to do something these guys are really good about keying up and going out there and focusing and playing hard,” said Thiessen.

As coach Thiessen prepares his team for the playoffs, he reminds them to keep things in perspective.

“You hope that you can teach them something about life more than just baseball but once you win it, it’s just something they can never take away from you,” said Thiessen.

The class B state tournament starts this Thursday at Edmond Memorial High School, with the final game at Bricktown Ball Park on Saturday.